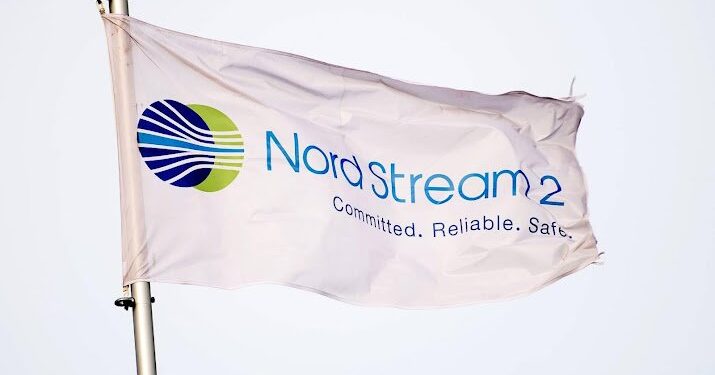 Russia’s reduction of gas flow has been viewed as a blatant attempt to force Germany to certify the Nord Stream 2 pipeline.  Nord Stream 2’s completion has been deeply controversial in Europe and European officials have repeatedly warned that it concentrated too much power in the hands of Russia while doing nothing to reduce Europe’s over-reliance of fossil fuels, even if gas is ‘less damaging’ to the environment.  Opponents of the Nord Stream 2 pipelines have acknowledged its construction fundamentally undermined Ukraine’s economy which benefits from gas-transit fees all while increasing Russia’s access to ready cash that blunts the effects of European Union sanctions imposed on Russia.

The European Union (EU), United Nations (UN), Canada, the United Kingdom and United States, amongst other nations, have imposed sanctions against Russia for its illegal invasion and temporary occupation of Ukraine’s Donbas and attempted annexation of Crimea.  In response, Russia has recently used its powers on the United Nations Security Council (UNSC) to send a message to sanctions experts that their contracts with the UN will be jeopardised if they continue to scrutinise Russia’s military activities, like those in Ukraine and Africa, too closely.

Russia has significantly reduced the amount of vital gas supplies to Europe in advance of what weather forecasters predict will be a severely cold weather subject to extreme weather events driven by unbridled climate change.  The reasons offered by Gazprom (Russia’s State controlled energy corporation), vary alternatively from routine maintenance to supply capacity to demand issues.  Analysts agree that the driving issue, however, is Putin’s use of gas supply to inflict political pain and pressure on the West.  Additionally, reductions in gas flowing to Europe not only increases prices in the face of growing winter demand (all to Russia’s benefit) but also risks significantly driving-up inflation rates that already threaten European and international economic resilience during the Covid-19 pandemic.

Russia is making good on its threats to Europe’s very security.  On 8 November, Russia’s involvement in ‘instrumentalising’ migrants by paying them to fly to Minsk from the Middle East only to be driven in Belarus military vehicles to the Polish border have caused chaos in Europe.  A sophisticated disinformation campaign has been waged against these ‘migrants-made-Russian-pawns‘ which promises them a Polish “safe passage corridor to Germany” from Belarus which does not, nor will it exist, according to European officials.  The Russian-Belarus-Syrian triad of exploiting and enticing migrants to fly to Minsk (many who claim they were paid by Russian and Belarus with promises of entry into Europe), has resulted in the deaths of migrants due to severe exposure when they unable to enter Europe as promised.  As a result of unrest at the border, which has included attacks upon Polish border guards, Poland has had to mobilise their police and military to assist with security operations.

Concurrently with creating a migrant-driven humanitarian crisis on the Polish and Ukrainian borders, Russia has been conducting “snap drills” with the Belarus military within a few kilometers of the Polish border.  The un-announced joint-military activity has created significant concern in Poland and Europe, causing Poland to mobilise its military to protect the border and NATO to enhance its preparedness posture.

The ‘instrumentalising’ of Middle Eastern migrants largely from Syria and Iraq to threaten Europe’s borders is the fulfilment of Belarusian dictator Alexander Lukashenko’s threat to “flood Europe with refugees” in retaliation for sanctions against his increasingly violent and volatile regime.  On 23 May 2021, Belarus used a hoax of reporting a bomb on-board an Irish Ryan flight from Greece to Lithuania in order to force the Irish Ryanair jet to deviate from its course, under threat of jet fighters, to land in Minsk.  Once on the ground, a young journalist, Roman Protasevich (an outspoken critic and pro-democratic, civil society activist opposing the Lukashenko regime), was forcibly removed from the flight and placed under arrest along with his girlfriend.  For this act of air piracy and other bad acts, Belarus has been the subject of increasing sanctions over the past year.  More sanctions by the EU are anticipated over the exploitation of migrants at the Polish and Ukrainian borders.

Yesterday, following consultations with NATO and Ukraine’s Foreign Minister, Dmytro Kuleba, France and Germany announced their unwavering solidarity with Ukraine and simultaneously warned Russia about the un-provoked build-up of Russian military, armour, artillery and logistical support units on the Ukrainian border.  The EU has equally warned Belarus about its coordinated acts to exploit migrants to threaten European Security.

With Nord Stream 2 certification now suspended for the foreseeable future, markets reacted swiftly, driving-up gas prices.  Russia’s continued manipulation of the market, threats to its neighbours and bad acts directed at Europe, directly, or indirectly by its Belarus lackey, Lukashenko, are forcing Europe to react more sternly to the threat Russia poses to Europe’s security, economic stability and all while Europeans face hybrid-warfare manipulation to cause civic unrest and domestic political disenchantment across the continent.