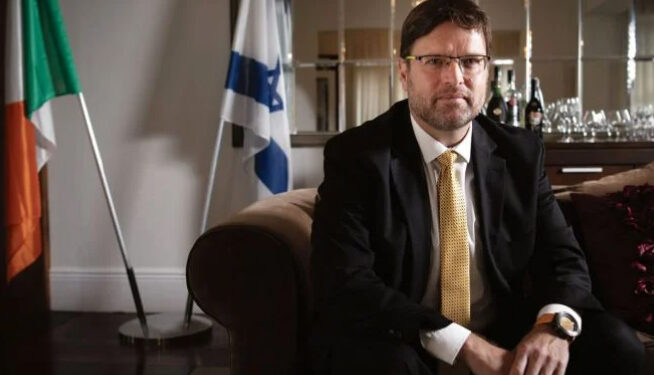 The conferral of the awards of the Diplomatic Service Medal will take place in December.  Mr. Leonard Abrahamson, President of the Jewish Representative Council of Ireland will receive the medal on behalf of His Excellency Mr. Ophir Kariv as the Ambassador departed Ireland earlier this year to take up another post on behalf of Ministry of Foreign Affairs of Israel.

His Excellency Mr. Ophir Kariv was born in Haifa, Israel.  He earned a Bachelor of Arts in International Relations from the Hebrew University of Jerusalem and a Master of Business Administration from University of Haifa.

He began his career with the Ministry of Foreign Affairs in 1994.  He was Director of the Department for Israeli Consulates in the United States and has also held roles in the Public Diplomacy Division and in the Human Rights and Humanitarian Affairs Department in the Ministry of Foreign Affairs.  He has also been Deputy Head of Mission in Israel’s embassies in Bulgaria, Denmark and Thailand. Before moving to his role in Ireland, he was Director of the Northern Europe Department in Israel’s Ministry of Foreign Affairs.  Kariv presented his credentials to the President of Ireland, Mr. Michael D. Higgins, on October 16, 2018, showing him to be Ambassador Extraordinary and Plenipotentiary of Israel to Ireland. He participated in the “Holocaust Memorial Day Commemoration” where on 27 January 2019, President Michael D. Higgins was the keynote speaker.

Ambassador Kariv will be awarded the Diplomatic Service Medal with Honour for exceptional representation of his Mission during his tenure.  His advocacy for his State, its people, the promotion of trade and tourism, as well as his work with his fellow diplomatic partners from the Middle East serving in Ireland to build greater understanding and cultural ties, all while enhancing the chances for peace and security in the region following the Abraham Accords is commendable.  Moreover, His Excellency used his voice to raise awareness about the dangerous trend towards intolerance in Europe and throughout the world.  Ambassador Kariv called upon humanity to be vigilant about the real and present danger of genocide reoccurring in numerous areas of conflict and social unrest, and in so doing, served all of humanity.  He has been a guest on our programme, “In Conversation This Week with Miceál O’Hurley” in April 2021. 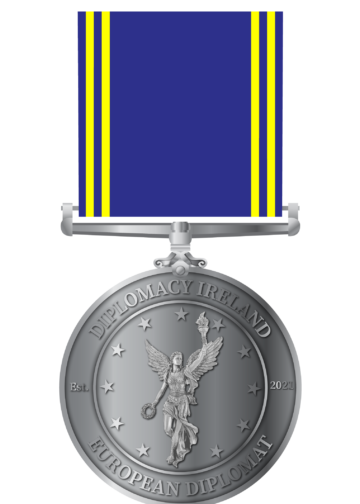 Comments from Editor-in-Chief Miceál O’Hurley
“The Diplomacy in Ireland – The European Diplomat Awards are about honouring how diplomats, and those who contribute to the field of diplomacy and international relations, use their skills and the tools at their disposal to fulfill their mission.  It is about recognising excellence and exceptionalism in service, and at times – courage.  Ambassador Kariv performed his duties for his State with great skill, confidence, discretion and a desire to build relationships throughout the world.  I congratulate his on his exceptional exercise of his powers Extraordinary and Plenipotentiary to advance the cause of his State and building good relations with others,” said O’Hurley.

Comments from Awards Chairperson Oksana Shadrina
“Diplomats are often called-upon to undertake difficult tasks in unenviable situations where conflict and divisiveness abound.  When Ambassador Kariv confronted such situations he is known to have been particularly skillful in trying to resolve conflict and build bridges, even with non-traditional partners, thus creating a more fertile field for understanding and accord.  We are pleased to recognise his skills in the field of Statecraft and Diplomacy at the 2021 Diplomacy in Ireland – The European Diplomat Awards,” remarked Shadrina.