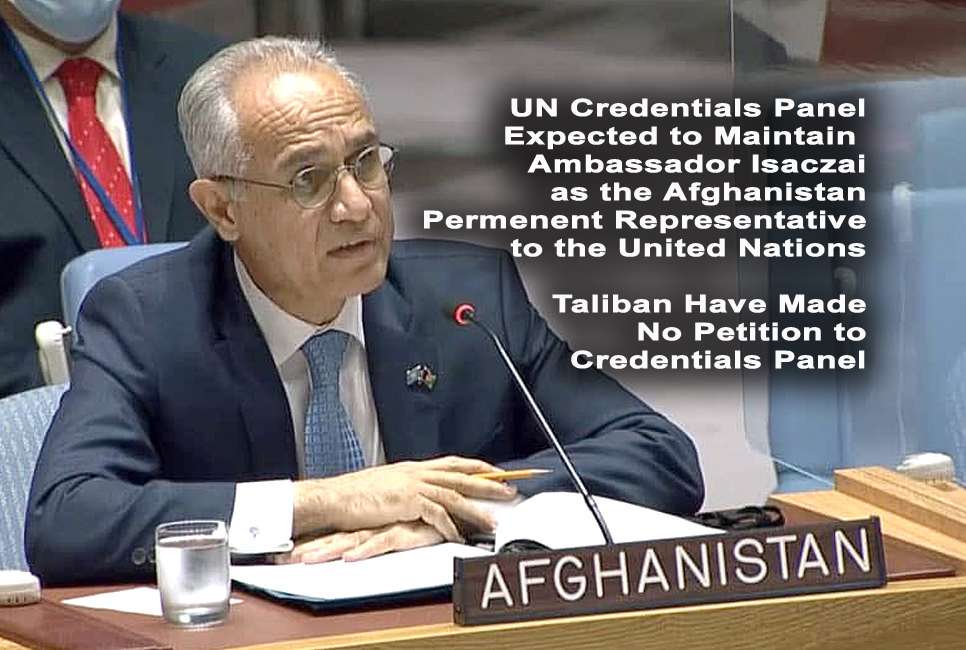 UNITED NATIONS – The 76th Session of the United Nations General Assembly (UNGA) will commence tomorrow in New York at the United Nations Headquarters.  Despite pleas by the Mayor of the City of New York to attend remotely, if at all possible, the meeting will proceed with a mix of in-person and remote presence.

The collapse of the Afghan Government with the Taliban taking effective control of most of the country’s territory has brought much speculation as to whom will represent Afghanistan as the Permanent Representative to the United Nations.  His Excellency Mr. Ghulam Isaczai currently occupies that post was appointed by President Ashraf Ghani under the previous Government recognised by the United Nations.

The Credentials panel, will be Chaired by Sweden and would also include Bhutan, the Bahamas, Chile, China, Russia, Sierra Leone, South Africa and the United States.   China, Russia and the United States are consider the key movers on the credentialing panel.  Each has staked various position on the recognition of the Taliban.  However, the Credentials panel is not expected to make any decision on Afghanistan for no other reason that the Taliban have not yet petitioned the United Nations for recognition or formerly asked for the recall of Ambassador Isaczai.

In the absence of any last minute petition by the Taliban, Ambassador Isaczai, a critic of the Taliban who has continued in his post to plead for humanitarian aid for Afghanistan in the aftermath of the collapse of the Government, is expected to continue in his post.

The last time the Taliban took control of Afghanistan the United Nations maintained the previous Government’s Permanent Representative is his position, declining to recognise a Taliban appointee.  At the time, the Credentials panel report indicated they would defer any decision on a change “..on the understanding that the current representatives of Afghanistan accredited to the United Nations would continue to participate in the work of the General Assembly.”

Funding for Ambassador Isaczai has been cut-off by the Taliban.  It is uncertain what resources he may have on-hand.  Emergency assistance is expected to be given to him by the United Nations to carry-out his duties.