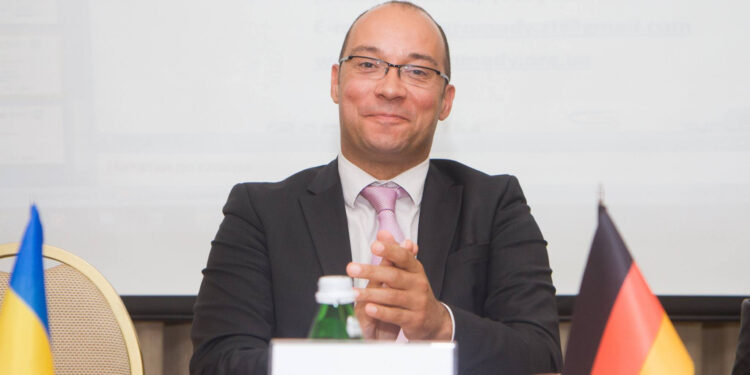 RIVNE – It is with great sadness that I have just learned of the death, yesterday, of a friend and colleague, Martin Reuther.  Martin has been a driving force behind the Multicultural Ukraine Exchange Network and a loving husband.  He will be sorely missed by his wife, colleagues and friends.  He will be missed by me.

I first met Martin in Cologne in 2004 when he was still a young student.  While many people think of Martin as German (he was from Saarbrücken), many may not be aware of his Moroccan origins.  He moved to Kyiv in 2014 and immediately went about what Martin does best – making friends and bringing people together.  I recall he was active in the Zhytomyr Community Fund and the wider community.  Like his friendships, Martin was a citizen of the world and his very presence made that world seem a little smaller and tight-knit.  Indeed, I remember when he told me of his discovery that an Irishman, Denis McClair, had a street named for him in Rivne – he was excited and like he always did – saw opportunities to use that knowledge to build bridges and bring people together.

It is without boast that I can say Martin Reuther is what is best, most noble and lovely in this world.  It can truly be said, Martin was “in this world” but not “of it” as his humanity was simply larger than life and his kindness and laughter legendary.  Recently, Martin and his family moved to Zdovbice, in the Rivne region, a place he loved.  His devoted and loving wife, Marina and wee boy Matvey will mourn him greatly as will his mother, Margrit.  A private man with family, he was a public man with a multitude of friends, colleagues and acquaintances.  I was fortunate to me just one.

This summer, Martin asked me to assist him in celebrating the great Irish landscape architect, Denis McClair (1762-1853).  While McClair’s name may have slipped from recent memory, his prolific work in planning the most beautiful and grandious landscapes, gardens and fountains in Ukraine, Poland and Ireland are renown amongst experts.  McClair introduced the very concept of modern landscape architecture to Ireland.  When he was commissioned for landscapes in Ukraine and Poland the great royal houses of France and England commissioned their own landscape architects to view, sketch and paint his works so that they might be copied at Versailles, London and elsewhere.

We were planning for him to visit Ireland to cement his relationships with EPIC and other and have him as a guest in our home. That trip was never realised as his life ended far too soon. 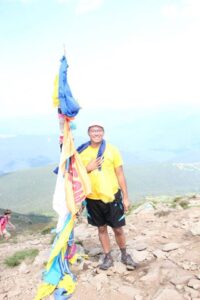 Martin intuitively saw how this Irishman and the arts and environment could unite peoples and set about working on the McClair Project.  Ever anxious to move the project forward he pushed me (gently) to find a Council in Ireland that would help memorialise and celebrate McClair’s work and use it to build stronger bridges between Ukraine and Ireland, Poland and Ireland and Ukraine and Poland.  Sadly, his unexpected an premature death will not allow this to happen under his leadership.  However, I have been in touch with his dear friend and colleague Alyona Miroshnichenko this morning and I will work with her and everyone involved with the Multicultural Ukraine Exchange Network, including the National Botanic Gardens of Ireland, Garden and Landscape Designers Association of Ireland (GLDA), Westmeath County Council, Kremenets Botanic Garden, Dubno Castle Administration, National University of Water and Environmental Management (Rivne) and others to carry on his dreams and mission.

I leave this poem by A.E. Houseman in Martin’s memory in tribute to his love of the outdoors and climbing actual mountains and standing atop the world – a place he deserved to always be:

To An Athlete Dying Young

The time you won your town the race
We chaired you through the market-place;
Man and boy stood cheering by,

And home we brought you shoulder-high.

Today, the road all runners come,
Shoulder-high we bring you home,
And set you at your threshold down,

Townsman of a stiller town.

Smart lad, to slip betimes away
From fields where glory does not stay,
And early though the laurel grows

It withers quicker than the rose.

Eyes the shady night has shut
Cannot see the record cut,
And silence sounds no worse than cheers

After earth has stopped the ears.

Now you will not swell the rout
Of lads that wore their honours out,
Runners whom renown outran

And the name died before the man.

So set, before its echoes fade,
The fleet foot on the sill of shade,
And hold to the low lintel up

And round that early-laurelled head
Will flock to gaze the strengthless dead,
And find unwithered on its curls

The garland briefer than a girl’s.