What Is It Regan Said? ‘Trust But Verify’?

Why the Media, Public and Too Many Politicians Are Sighing With Relief Prematurely (Or At All) 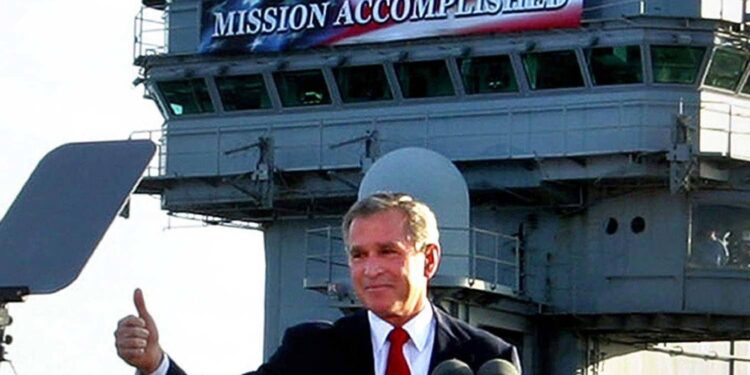 KHARKIV — It is no mistake that Russian Federation President Vladimir Putin waited until the new German Chancellor, Olaf Scholz, visited Moscow to make an announcement all of Europe had been waiting to hear – Russia would “pull back troops…” from the Ukrainian border.  A month ago, on 14 January, in my article Is Putin’s Plan Working to Divide Europe & Transatlantic Partners?, I argued that Putin saw Scholz as a far less adversarial negotiator than his predecessor, Angela Merkel, and wrote:

Scholz has steadfastly refused to pledge to kill the divisive Nord Stream 2 pipeline if Russia invades Ukraine or allow German-made defensive-weapons sold to Estonia to be transferred to Ukraine to deter a Russian invasion.  It makes sense, therefore, that Putin ‘rewarded’ Scholz for his pilgrimage to Putin.  The Kremlin’s announcement that “some troops” currently threatening Ukraine would be returning to barracks is seen as a boon for Scholz’s inaugural diplomatic mission to Russia while at the same time creating a propaganda coup for Putin.  RT, Russia’s widely known propaganda channel, has joined with Russian diplomats across the globe flashing selective photographs of Russian tanks and equipment being moved from temporarily occupied Crimea.

So effective has Putin’s masterstroke to elevate Scholz while simultaneously creating the appearance of both de-escalation for world consumption and disbelief with the intelligence community that news and media outlets have cancelled scheduled interviews with defense and security experts citing the crisis.  If not claiming the Ukrainian crisis has been “resolved”, some media outlets are writing and broadcasting the Kremlin’s new claim, repeated by His Excellency Mr. Yuriy Filatov, Russian Federation Ambassador to Ireland, was quoted as saying, “… any claim Russia wants war is insane”.

The tension Russia has unilaterally created and sustained since their three invasions and temporary occupations of Crimea, Luhansk and Donetsk in 2014, and which they have ratcheted-up decisively in the biggest military build-up threatening Europe since World War II, has taken its toll on the West.  While the threat Russia poses has reinvigorated NATO, giving it strength-of-purpose and a sense of urgency supported by unity, the same cannot be said within Europe.  Some within Europe, like Germany, Austria and Hungary, simply can’t admit the real threat and bring themselves to finally get on the right-side-of-history and stand-up to territorial aggression.  This is so alarming that referring to the appeasement of Europe to Hitler that led to the outbreak of World War II, British Secretary of State for Defense, Ben Wallace, remarked there was a “whiff of Munich in the air”.   This offended allies in NATO and Europe and was stated as media outlets began to release speculative articles that Ukraine was prepared to unilaterally, permanently give-up their NATO aspirations.  Putin’s latest propaganda offensive has proven as effective as the gun Russia is holding to Ukraine’s head with over 120,000 combat forces marshalled on its borders.

Still, the question remains, “What should the world make of Putin’s claim he is “pulling back” forces and “returning them to barracks” at this time”?

The definitive answer is an unambiguous – nothing.

When conflicts arise and one side announces a withdrawal design to de-escalate tensions, it is customary to identify the units, their capability, strength, location and pull-back destination.  This is done as what we call a ‘confidence building measure’.   In the age of satellites, invasive intelligence and the general populace posting photographs and videos that can be geo-location verified, such announcements do not disclose sensitive information.  The Kremlin knows this.  And yet Russia’s refusal to put these details into the public domain so they can be verified, measured, confirmed and therefore result in actionable, reciprocal de-escalation speaks volumes.  It is hard to believe Russia wants this to be an effective tool for cranking-down tension when it has knowingly done so clumsily, fully aware of the normative approach.

Then there are the photographs of tanks and armoured personnel carriers being loaded onto amphibious craft in temporarily occupied. Crimea.  They are meaningless.  Unless Russia is intent upon trying to invade mainland Ukraine from the narrow land-bridge that connects Ukraine’s Crimean Peninsula to greater Ukraine (a move so idiotic any fool who read the book, or watched the movie A Bridge Too Far, would know to avoid) the removal of this equipment and personnel from Crimea does not in any way equate to de-escalating tensions.

There are numerous reasons to remove armoured personnel carriers, tanks, artillery and personnel from Crimea and other locales Russia temporarily occupies within Ukraine, or within striking distance of its Ukrainian borders, that have nothing to do with de-escalation.   It could be as simple as replacing equipment that has been in-the-field for many months for maintenance.  Returning the equipment to barracks as armies regularly do after long deployments to maintain health, effectiveness, readiness and equipment.  It could be re-positioning or troops and equipment to an area Russia does intend to target with what would be a fourth invasion of Ukraine since 2014.  It could be for the propaganda effect knowing that withdrawing redundant or exhausted troops would be conflated with de-escalation and play well in the international media.  Images of wives and children embracing their long-deployed fathers would also bolster Putin’s internal approval ratings, further reinforcing his internal messaging that Russia is being threatened and families are deprived of their fathers, brothers and sons to defend Russia from “NATO advancement“.

All this could mean anything, something or nothing.  And this is why the announcement and photographs being waived before the world at present are meaningless for the moment.

Moreover, social media posts from within Russia continue to show a steady build-up of Russia forces and equipment flowing towards Ukraine’s border, some as close as 16km.  There is no evidence yet of a draw-down of troops.  To the contrary, however, there is ongoing proof of a continued build-up on Ukraine’s borders as late as this morning.  Given last-night’s cyber-attacks on Ukrainian command-and-control and its civilian banking system, it is hard to reconcile the claims of de-escalation with reality on-the-ground.  What was the supposed Russian proverb President Ronald Regan was fond of quoting to Mikhail Gorbachev?  “Trust but Verify“?   Nothing has been verified and evidence militates against accepting the latest claims from the Kremlin (not a source know for its integrity or reliability).  Time will tell.

What the world should be more concerned with is what Putin claimed motivated this standoff – the demand that NATO roll-back its Membership to 1997 levels, exclude former Soviet-bloc and Warsaw Pact countries and permanently bar them all from future NATO membership.  Russia has made no secret that they feel that NATO, the USA and OSCE have so far refused to take their core concerns seriously.  It is difficult, therefore, to imagine that the Russian threat to Ukraine has subsided or been resolved.  It is anything but that.

And, in the final analysis, while there are some within Europe that wish Ukraine would “let them down from the cross” and voluntarily proclaim they have no future NATO Membership ambitions, it would be folly to even imagine this would be an acceptable solution or have any durability.  European States prodding Ukraine, behind doors, to renounce NATO ambitions, knowing the threat of invasion is nothing short of extortionary duress that we do not allow for in law (or a rules-based world-order) would only weaken Europe, the EU and NATO, but would only once again prove to Putin that bad conduct reaps rewards.  As Daniel Patrick Moynihan observed in his 1965 study, “Whatever we subsidise – we get more of”.  Any sober reflection of the past 22-years will demonstrate, as my exclusive interview with Dr. Ian Robertson of Trinity College Dublin on ‘In Conversation This Week’ indicates, continued attempts to placate Putin have only invited more threats and demands.

Any reduction in forces by Russia may ease European concerns.  For 47-million Ukrainians, 11-million Georgians and 2.6-million Moldovans who continue to suffer the Russian military occupations of parts of their countries, the misery of millions more being internally displaced and still thousands more killed at the end of a Russian AK-47, reality simply doesn’t allow them the luxury of mistaking un-verified Russian propaganda statement or selected photos for real security or conflict resolution.  We must fervently hope Russia makes-good on its promise and pulls back all military threats to Ukraine (as well as Georgia and Moldova).  In the meanwhile, we should keep the champagne on ice.

Russia must immediately and meaningfully remove the specter of military threat from Ukraine. The maintenance of, or continued build-up of Russian forces threatening Ukraine, or remaining obdurate in their refusal to relinquish their illegal military occupations of Crimea, Luhansk and Donetsk, or any territory whatsoever that they pledged to both recognise and defend in the Budapest memorandum, will simply underscore they remain willing to use warfare to achieve their territorial goals.  It is time for Russia to stop talking about fears and imagined betrayal and start owning their actual betrayal of their obligations to Ukraine in the Budapest Memorandum, Europe by treaties, the UN Charter by Membership and the Helsinki Final Act and OSCE to which they willingly and knowingly subscribed free of the threat of a gun at their head.

The West must resist falling into the trap of claiming victory prematurely a la George W. Bush’s ‘Mission Accomplished’ stunt aboard an aircraft carrier.  Nor should the West feel that de-escalation without the entire remission of threat is a durable or acceptable achievement.  Freedom, democracy, peace and true European values will become meaningless if Russia is allowed to continue their many European occupations, use the threat of force to extract guarantees of non-association from weaker countries or be enriched for simply meeting their bilateral and multilateral obligations to peace.

Europe must finally resolve that Ukraine’s NATO membership is a mere symptom of the cancer that is Putin’s imperial dream.  Putin has been unashamedly and repetitively clear, in his autobiography, interviews and in last summer’s essay, that he believes himself to be doing God’s work by rebuilding Russia’s greatness, which in his mind, is recreating the Russian Empire of the Tsars or the Soviet Union of the Bolsheviks (either will do for him).  Putin’s self-proclaimed belief that he is the savior of the Russian people and redeemer of their greatness places his goals not in the articulated demands on limiting freedom of neighbouring States to choose their associations freely, or even in his stated desire to create a new ‘Sphere of Influence,’.  Given Putin’s psychological character that binds-up his ascendency and destiny with Russia’s future becoming a renewed Russian Empire, and his placing it within the context of a religious calling, makes his goals those of a jihad or crusade and not a nation-builder.  History has shown us repeatedly what happens when zealots who feel pre-ordained to fulfill what they see as a quasi-religious mission are loosed upon humanity in the guise of political leaders.

This is far from over.

Delusions and Destiny – Inside the Dark Mind of Vladimir Putin

Putin's Calculus Has Already Told Him When This Will End