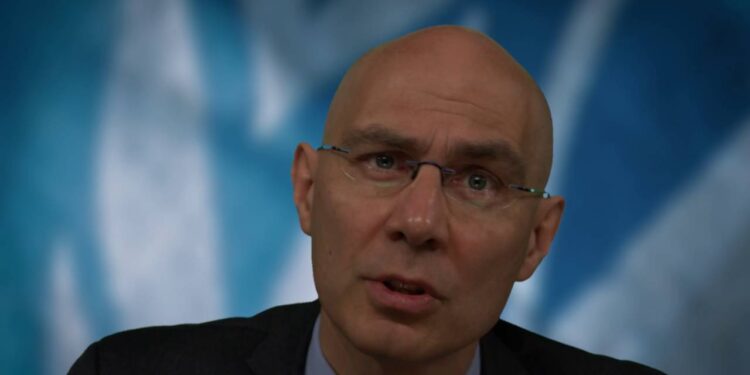 NEW YORK — Volker Türk, the UN Under-Secretary-General previously responsible for the coordination of global policy at the UN Executive Office has been appointed the new UN High Commissioner for Human Rights.  His appointment comes at a critical time as human rights have been brought into sharp-focus given the plethora of conflicts posed by conflicts in Africa, the Middle East, Asia and most recently Europe which has been enflamed by Russia’s invasion of Ukraine.  Türk will carry responsibility and coordination of the Secretary General’s ‘Call to Action for Human Rights’ initiative and his report, ‘Our Common Agenda.’  The report presented the Secretary-General’s vision on the future of global cooperation through an inclusive, networked, and effective multilateralism.

Between 2019—2021 Türk served as Assistant Secretary-General for Strategic Coordination in the UN chief’s Executive Office.  His previous posting in Geneva between 2015—2019 saw him serve as Assistant High Commissioner for Protection at UN refugees (UNHCR).  While with UNHCR, Türk was instrumental in the development of the landmark Global Compact on Refugees which seeks to establish a more universal approach and reforms to the refugee policies established in post-World War II Europe.

Mr. Türk’s extensive experience with the UNHCR throughout the world has included stints of service as the UNHCR Representative in Malaysia; Assistant Chief of Mission in Kosovo and in Bosnia and Herzegovina, respectively; and Regional Protection Coordinator in the Democratic Republic of the Congo; and in Kuwait.

Türk succeeds Michelle Bachelet of Chile who served as High Commissioner from September 2018 – August 2022.  She was praised for her service by UN Secretary General António Guterres upon relinquishing her duties to Türk.  Bachelet’s tenure was marked by the challenges of the COVID-19 pandemic, the Tigray conflict in Ethiopia and its spillover impact in the African Horn, the re-emergence of the Taliban in Afghanistan and the largest humanitarian crisis in Europe since World War II which unfolded after Russia expanded its 2014 invasion of Ukraine earlier this year.  Bachelet will be remember for her focus on  reinvigorating social protections, adjusting to working virtually and expanding human rights monitoring.  Other initiatives commenced by Bachelet including addressing deepening income disparity and poverty rates globally to rising inequalities and a lack of access to healthcare, vaccine and treatment to discrimination and violence against women.  Türk is expected to continue to address these core initiatives.