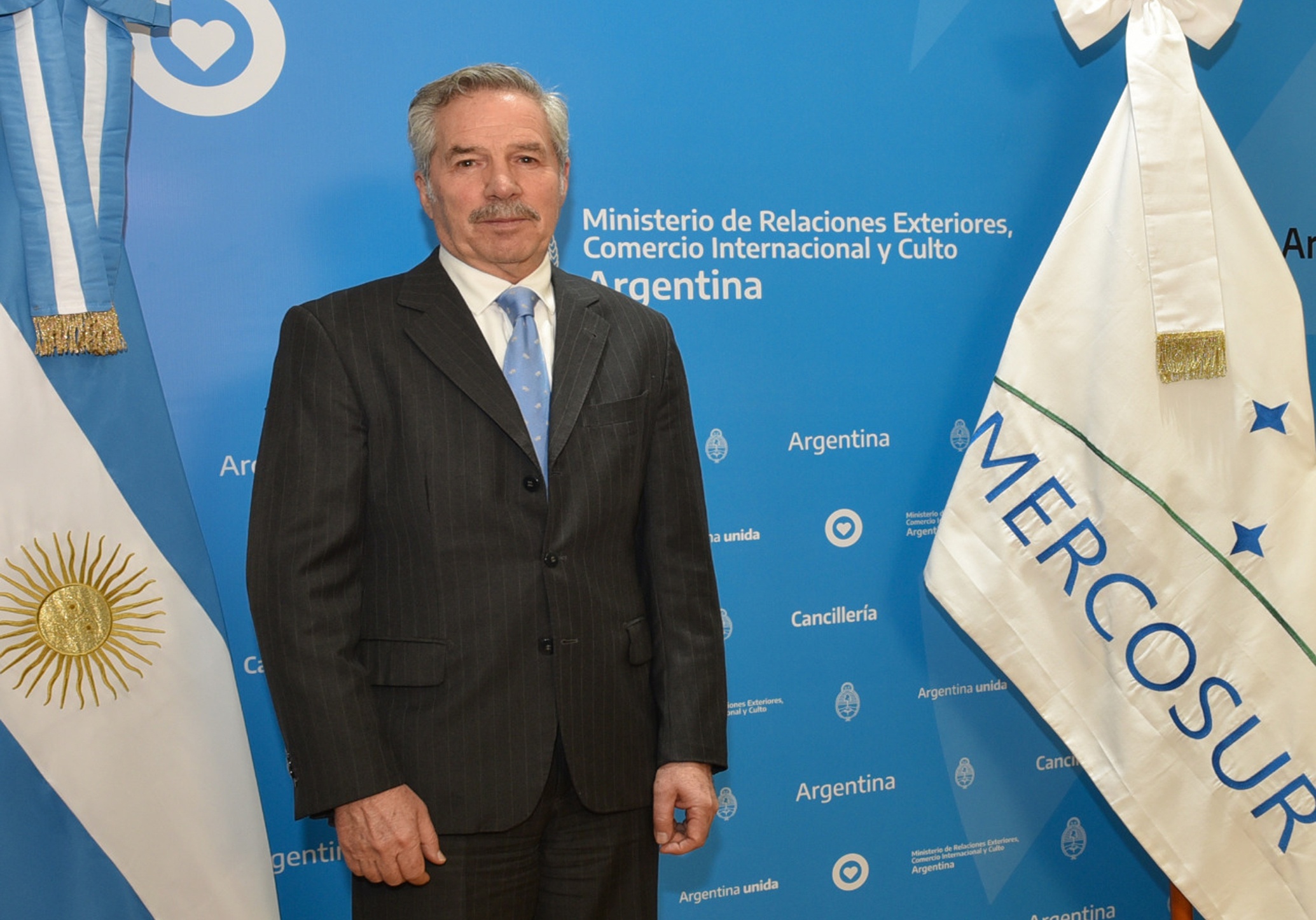 Buenos Aires — The Southern Common Market (MERCOSUR) was founded upon the signing of the Treaty of Asuncion in 1991 by Argentina, Brazil, Paraguay and Uruguay. The bloc is a historic achievement in the region and one of the major milestones in Latin American economic integration, which was intended to overcome the previous logic of rivalry between the countries and establish cooperation dynamics.

With a population of almost 300 million and an area of about 15 million square kilometres (50 % larger than the European continent and almost as large as Russia), MERCOSUR is known for its great natural resource and food potential. The bloc exports 63 % of the world’s soy and is the largest global exporter of beef, chicken, corn, coffee and iron, as well as the eighth largest global automobile producer. Based on its GDP, which in 2019 reached USD 4.467 trillion (measured by purchasing power parity), the bloc is the world’s fifth largest economy.

Although the explicit goals of MERCOSUR upon its foundation were of an economic and commercial nature, the bloc plays an important role in the consolidation of democracy and the avoidance of conflict. Peace is a necessary condition for development, and regional integration has historically been a key instrument for consolidating our region as an area of peace and cooperation, without armed conflicts.

First, in 1991, we created a free-trade zone so that our goods and services could move without restrictions, as well as a common external tariff so that we could manage exchanges with the rest of the world. This allowed for great expansion in our mutual trade. We were also able to promote the exchange of added-value products between the four member countries, which allowed for the stimulation of non-traditional export activities which create high added-value jobs (in the biofuel, chemical and petrochemical, plastics, pharmaceutical product, steel and automotive sectors, among others). Therefore, whereas MERCOSUR is a traditional and well-known exporter of primary products, many of the products traded between members of the bloc are industrialized products, among which automobiles, for example, stand out (representing almost 50 % of the total products traded between Argentina and Brazil).

We are also working on the harmonization of technical regulations so as to protect production and consumers without unnecessarily preventing trade. As to public health, coordination between our countries has always been important, especially during the ongoing COVID-19 pandemic. Our citizens may also settle in other countries of the bloc and easily work freely, which is uncommon in the rest of the world.

In 2004 we created the Structural Convergence Fund of MERCOSUR, through which more than USD 1 billion has been allocated to non-refundable loans for infrastructure and productive development projects, among others, which has allowed us to enhance the competitiveness of our economies, especially in the less developed areas of the region.

Since its first years, MERCOSUR has negotiated and signed trade agreements with most of the countries in the Latin American region, which allowed for a free-trade zone that comprises most of the Latin American countries. We have also negotiated trade agreements with the European Union, EFTA, Israel, Egypt, India and the countries in the south of Africa, among others. MERCOSUR is not a bloc that is closed to foreign trade, but a platform created for our countries to be open to the rest of the world.

Cooperation within MERCOSUR covers many areas: culture, education, science and technology, the development of a common citizenship, the coordination of social and economic policies, etc. There are several and varied areas of joint work within the bloc, and they change as necessary, as the international context and the context of our countries change.

Obviously, all these achievements in its three decades of history do not mean that there are no challenges ahead. Therefore, our strategic agenda makes us work to frame common and coordinated policies on productive development, increase our capacity to produce goods and services, create economies of scale and economies of specialization, as well as enter global value chains and attract global investment flows in a more intelligent manner.

In addition, MERCOSUR has a role to play in the international arena. Within the G20, the WTO, FAO and other international organizations, the unity of our countries helps us defend our positions on the global agenda. In an increasingly complex and fragmented global scenario, the coordination of positions enabled by MERCOSUR becomes increasingly important.

We believe that the purpose of integration is to reach agreements with due regard for the diversity of our countries, driven by the political will to achieve integration. MERCOSUR promotes supportive political, economic and social regionalism, because we know that facing difficulties together makes us stronger.

MERCOSUR is the most important foreign policy instrument of the last thirty years for our countries. It is ultimately a State policy which has remained constant in spite of government changes. Throughout the last thirty years, we have achieved a great deal of common ground: a commitment to democracy as an essential condition for the lives of our peoples; respect for human rights as an essential and inalienable value for coexistence; the acknowledgement of our diversity; and the coordination of our growth policies in order to combine our productive structures.

The world is undergoing a reconfiguration of the global power structure, as well as a crisis of the international institutions that have governed us during the last seventy years. Given the challenges and uncertainties arising from this context, we are certain that the integration of our countries will continue to be the best way to boost our development, preserve our sovereignty, promote the well-being of our peoples and be integrated into the world.