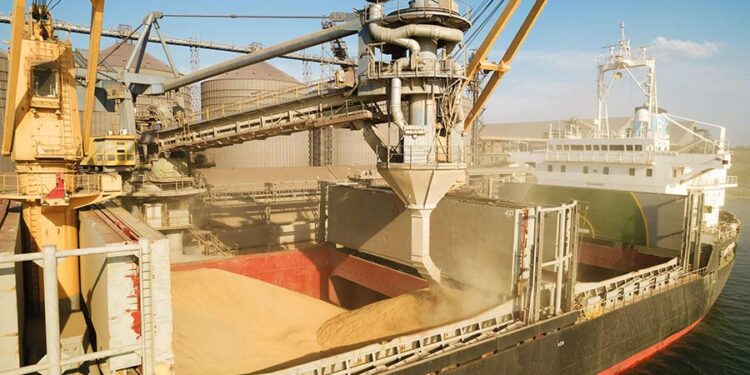 Want some cheap wheat, oil at deep discounts? Vladimir Putin is offering this and more to regions of the world that are hurting profoundly — India, China, and Africa. But caveat emptor—buyer beware. There are some heavy strings attached and there may well be, or should be, lots more.

Putin seems to think it can wait out a war-of-attrition in his battle to seize and control Ukraine, and the way things are going now, he just might be right. But before he does—or en route to any successes he manages—he must assure himself of the resources that will enable him to wait out Ukraine and its supporters in the West. He must a way to neutralize the unprecedented sanctions that have been levied on his nation and that threaten its entire economic well-being.

For the moment at least this starts and ends with oil and grain. In both commodities, Russia and Ukraine have respectively a commanding presence.

Oil and natural gas are the cornerstones of Putin’s Russia. On June 3, the European Union sought to knock at least one brick out of this foundation by embargoing all oil sales arriving by sea for its 27 member nations. Some of the sting was taken out of this embargo by an agreement, demanded by Hungary, Putin’s closest ally in the EU, to allow oil to continue to flow through pipelines to Hungary as well as the Czech and Slovak republics. Still, even this partial embargo would slash $850 million a day that has been flowing into the Kremlin’s war chests.

Provided Putin had no other markets for this oil. Enter China and especially India. Pre-embargo, the EU had been consuming some 53% of Russia’s oil exports, with 26% going to China. But barely 3% has found its way to India. Until now. Now, India has discovered a new, cheap source of crude oil to fuel its massively expanding economy. Cheap because Russia is offering bargain-basement rates. While no fixed rate has been established (yet) for India, Hungary is paying just $93 a barrel for the oil it’s now receiving from Russia, some 25% below the $123 where benchmark Brent Light is trading. And India is said to be hard at work setting up a rupee-ruble trade system that would facilitate transactions in the absence of traditional payment routes blocked by sanctions on Russian banks and their removal from the SWIFT transfer network. China, of course, would also be in a position to increase its import of Russian crude, especially at these bargain prices.

And then there is grain. American officials reported last week that several Russian cargo ships were heading out of the Black Sea, laden with stolen Ukrainian grain, destined eventually for Africa. Indeed, Vasyl Bodnark, Ukraine’s ambassador to Turkey, asserted that some of this grain has already wound up in Turkey—Putin’s best friend within NATO. Bodnark said that Ukraine has already launched criminal cases against “those stealing and selling the grain.”

Ukraine has for centuries been a principal breadbasket for much of the world, not to mention Russia. This is another good reason for Russia to attempt an armed takeover of the country that has for so long put bread on the table of Russian consumers.

Since the start of the war, however, and the effective blockade of Ukraine ports on the Black Sea, grain has been piling up in Ukrainian storage facilities. And if the blockade continues and exports cannot pick up again from Ukraine’s ports, this year’s July harvest will be severely curtailed. Exports. By river, rail and road have a capacity of less than half last year’s exports of 44.7 million tons. And in some parts of the world, especially Africa, deeply reliant on such exports, the impact is already being felt.

The disruption of Ukrainian grain shipments has led to a crisis that, combined with a devastating drought, has left upwards of 20 million on the brink of famine across Somalia,  Ethiopia, and Kenya. Records of the African Development Bank show that between 2018 and 2020, the continent imported some 44 percent of its wheat from Russia and Ukraine. And since the start of the Russian invasion, wheat prices have soared at least 45%. Globally, Russia and Ukraine account for nearly a third of global wheat supplies. Ukraine alone produces some 16% of all corn, and 42% of all sunflower oil according to UN figures.

So it’s hardly surprising that now, deeply discounted grain from Russia is looking especially attractive to Africa. On June 4, Senegal’s president Macky Sall who is also the head of the African Union, met with Putin at his Black Sea resort in Sochi, telling “my dear friend Vladimir” that his nation and the continent he represents needs grain desperately.

Only it isn’t exactly Putin’s grain to sell, though he may clearly be planning to peddle it as such. Just as the two presidents were setting down to talk, the United States was sending a warning to 14 countries, most of them in Africa, that at least three Russian cargo ships the U.S. was able to name, had loaded what American diplomats described as “stolen Ukrainian grain” and were headed out of the Black Sea, probably for African markets. Cash on delivery.

Russia is said to have seized some 600,000 tons of Ukrainian wheat since it launched its invasion in February. It’s worth more than $100 million. But there’s lots more. Ukrainian officials report that at least 20 million more tons are trapped within its country, still in warehouses, or en route by truck to ports in Crimea, which Russian seized during its first invasion eight years ago. Ukraine’s deputy economy minister Taras Kachka told Bloomberg News, “The fact remains that the food crisis has been artificially created by Russia and Russia alone.”

If Russia succeeds in diverting ships with oil destined for Europe to India and China, even at a discounted $93 per barrel rate, Russia might lose just $10 billion over the next year. That could easily be made up with shipments of purloined Ukrainian grain.

So what recourse does the West have?  As it turns out it does not come into this battle utterly unarmed. The West does have means to make India and China, not to mention Africa or any other nation prepared to indulge Russian in its kleptocracy, pay for their actions.

First, there are the ships. More than 90% percent of the world’s ships are insured by The International Group—a London-based insurance consortium. Seeking alternative sources of shipping insurance would add considerably to transport costs for oil or grain.

But there are a host of other ways of making some countries pay for their folly—especially ‘democratic’ India. The U.S. and Europe should be putting maximum pressure on India. Prime Minister Narendra Modi needs to understand that there will be substantial financial and political penalties for attempting to skirt the sanctions that the vast bulk of the world’s democracies have levied on Russia. If India expects to remain a member of the community of democratic nations and receive trade incentives the U.S. has been prepared to hand out, it should not be giving sustenance to Putin, a flagrant violator of every democratic principle. Equally, a number of African nations have already seen the cost of doing business with Russia or China, especially accepting credit from either of these nations that they are unable to repay. Both nations have hardly been reluctant to step in and seize territory, docking rights, even valuable mineral resources in a number of African countries.

Of course, the U.S. and Europe must equally find ways to prevent the spread of famine in those African countries that have agreed to turn away Russian ships bearing vitally needed grain. This includes breaking the blockade around Ukrainian shipping that Russia has imposed, de-mining ports that are still controlled by Ukraine, even escorting Ukrainian ships entering and leaving the Black Sea.

Biden or the current leader of Europe, French president Emmanuel Macron. This is no doubt a tribute in large part to the legacy of Donald Trump who referred to African nations as “shithole” countries, or even Macron’s decision to withdraw troops from Mali earlier this year, relinquishing much of the Sahel to control of the Russian mercenary group Wagner.

The consequences of failure could be quite catastrophic on so many levels. This is certainly true for Africa in the near term. It is equally true for Ukraine and for western efforts to sustain democracy more broadly and exact painful and sustainable penalties for all countries that would conspire to subvert western efforts at restraining Russian activities beyond its borders.

David A. Andelman, a special contributor to Diplomacy in Ireland – European Diplomat was twice winner of the Deadline Club Award. A chevalier of the French Legion of Honor, he is  author of “A Red Line in the Sand: Diplomacy, Strategy, and the History of Wars That Might Still Happen“. His recently launched SubStack blog is Andelman Unleashed.  He formerly was a correspondent for The New York Times and CBS News in Europe and Asia. 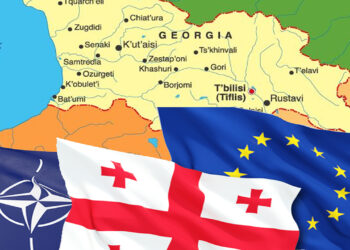