Myanmar/Burma Community in Ireland on ‘In Conversation This Week’ (Video) 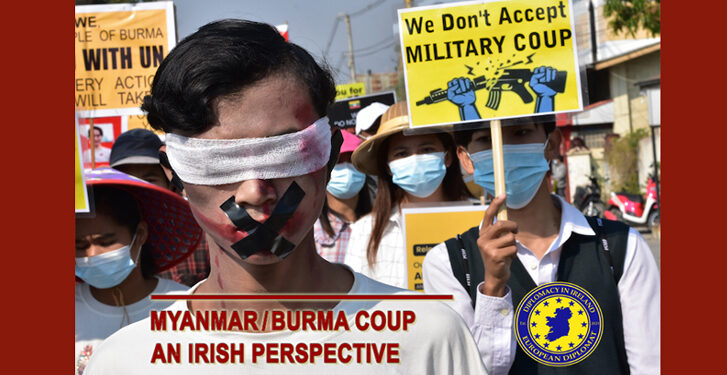 Nyaunghswe, Myanmar - 17 Feb 2021: Myanmar people took to the streets to protest against the military coup

DUBLIN – Members of the small but growing Myanmar/Burma Community in Ireland spoke with me about the ongoing human rights abuses and brutal crackdown on civil society engagement in their homeland since the military junta deposed the democratically elected government on 1 February 2021.  The Government, then led by Aung San Suu Kyi, was forced from power with parliamentarians and officials fleeing for their safety.  In the aftermath, the military, known as the Tatmadaw, has imposed heavy-handed repression of protesters, including civil society actors and journalists, foreign and domestic.

The democratically elected members of parliament have joined together to form the Committee Representing Pyidaungsu Hluttaw (CRPH), a body which governs the National Unity Government (NUG), the opposition to the Tatmadaw’s military junta widely looked upon by the international community as the legitimate government ad interim in Myanmar/Burma.  A physician known as Dr. Sasa now serves as the Union Minister of the Ministry of International Cooperation and Spokesperson of the National Unity Government of Myanmar and Former Myanmar Special Envoy to the United Nations of the Committee Representing the Pyidaungsu Hluttaw (the Union Parliament of Myanmar / Burma). 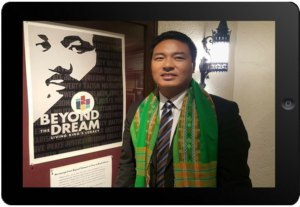 In Conversation This Week with Miceál O’Hurley discusses the military coup d’état in Myanmar with the Myanmar/Burma Community in Ireland.  According to the AAAP, as of October (the last date of reliable reporting), documented deaths stood at over 1,300 persons and at least 7,100 confirmed cases of political detention, including the arrests of journalists and media workers and hundred missing after being detained, the military junta is subjecting the people of Myanmar/Burma to a brutal crackdown on democracy and civil society participation.  Given the military junta’s almost total prohibition of communications from any sources but their own, human rights organisations believe the number of dead to be significantly higher and the number of political prisoners to now exceed 10,000.  The junta has regularly announced the ‘release’ of thousands of prisoners, however, reliable sources have only been able to confirm just 236 prisoners actually having been released.