History Cries Out With an Emphatic 'No"! 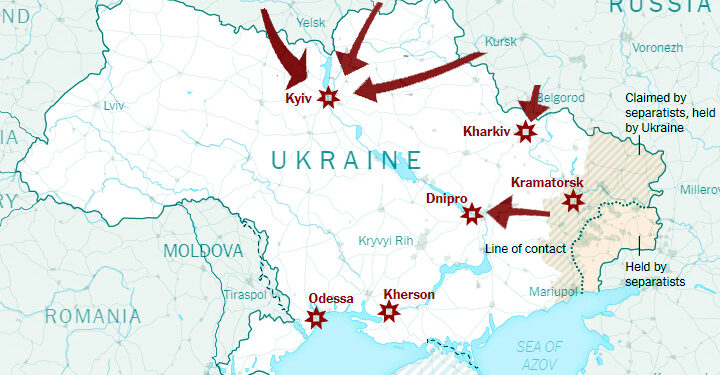 DUBLIN – On the opening day of the Battle of Shilo, General Ulysses S. Grant had what could only be described as a bad day.  Troubled by an ankle so swollen he had to cut his book in order to get his foot in, Grant was confronting an enormous Confederate force led by General Albert Sydney Johnson.  Things appeared grim for the future of the United States.

Grant’s swollen ankle became the least of his concerns as the day wore on.  While riding up-and-down the line (in the 19th century, Generals led from the front) a cannister exploded so near him that it bent his sabre and scabbard almost in half.  By noon, while standing by his indispensable colleague and scout, Captain Irving Carson, a cannon ball took the head off his trusted friend leaving Grant spattered with blood.

Shilo was in actuality a battle that encompassed dozens of individual skirmishes, far beyond the control of either commander, Grant or Johnson.  They had to trust that their preparations and their troops were prepared to act as expected and win the day.

Without the ability to be everywhere at once, Grant could only send what reinforcements he had to the front, not knowing if they were reaching the right places at critical moments.    Don Carlos Buell, a Union General with a reputation for fighting criticized the chaos, observing a “want of cohesion and concert in the Union ranks” and “the absence of a common head.”

As night fell on the first day of the battle, a series of messengers brought dire news to Grant.  Thousands of his troops were dead.  Battlefields had been ceded to the enemy.  He had lost experienced senior commanders and thousands more of his soldiers lay where they were wounded, crying-in in the no man’s land between the opposing forces, crying out for their wives and mothers and begging for death.  As the stars came out, it appeared to all as though the light that was the American experiment in democracy was being extinguished.

That night Generals McPherson, Buell and even William Tecumseh Sherman asked Grant what plans he was making for a retreat.  After all, no Union Army had ever advanced after suffering such losses.  Here, General Sherman’s account is instructive:

The next morning Grant surprised everyone, including Albert Sidney Johnson, the combined and superior Confederate forces before him, and astounded the nation by pressing the attack at first light.

The second day of the Battle of Shilo was a turning-point for the still nascent American Union.  From that day on, Grant would lead a defense of the North and make it possible for President Lincoln to preserve the nation as a free, independent state.

And what does this history lesson mean for us today?

Last night Russia unleased a brutal attack on Ukraine.  After suffering the loss of territory to temporary Russian occupation in Crimea, Luhansk and Donetsk, many onlookers have predicted the demise of a free and independent Ukraine.  Last night heavy artillery barrages against largely civilian population centres in Kyiv, Kharkiv, Odessa and Dnipro and the pouring of Russian invasion forces across Ukraine’s sovereign frontier were brutal blows.

Yet, this was only the first day.  And yet throughout the bruised and battered Ukrainian population, which has already suffered more than 14,000 casualties, over 100,000 persons wounded and 1.5 million internally displaced person from Russia’s first round of invasions in 2014, there is a determined sense Ukraine will, ‘lick ‘em to-morrow though’.

Shilo is a Hebrew word meaning, ‘The One to Whom It Belongs’.

As Putin has made clear his contempt for law, order, peace, stability and European values, we must all now use our every energy to save Ukraine that we might ourselves be saved.   History is watching.