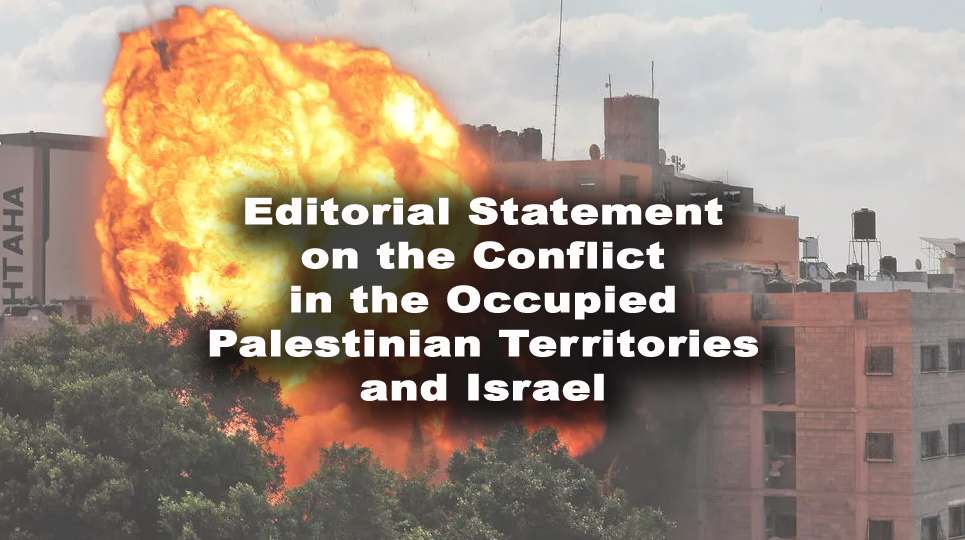 DUBLIN – The violence that broke on in the Nobel Sanctuary/Temple Mount outside of the al Aqsa mosque on 8 May 2021, during Ramadan, marked a disturbing return to warfare in the Occupied Palestinian Territories and Israel.  More pointedly, it constitutes yet another round of fighting resulting in the deaths of an ever-growing number of civilians, many of whom are children, each owed an obligation of protection under International Humanitarian Law, including the Geneva Convention of 1949 (GCIII & GCIV) and their Additional Protocols of 1977 (API & APII).  These fundamental rights for the protection of children in war were deemed so essential that they were further enhanced by, inter alia, the Statute of the International Criminal Court (ICC) adopted in Rome in 1998; the Convention on the Rights of the Child 1989; and, the Optional Protocol to the Convention on the Rights of the Child 2000.

Customary International Law, at Rule 14, is saliently instructive, “Launching an attack which may be expected to cause incidental loss of civilian life, injury to civilians, damage to civilian objects, or a combination thereof, which would be excessive in relation to the concrete and direct military advantage anticipated, is prohibited”. [emphasis added]

Albeit, as of today, a reported 200 Palestinians, including 59 children and 34 women, have been killed by air attacks and artillery shelling in the Gaza Strip with an additional 1,300 civilians wounded.  At least 10 Israelis, including 2 children, have been killed by the indiscriminate firing of more than 2,000 rockets into Israel.  The ‘military advantage’ achieved by such bloodshed and destruction, by either side, remains highly dubious and as the fighting continues only proves, wholly elusive.  Today’s violence, like that of the past, fails to promise a resolution to the sustained and ongoing conflicts that brought about this situation.

Civilians, not combatants, and disproportionately Palestinians, are paying the price of the renewed violence.  A child coming of age in the Occupied Palestinian Territories and Israel has known significant combat operations permeating their lives at least 4 times before reaching the age of maturity.  This is not to mention the fear, tension and violence that too often mark daily life for everyone in the region.  It is incumbent upon both sides to end the violence, forthwith.  The time for arguing over Article 51 of the United Nations Charter and other claims of justification or the recriminations of apologists on either side are for another day.  The cry from the newly dug graves of the dead, the stretchers of the wounded and those who are suffering is a demand for the cessation of hostilities.

There is also the issue of the safety of non-combatants.  During the incursion into the Nobel Sanctuary/Temple Mount two journalists, clearly marked as journalists, were injured while doing their jobs.  Only this past weekend, a mixed-use, largely residential, twelve-story building that housed the offices of the Associate Press and Al Jazeera was targeted by the Israel Defence Forces for destruction.

Diplomacy in Ireland – The European Diplomat acknowledges that Israel gave ample warning to the building’s occupants to evacuate the building to avoid a loss of life.  Notwithstanding, we join with our colleagues in the Committee to Protect Journalists; the Foreign Press Association; and, the Overseas Press Club in reminding everyone of the vital role that journalists play in serving the indispensable cause of the pursuit of truth, which itself should be safeguarded lest it becomes a casualty of war.  As Associated Press President and CEO, Gary Pruitt, said at the time of this past weekend’s attack that flattened their headquarters, “The world will know less about what is happening in Gaza because of what happened today.”  Non-combatants, including journalists, deserve the protections of international law and should not be targeted by any belligerents.

Diplomacy in Ireland – The European Diplomat is committed to being an impartial reporter of the situation.  It is not our policy to take any side in the long-standing dispute between the Palestinians and Israel.  This in no way means that Diplomacy in Ireland – The European Diplomat is disinterested.  We will continue to side with the rule of law, and those that abide by it, and will do so without any reserve, whatsoever.

Therefore, we call upon all belligerents, be they State or non-State actors, to abide by international law, humanitarian law and our common obligations rooted in our shared humanity, especially as it pertains to the protection of children, civilians and civilian infrastructure.  We implore all who serve as diplomats to use their best efforts to achieve an immediate cessation of hostilities, as I know they are doing.  We also encourage both sides to finally return to the bargaining table without precondition and make the future, to which each committed to in the Oslo Accords a reality, including implementing the Two State Solution so long overdue.

Finally, Diplomacy in Ireland – The European Diplomat expresses our abiding and heartfelt condolences to everyone who has been touched by the loss of life or injuries in this latest outbreak of violence.