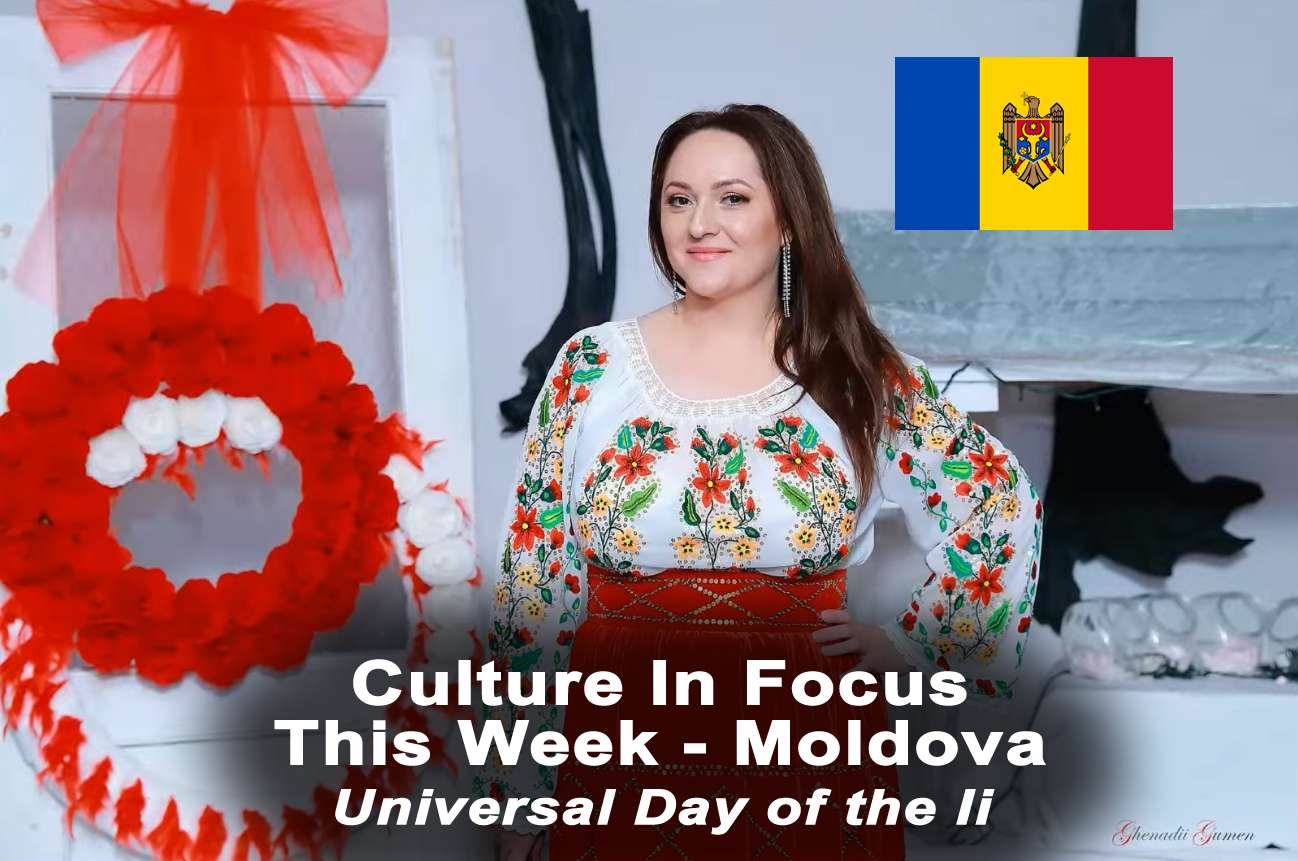 DUBLIN – In a new series of articles and videos, we will cover the cultural connections between Ireland and the 63 accredited Missions in Ireland.  This week – The Republic of Moldova.

On 24 June 2021, the Embassy of the Republic of Moldova digitally celebrated the cultural heritage and artistic talents of its people and diaspora in Ireland.  Moldova’s Ambassador, Her Excellency Ms. Larisa Miculeț, led the celebration which showcased the national culture of Moldova, including some if its most representative elements, the Ii (an ancestral Moldovan shirt, traditionally white with exquisite embroidery, often hand embroidered).

In 2021, ‘The Universal Day of Ii’ seeks to promote national culture throughout Moldova and the world.  The Ii has come to represent the national identity of Moldova, preserving its culture, celebrating its heritage and representing its unity.

Another cultural achievement from the Moldovan diaspora in Ireland was Natalia Luncaș Ionel’s introduction of  a new line of bags made by artisan designer and manufacturer, Maria Bumbu Caragia.  Made in the Moldovan capital of Chișinău, a modern metropolis in which you can still find old-world charm, the bags created by Maria are entirely eco-friendly.  The ‘Woodbag’ line, from Maria’s ‘At Home in Moldova’ collection, represent a fusion of artisanal craftwork, numerous thematic creations from traditional designs to those for the modern business woman and thanks to the work of Natalia and her sister Ludmilla, they will now be available in Ireland.

Natalia showcased the bags in today’s visit with Her Excellency Ms. Larisa Miculeț at the Embassy of Moldova in Ireland on 2 Mount Street Upper, Dublin.  Natalia, who owns and operates and Irish business also located in Dublin with her sister Ludmilla, (known widely as the ‘Mirabelle Sisters’), offer an impressive array of Moldovan products in their shop, Mirabelle Boutique as well as online.  Mirabelle Boutique’s baby clothes, textiles and other products, including personalised embroidery and specialty items, ship worldwide.

The culture of Moldova is influenced primarily by the Roman and later Romanian origins of its majority population, while also being heavily indebted to the Slavic and minority Gagauz populations). The traditional Latin origins of Moldovan culture extend back to the 2nd century, a period of Roman colonisation in Dacia.  According to official historiography, the Republic of Moldova derives directly from the Moldovan principality that was founded by Dragoş and gained independence from the Hungarian kingdom under the Valachian voievod Bogdan I in 1359.  The government celebrated the 660th anniversary of statehood in 2019.

Moldova’s Ambassador opened its new Embassy in Dublin just prior to the Covid-19 Pandemic.  Her Excellency Ms. Larisa Miculeț has since conducted a national election for the diaspora in Ireland and is again in the midst of doing so again.