by Editor
in Americas, News & Analysis
0 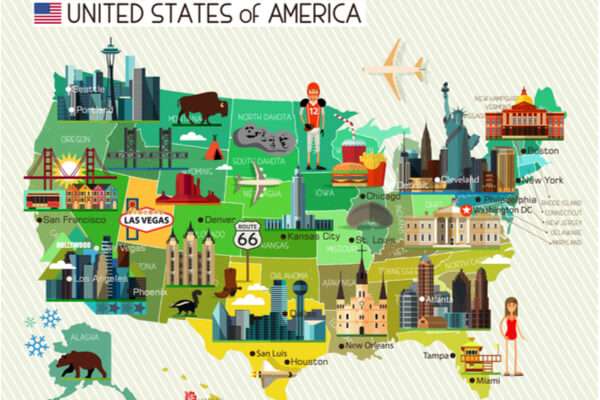 DUBLIN – The 4th of July marks Independence Day in the United States.  Here in Ireland the day is annually celebrated at the home of the US Ambassador to Ireland whose residence is in Phoenix Park.  The event, however, was not held in 2020, nor will it be in 2021, owing to the Covid-19 pandemic.  The last celebration was held when the then newly confirmed US Ambassador to Ireland, His Excellency Mr. Ed Crawford, received guest at his residence in 2019.

The historic Ambassadorial residence (formerly home to the Duke of Wellington, Sir Robert Peel and in whose halls and grounds Sir Winston Churchill played when his father served the British Government in Dublin) which boast some 26 acres of lawns, gardens and orchards, the Ambassador’s residence, three cottages and a gatehouse, is opened to the Diplomatic Corps and members of the Irish Government every 4th of July for a spectacular event that includes American foods, displays of culture, sport, music and of course, fireworks.  It is a perennial display of Americana in Europe.

When it comes to culture, America’s is rather new.  Inheritors of mostly Western European cultures owing to the British dominance of its early years, arguably, a uniquely American culture did not emerge until after Independence in 1776.  True, the Spanish influence in Florida (itself a Spanish word) was significant, as was the French (think of Detroit and New Orleans), but the indigenous culture of the native Americans (sometimes referred to as Indians) barely survived centuries of suppression and forced assimilation.  Too often, what cultural heritage that belonged to Native Americans was often culturally appropriated and generally Westernised.  Still, the Native American cultural resurgence continues to gain ground, even if slowly and by small measure.

One of the most regrettable impacts on American culture occurred at the turn of the 19th century.  With the influx of emigrants from Eastern Europe, an ‘America First’ movement arose which sought to integrate new immigrants by educating them to embrace the American English language, American clothing, social habits, sports and music.  Sadly, this often came at the expense of the retention of their ethnic identity and cultural observations.

The idea of America being the ‘Great Melting Pot’ saw employers like Henry Ford require his employees to only speak English, wear American clothing and dispense with anything that identified their cultural, national or ethnic heritage.  Indeed, after attending the classes required by the Ford Motor Company, at graduation, they would approach the stage wearing their national, cultural or ethnic clothing then pass behind a curtain with a large, steaming, ‘melting pot’ then re-emerge on the other side in a simple American suit.  The societal pressure to ‘assimilate’ was so strong that Ford, who had little use for the concept of privacy, actually employed private detectives to spy on his employees to ensure they lived as ‘good Americans’ in their daily lives.  Under such pressure many people abandoned the preservation of their cultural heritage and fully assimilated as Americans (and by Americans, they were encouraged to mimick White, Anglo-Saxon, Protestants (WASPS)).  Indeed to be a WASP, or at least behave as one, too often become a benchmark of American ‘progress’.  Today, a greater trend towards Cultural Pluralism is embraced by the majority of Americans to which the small but radically vocal ‘Make America Great Again’ movement stands in opposition.

For Black Americans, whose ancestors were brought to America in chains via the ‘Middle Passage’ of the slave trade, or were literally bred as human chattel for profit, labour and trade, they developed a unique culture of their own.  Indeed, the indelible stain of slavery on the American tradition of freedom and democracy continues to be an issue with which the nation struggles to reconcile its noble aspirations.  Today, Black Americans are heirs to a rich cultural heritage which is a mix of the remnants of their ethnic backgrounds in Africa, those that developed under slavery, a culture enriched by Free Black Americans and supplemented by more recent emigration from Africa.

Cultural Touchstones Based in Leisure

What is largely embraced as uniquely American Culture can be found in its leisure activities.  Baseball, the quintessentially American sport, is often thought of as ‘America’s Pastime’ and continues to be a touchstone of Americana as does American football (as differentiated from soccer).  The only truly indigenous sport still played widely in America, although mostly in the New England states of the Northeast, is Lacrosse.  Native Americans have been playing lacrosse for centuries and the tradition continues in most schools and universities.

Music is another area in which Americans have developed unique cultural achievements.  Without question, Jazz is that one, authentically American gift to the world.  Born on the mean streets of New Orleans, Louisiana, emerging from the African-American experience, Jazz music is also the progenitor of the ‘Blues’ and ‘Ragtime’.  Rap, which is now internationally embraced, is also a cultural contribution that arose from the Black American experience.

Other cultural contributions came in the form of dance.  While Europe relished in the Waltz, Americans prided themselves on ‘Square Dancing’, a form of truly American folk dance that borrows concepts from Western Europe.  Later, ‘Swing’, ‘Jazz Dance’, ‘Foxtrot’ (although arguably Spanish by influence), ‘Hip Hop’ and ‘Modern Dance’ emerged from the American scene.  In Hawaii, the Kānaka Maoli (native Hawaiians), the Hula is still carefully preserved as an ancient cultural observation that often goes hand-in-hand with storytelling.

The visual arts are another area in which distinctly American contributions can be recognised.  Reflective of the broad, wide, expanse of the American interior, large scale landscape paintings, such as those done created by the ‘Hudson River School’ created not only a new format for romantic landscapes, but reflected the ‘manifest destiny’ ideology of American political thought which too is captured in Alexis de Tocqueville’s masterpiece, ‘Democracy in America’.  Later, artists like Frederic Remington would capture on canvass the distinctly American cowboy experience in the way Winslow Homer depicted seascapes and beach going activities of a liberating America.  Later contributions came from artists like Jackson Pollack, Andy Warhol and others whose unique interpretations of art was at once uniquely American and yet internationally influential.

While culture icons like Baseball and Jazz predominate all American culture, regional contributions often echo the ethnic or national cultural heritage that accompanied the immigrant waves that settled the vast lands of North America.  In the Midwest, German and Nordic cultures are celebrated locally and can be found in place names like Frankenmuth, Michigan or Lindström, Minnesota.

Throughout America, Native American names survive from Algonquin, New York to the Mississippi River and from Chillicothe, Ohio to Azusa, California.  Honolulu, Hawaii and other places on the islands maintain their indigenous names as do places like Tanaina, Alaska.

Moreover, the geographic landscape of the US also drives cultural development and observation.  No other nation enjoys the geographic reach as does the US.  Stretching from the Arctic to the Gulf of Mexico and from the Pacific to the Atlantic, the US is home to tropical areas, frozen tundra, arid desserts, fertile farmlands, mountainous terrains, sandy beaches and snow-peaked mountains.  These differences inform everything from housing styles to sport and from music to the visual arts.  America is as diverse as it is large.  And, as the nation struggles to mature, the retention of one’s ethnic, cultural or national heritage is moving from a mindset of toleration to celebration.