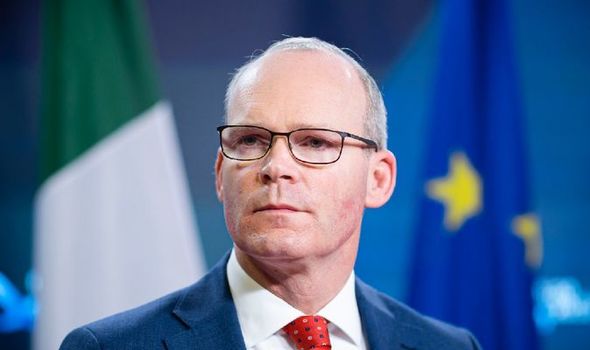 The Minister for Foreign Affairs Simon Coveney TD warmly welcomed the announcement by the European Commission on the extension of the grace period for chilled meats and range of other important issues around the implementation of the Protocol on Ireland and Northern Ireland. He paid tribute to Commission Vice President Šefčovič for his sustained commitment to responding positively to the concerns of people in Northern Ireland. Speaking from Dublin, Minister Coveney said:

“Today’s package of announcements strongly underlines the EU’s commitment to making the Protocol work for everyone in Northern Ireland. The EU has listened carefully to stakeholders on the ground and has delivered real and enduring solutions.

I welcome that the EU has responded positively to the UK’s request for an extension to the grace period on chilled meats. This cooperative approach recognises that the Protocol is jointly owned and must be jointly implemented. The only sustainable solutions are those agreed together. Today’s announcement also ensures continued access to vital medicines in Northern Ireland as well as addressing issues relating to motor insurance green cards, guide dogs and the movement of certain animals.

The time ahead must now be used to work towards longer-term arrangements on broader SPS and veterinary issues. I have full confidence that with the EU, UK and Northern Ireland stakeholders working together, the Protocol will deliver stability, prosperity and unparalleled access for Northern Ireland to both the UK and EU Single Markets.”

“Earlier this week, Vice President Šefčovič said that the EU stood ready to take “bold steps” on the Protocol.  Today’s announcement put those words into action.  The Commission is using every flexibility possible and even committing to amend EU law.  These decisions not only address the concerns of the business community but the proposals on guide dogs and removing the requirement for UK drivers to hold an insurance green card when entering Ireland or the rest of the EU will make a real difference to people’s everyday lives.

Tomorrow will mark 6 months since the end of the Brexit transition period.  I want to commend the many businesses who have undertaken significant work to adjust business processes and supply chains to meet the challenges of Brexit.  A range of Government supports remain available, including training and grants. I also want to remind businesses that further Brexit-related changes to UK import controls are coming later in the year, and to encourage them to prepare for these changes in good time. Full information is available at Gov.ie/Brexit.”

Culture In Focus - This Week: The United States of America