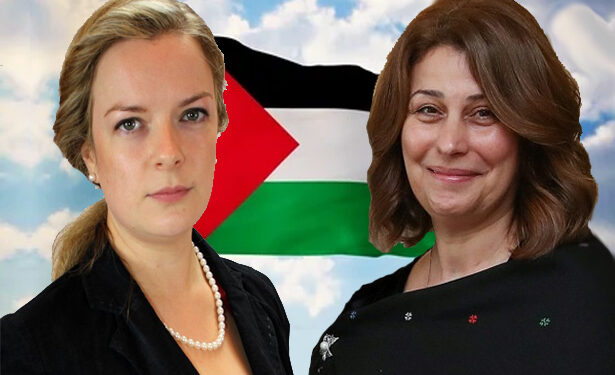 DUBLIN – Diplomacy in Ireland – The European Diplomat is pleased to announce another award of the Diplomatic Service Medal to members of the diplomatic corps serving in Ireland.  The Medals, which are awarded annually to individuals and/or organisations, are conferred in recocognition of their contributions to diplomacy, bilateral and multilateral relations, the promotion of peace and prosperity as well as other core values of diplomatic efforts.

Dr. Jilan Wahba Abdalmajid has a long career in the Palestinian diplomatic service. She began her diplomatic service at the Palestinian Ministry of Foreign Affairs in 1995 as Assistant Chief of Protocol. She was then posted in Cyprus where she completed her doctorate in Political Marketing, and she came to Ireland seven years ago as deputy to the former Ambassador. She presented her credentials as Ambassador of the State of Palestine to Ireland to President Higgins in January 2020. Dr. Wahba Abdalmajid is a mother of three children.

Ms. Sarah Holland serves as the Media & Communications Officer of the Mission of the Palestinian State in Ireland.  A graduate of St. Dominic’s High School (Belfast), Sarah has earned a strong reputation as an experienced professional in both public service and the private sector.  A former County Councillor (elected in 2014-2019), Sarah’s reputation for delivering for her community brought her to the attention of the island of Ireland.  Skilled in Communications as well as Reputation and Relationship Management, Sarah Holland’s work with Dr. Wahba Abdalmajid to use media and communications effectively in the service of their diplomatic mission is worthy of praise.

Thanks to the generous patronage of husband-and-wife entrepreneurs, Izz and Eman Alkarajeh, owners of the famed, award-winning Cork bistro ‘Izz Cafe’, their sponsorship of the award has been made possible. 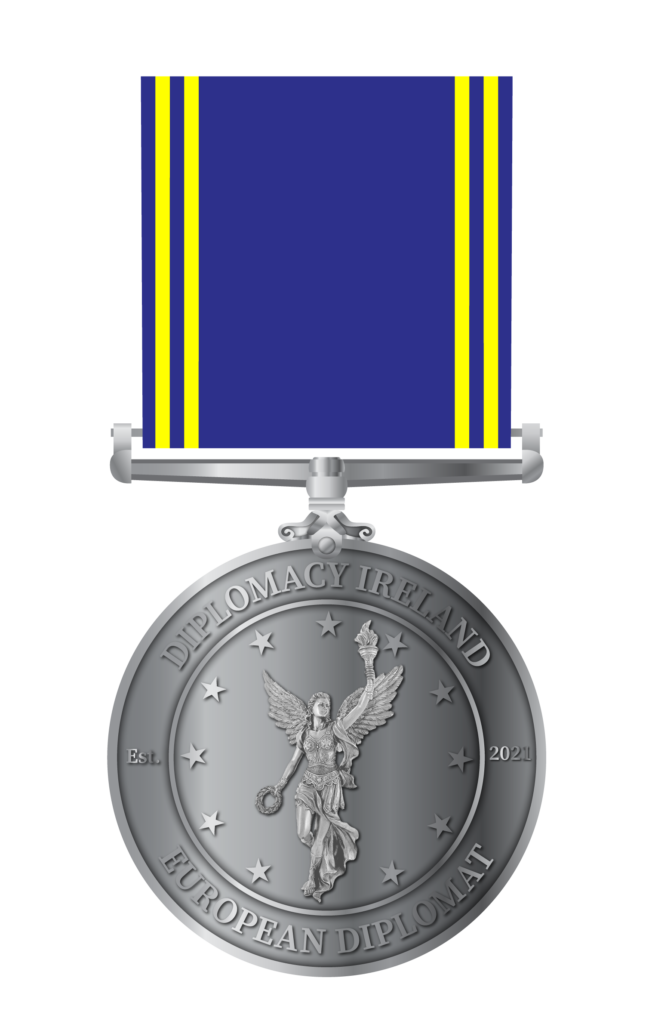 Two Types of Awards for Diplomacy, International Relations, Research, Teaching & Service
The Diplomatic Service Award
is a certificate that can be awarded to individuals who merit special recognition owing to their exceptional contributions of service in the fields of diplomacy, foreign affairs or international relations, in research or teaching in the academy, or in distinguished service rendered to diplomats.  When the Diplomatic Service Award is conferred it is done so by means of a certificate describing the acts that merit the award.

Comments from Editor-in-Chief Miceál O’Hurley
“It is our editorial and awards policy to recognise excellency in the disciplines, tools and actions of those in the diplomatic community.  The Palestinian Mission’s use of social media and communications has been adjudged to be not only excellent, but effective in furthering their diplomatic mission,” said O’Hurley.  “Since the promulgation of the Balfour Declaration in 1917, the Palestinian people have endured a more than century-long struggle for their independence and existence.  As observers, reporters and analysts of news and events surrounding the diplomatic corps we do so without endorsement or agreement or personal condemnation” O’Hurley continued.  “This does not keep us from recognising excellence in the performance of diplomatic service when we find it, even if such recognition proves controversial,”.

“The Irish-American President, John F. Kennedy, highlighted in his ‘A Strategy for Peace’ address at American University in 1963 that even if Americans were at odds with the Soviet Union,  ‘… we can still hail the Russian people for their many achievements–in science and space, in economic and industrial growth, in culture and in acts of courage.'” O’Hurley recalled.  “Whatever side of the Palestinian-Israel conflict one stands, Diplomacy in Ireland – The European Diplomat will recognise achievement and excellence where we find it.  I’m pleased to say that in the discipline of communications and use of social media, the Palestinian Mission in Ireland is worthy of recognition for use of these vital communication tools,” said O’Hurley.

“It is with honour that we recognise Dr. Wahba Abdalmajid and Ms. Holland,” said Shadrina.  “As the number of women serving in the diplomatic corps from around the world serve here in Ireland I’m certain we will  have more opportunities to recognise their accomplishments and achievements, not because they are women, but because they finally have a seat at the table,” Shadrina added.