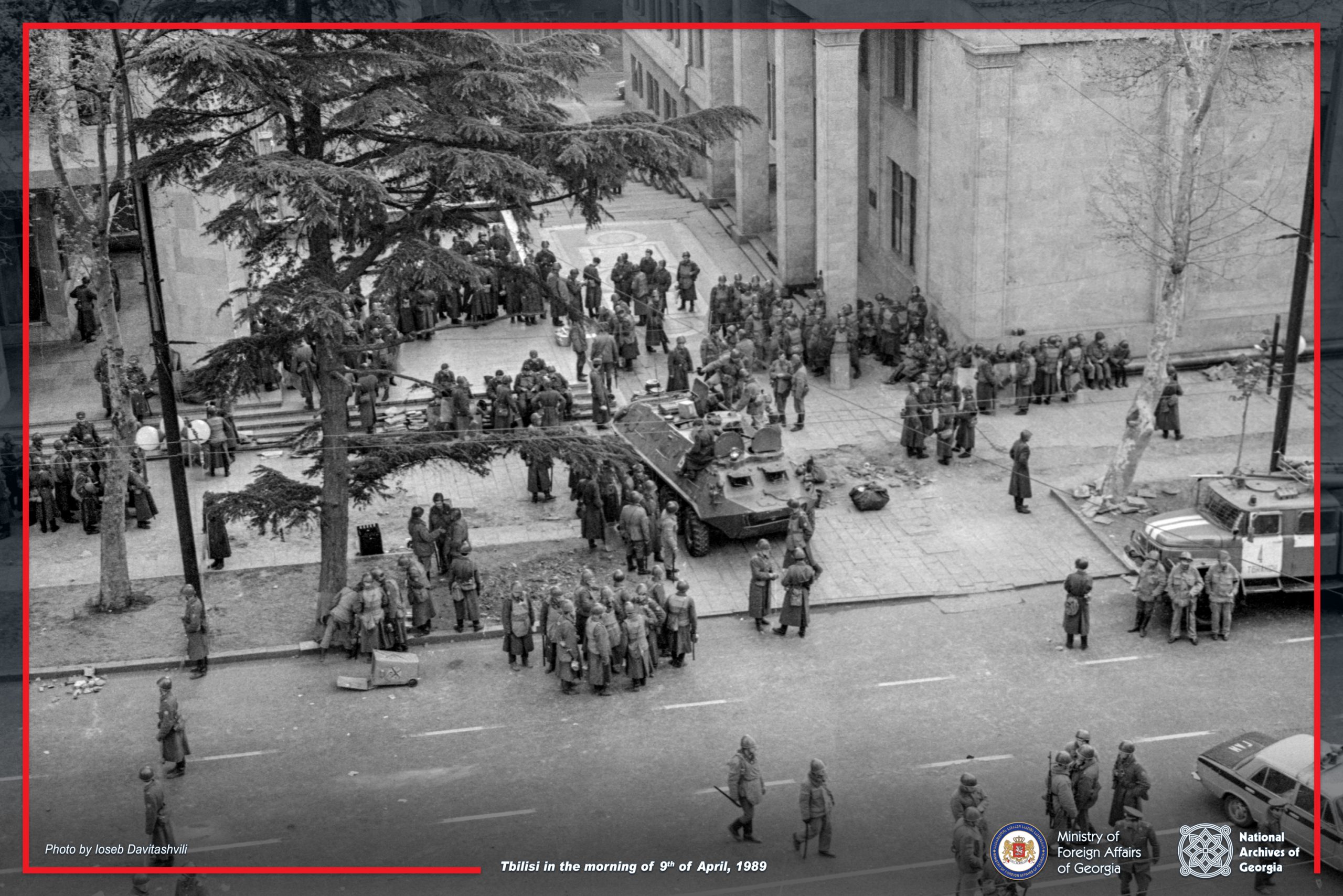 DULBIN (Embassy of Georgia) — April 9, 1989 had a significant impact not only on Georgia, but on the whole Soviet Union. This tragic event marked the beginning of Georgia’s challenging journey to independence. Georgia will always remember the young people and others who tried to stop Russian tanks with their bare hands, only to be killed by Soviet troops. The April 9 killings greatly accelerated Georgia’s quest for independence.

This year on March 31 Georgia marks 30th anniversary of the Independence Referendum Day that was turning point in Georgian history altering country’s future. The referendum was held on entire territory of Georgia, including Abkhazia and Tskhinvali regions. The people of Georgia voted with overwhelming majority for the restoration of independence in accordance with the Act of Declaration of Independence of Georgia of 26 May 1918. This laid the solid foundation for building a free, independent, and democratic European country.

Russia has always been considering democratic, independent and prosperous pro-European Georgia as a threat to its dominance in the region and its authoritarian rule. Currently, 20% of the Georgian territory is occupied by Russia. It is important to emphasize that the conflict in Abkhazia and Tskhinvali regions of Georgia is not an internal rebellion or a civil war but coordinated attack fomented, planned and carried out by the Russian Federation.

Georgia continues to battle to restore its full territorial integrity. In this regards, it is crucially important that the international community does not turn a blind eye to the alarming processes that the Russian Federation is carrying out through de-facto annexation of Georgia’s occupied territories and projecting power in the wider Black Sea region and the South Caucasus.

During last decades Georgia has been a remarkable example of democratic and economic transformation. Country is progressing well towards the European Union. As one of the top reformers in the region, Georgia has developed a good track record of the implementation of its Association Agreement/DCFTA. Georgia steadily continues political and economic reforms so that the country becomes ready to apply for EU membership in 2024. As a NATO aspirant country Georgia has achieved significant progress on its Euro-Atlantic integration path, as well as democratization and defence reforms. It is worth to mention that Georgia is a significant contributor to the regional as well as global security.

And finally, let me underline that the shared European fundamental values of humanism and democracy are the key elements in strengthening the political processes driving Georgia forward to become even more united and inclusive member of European Family.

See also our coverage of the 9 April 1989 Tragedy at DiplomacyIreland.eu    https://diplomacyireland.eu/georgian-embassy-commemorates-9th-of-april-1989-tragedy/