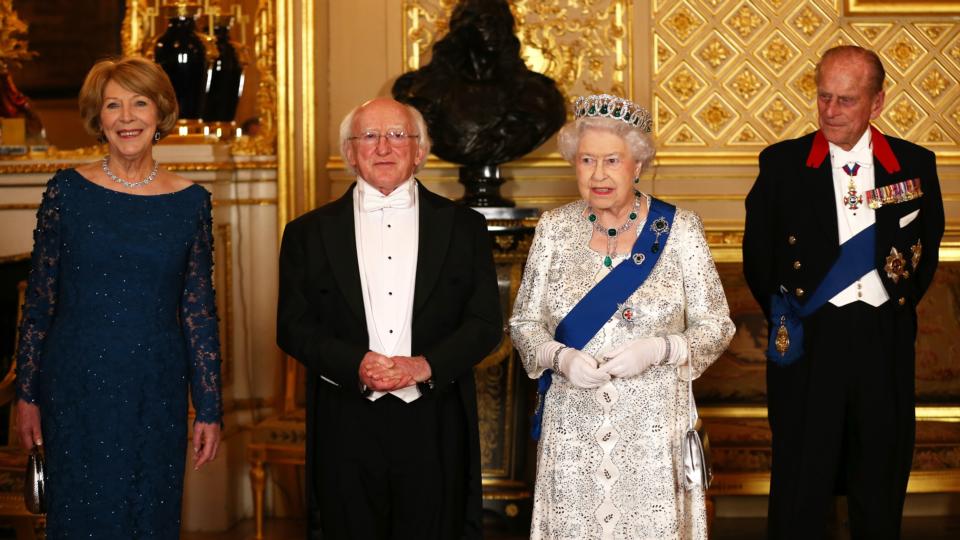 His death was announced by Buckingham Palace, which indicated he passed away peacefully.  Prince Philip had been hospitalised on various occasions in recent years for a variety of ailments, most recently in February, 2021.

Born on the island of Corfu, Greece on 10 June 1921, Philip of Greece was the fifth child and the only male heir of Prince Andrew of Greece and Denmark, the brother of the King of Greece, Constantine.  His mother, Princess Alice was the eldest daughter of the former Prince Louis of Battenberg.  Through his mother, Philip was a great-great-grandson of Queen Victoria.  His wife, Queen Elizabeth II, is also Queen Victoria’s great-great-granddaughter.  Additionally, both Prince Philip and Queen Elizabeth II have the distinction of being great-great-great-grandchildren of King George III, who presided over Britain’s loss of the American colonies, now the United States of America.

Philip of Greece’s family changed their name from Battenberg to a more ‘English’ Mountbatten during World War I, as did the reigning King, Edward V, whom changed the family name from the German Saxe-Coburg to Windsor.

Prince Philip passed our of the Royal Naval College, Dartmouth in 1939, joining the Royal Navy thereafter.  During World War II, Prince Philip, first as a lowly midshipmen and later as a lieutenant.  In 1981, Sub-Lieutenant Philip was mentioned in dispatches for her serving during the Battle of Cape Matapan.  In 1943, during the invasion of Sicily, he against served with distinction by saving his ship, the HMS Wallace, from a night bomber attack.  Prince Philip launched a makeshift raft with smoke and flames that distracted the bombers allowing the ship to slip away under darkness.  At the close of the war, Prince Philip was present in Tokyo Bay when the Japan signed the instruments of surrender on the USS Missouri.

Marriage and Ascending as Prince Consort

Not long after the close of the war Prince Philip and Princess Elizabeth became engage, marrying on 20 November 1947.  The royal wedding offered a London and nation that had suffered so much during the war a much needed lift.  Princess Elizabeth reportedly used ration allowances to purchase the fabric for her dress.  Prince Philip wore his Royal Navy uniform.  The pair began married life in naval service and the crown Princess as a dutiful naval wife.

Upon the death of Elizabeth’s father, King George VI, Princess Elizabeth became Queen and Prince Philip her consort.  The young couple reinvigourated the importance of the monarchy at a time when Britain’s reign as an empire was speedily vanishing.  A constitutional monarch, Queen Elizabeth’s role was largely ceremonial, however, her personal character helped steer the monarchy through trying times.  Prince Philip played an instrumental role in guiding the family through the trials and tribulations of private and public life over the years.  He was the Patron of more than 800 charitable organisations and founded the Duke of Edinburgh Awards which recognises the achievements of youth, in now more than 144 countries.

No Stranger to Ireland

Prince Philip, the Duke of Edinburgh, accompanied Queen Elizabeth on her visit to Ireland in 2011, marking the first visit of a reigning British monarch since Irish Independence.  The Prince was noted for his jovial good humour, friendly manner and his embrace of Ireland and the Irish people during the visit, even visiting the Guinness Brewery, St. James’ Gate, Dublin before observing the ‘pulling of a pint of Guinness’ he then consumed in the Gravity Bar, a notable Dublin attraction.

Prince Philip visited Northern Ireland more frequently over the years.  His uncle, Lord Louis Mountbatten was murdered in July 1979 when the IRA detonated a bomb aboard Lord Mountbatten’s boat in Mullaghmore, Co. Sligo.  The bomb also killed teenagers Paul Maxwell, from Enniskillen, and Nicholas Knatchbull, as well as Lady Brabourne.  Later, in 2012, while accompanying Queen Elizabeth II on a visit to Northern Ireland, Prince Philip earned praise for greeting former IRA commander and then Northern Ireland Deputy First Minister Martin McGuinness (Sinn Fein) cordially, if not even warmly, despite the loss of his favourite uncle and mentor.

Tributes from Ireland and Northern Ireland
Upon learning of the death of Prince Philip, an Taoiseach, Deputy Micheál Martin,  remarked through social media, “Saddened to hear of the death of HRH Prince Philip, Duke of Edinburgh.  Our thoughts and prayers are with Queen Elizabeth and the people of the United Kingdom at this time.”

First Minister Arlene Foster tweeted her tribute to the Duke of Edinburgh as follows: “As First Minister of Northern Ireland and Democratic Unionist Party Leader, I offer my deepest sympathies to Her Majesty The Queen and to all members of the Royal Family at this sad time.”

Through a Statement, Deputy First Minister of Northern Ireland, Michelle O’Neill, said: “Over the past two decades there have been significant interventions by the British Royal family to assist in the building of relationships between Britain and Ireland.  It is appropriate that this contribution to the advancement of peace and reconciliation is rightly recognised.  To all those of a unionist tradition and of British identity – those who value and cherish the Royal family – I wish to acknowledge the sense of loss felt.”

Burial
As Prince Consort, the Duke of Edinburgh, Prince Philip, is not entitled to a State Funeral nor to lie in State at Westminster Palace.  He is known to have often made clear he did not ‘want that kind of fuss’ anyway.  Prince Philip is expected to receive the Christian Rite of Burial at either Westminster Abbey or St. Paul’s Cathedral.

Announcement for the official burial arrangements for Prince Philip are expected from the palace shortly.

Ramadan Mubarak to all of our friends and colleagues celebrating Ramadan

Ramadan Mubarak to all of our friends and colleagues celebrating Ramadan