Can Russia Ever Be Believed? 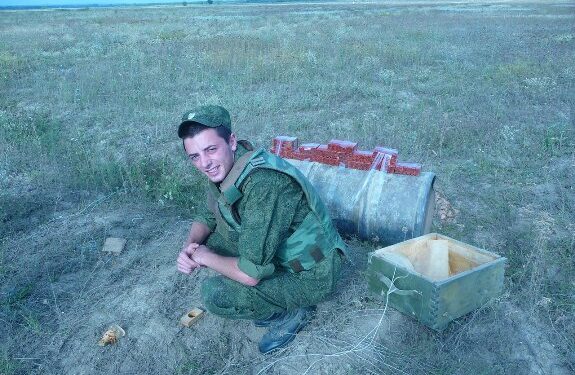 ROSTOV ON DON — To understand the risks of a new Russian invasion of Ukraine, many pundits are looking to Kremlin statements or utterances by Russian President Vladimir Putin or Foreign Minister Lavrov as they peer into their crystal balls trying to see the future.  So willing is the West to believe the utterances that come out of Russia that when the Ambassador of Ukraine to Ireland, Her Excellency Ms. Larysa Gerasko, appeared before Ireland’s Joint Committee on Foreign Affairs & Defense on 15 February 2022, no less than 3-Members of the Committee referred to that morning’s announcement from the Kremlin of a “Russian pull-back” as though it was to be taken at face value and the crisis averted.  Now, 4-days on, there is not a shred of evidence Russia’s claims of de-escalation were true and to the contrary, all evidence points to a further build-up of Russian forces threatening Ukraine.

It is high-time that the West finally embraces the reality that Russia’s words are meaningless and it is their actions that must be considered.

And here the confluence of a story of a young, 20-year old Russian lad and Russian graves registration unit is worth sharing.

Anton Tumanov was an ordinary boy.  Handsome, capable, patriotic and diligent, he was his mother’s pride and joy.  Yelena Tumanova had worked hard-and-long hours with little pay to give her son every advantage, be it a summer camp experience, a new football or the basic food stuffs that were so scant at the time he was born.

After completing his mandatory military service in the Russian Army he returned home.  However, in 2014, when his President, Vladimir Vladimirovich Putin told the country, “The motherland needs you,” he re-enlisted for another tour of duty.  Despite Russia having invaded and occupied Crimea, Luhansk and Donetsk, and fulling knowing the history of Russia’s armed invasions and occupations in Moldova’s Transnistria and Georgia’s Abkhazia and Tskhinvali regions, his mother Yelena claims, “When he chose this path, we didn’t know they were sending our soldiers to Ukraine.”  After all, he son assured her, “Don’t worry, Putin says they won’t send anyone there”.  Such is the deep belief (or delusion) the Russian people generally share for their revered leader.

On 10 August, Anton texted his mother that his unit was being deployed to Donetsk (it must be reiterated that despite hundreds of confirmations from soldiers’ families, and geolocation markings on photographs shared on social media platforms, Russia implausibly still denies they sent troops to Ukraine’s Donetsk and Luhansk regions (commonly known as ‘Donbas’).  On 20 August, Yelena received his coffin from the Russian Army graves registration unit.  His casket had a small window so Yelena could look upon her child-soldier’s face, one still so young he hardly ever shaved.  Of course it was sealed.

Yelena learned two things about Anton’s death that sent shivers down her spine.  The first, according to his comrades, his legs had been “blown off” as his unit was engaged in “fierce fighting” with Ukrainians defending their country from the Russian invasion.  The second, she was “never to speak of Anton dying in Ukraine.  Ever!”.

This ominous warning was reinforced when she received her son’s death certificate.  According to the independent newspaper Novaya Gazeta, whose investigative journalists critical of Putin and the Russian Government have a habit of meeting extremely violent deaths (Igor Domnikov, Viktor Popkov, Anna Politkovskaya, Stanislav Markelov and Natalya Estemirova) Anton’s death certificate from the Rostov morgue simply stated he, “… died at the place of temporary deployment of military unit 27777 … of massive blood loss [from] multiple shrapnel wounds”.  Officially, the fact that Anton Tumanov, a soldier in the Russian Army, a lad Putin promised would not be sent to fight in Ukraine, one who was killed in heavy combat serving the ‘Motherland‘ in Russia’s invasion of Ukraine, could not have his place of death recorded.  After all, the truth would undermine Russia’s implausible denials that Russian troops formed the invasion force in Donbas, Ukraine.  They maintain this fiction to this very day.

For Yelena, her son’s grave is denied the honours of Russian soldiers who are killed in the line of duty.  Nor did she receive the medals that would be given to a surviving family member of a Russian soldier that died heroically.  According to The Guardian, all that Yelena Tumanova is left with is regret, “If I would have known, if he would have known … he would not have joined up again.  Even if he would have, I wouldn’t have let him.  But he said: ‘Don’t worry, [the Russian president Vladimir] Putin says they won’t send anyone there.’”

Today, Yelana Tumanova knows only too well that Putin’s words are meaningless.  Ukrainians have learned this lesson many times, especially after they gave up the 3rd largest nuclear arsenal in the world for Russian guarantees of recognising their independence and sovereignty and even pledging to defend the sovereignty of Ukraine’s borders.

The West must now too learn the lesson, once and for all time, that listening to Russia’s promises and claims is a fool’s errand.  It is their conduct and actions which must define our view of Russia and govern our response.

Post Script:  In addition to human intelligence confirmation that Russia is moving inordinate amounts of blood and plasma to the Ukrainian border, which would indicate such valuable resources with relatively short expiration dates were to be needed forthwith, unconfirmed social media posts by Russians that have been geo-location confirmed from within Russia, seemingly indicate that the Russian soldiers responsible for the recovery of bodies and mortuary preparation of the dead, replete with cases of body bags, have been mobilised within the last 48-hours.  Let’s hope such intelligence is, as US Secretary of State Anthony Blinken said, open to being proven wrong.  Russia’s words, however, are increasingly ringing incredible.  Let us all pray Putin come to his senses before Russia’s latest shipments to the front lines are needed.