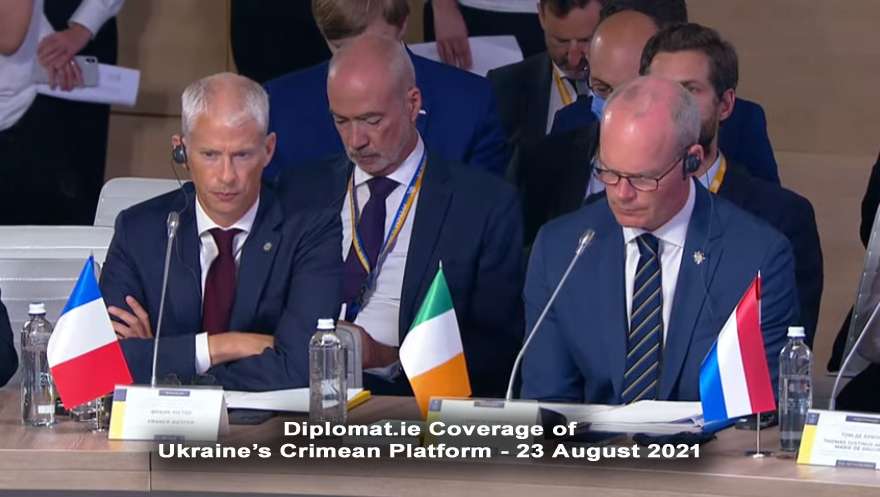 KYIV – Counting more than 45 world leaders from 4 of 7 continents, with 27 of 27 European Union countries participating, 30 of 30 NATO countries, 370 accredited media including 170 from the international press corps and 200 experts from more than 33 countries – the success of Ukraine’s bold and innovative Crimean Platform is evident from its broad, high level participation.

In creating the Crimean Platform for problem-solving necessitated by Russia’s temporary occupation of Crimea, Kyiv has achieved that which Russia fears – Ukraine has made the full transition from victim to dynamic and empowered problem solver with friends.

The ingenuity and practicality of the Crimean Platform marks Ukraine as having entered its maturity as a State.  Celebrating its 30th Anniversary of Independence on 24 August, Ukraine will do so even against the onslaught of the Russian bear inside her borders.  Unique in such situations, Ukraine has done so while maintaining its democratic commitment, continuing on a path of reform and blossoming as a civil society with a functional – even growing economy.

Ireland’s delegation was led personally by Minister for Foreign Affairs Simon Coveney, T.D..   While visiting Kyiv, Minister Coveney will also preside over the opening of the new Irish Embassy in Ukraine.  Ireland has elevated its bilateral relationship with Ukraine as part of the ‘Global Ireland’ initiative commenced in 2018.

Viewers can watch the proceedings by clicking on the image below: