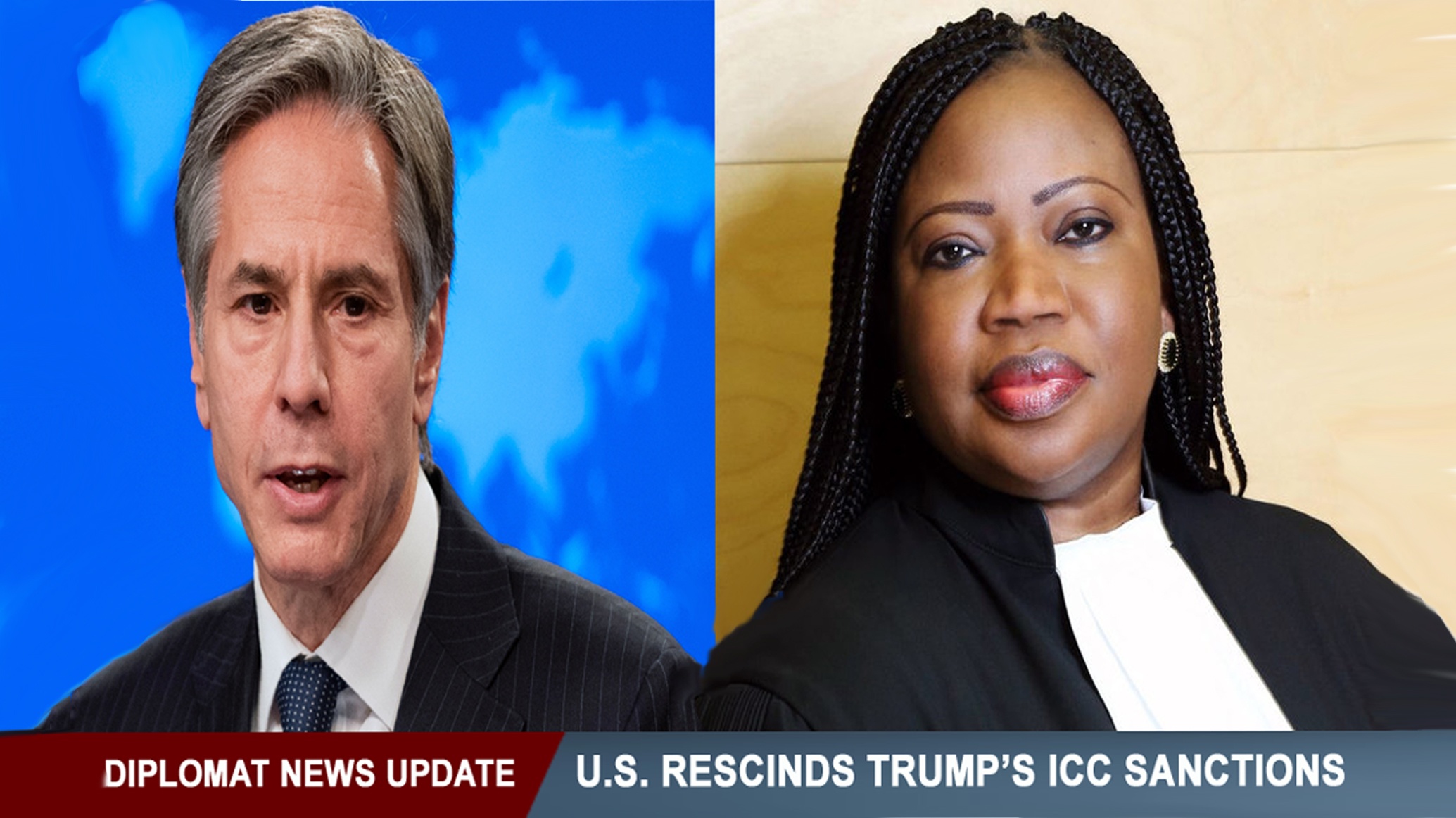 America’s top diplomat, Secretary Blinken condemned the sanctions in his statement, “These decisions reflect our assessment that the measures were inappropriate and ineffective,” he said, while reiterating that the Biden Administration, like all previous US Administrations, maintain strong objections to allowing US citizens to submit to the ICC’s jurisdiction.  Most recently the US objections have centred on the ICC’s decision to investigate alleged war crimes in Afghanistan in which US military personnel and contractors may be implicated.

Both the Trump and Biden Administrations have voiced significant concerns about the ICC’s attempts to investigate war crimes in the Occupied Palestinian Territories.   In a prepared statement released by the US Department of State announcement of the sanctions being rescinded, Secretary Blinken said, “We maintain our longstanding objection to the Court’s efforts to assert jurisdiction over personnel from non-States Parties such as the United States and Israel.”

Secretary Blinken and President Biden have gone to great lengths in their attempt to re-assert the US commitment to multilateralism and cooperation with international organisations and bodies.  In his first 100 days in office, often a benchmark in judging progress of a new US President, the Biden Administration has rejoined the Paris Climate Accord, announced its commitment and new efforts to support NATO, signaled a new policy of collegiality at the United Nations and now has lifted sanctions targeting the ICC.  Still, President Biden has so far failed to seize the initiative in rejoining the Joint Comprehensive Plan of Action (JCPOA) nuclear deal with Iran, nor has he lifted sanctions.  The US is expected to meet with JCPOA stakeholders next week, albeit no face-to-face dialogue with Iran is presently on the agenda.   The US has also taken a more bellicose tone with Russia and China, with each nation beginning to respond in kind, further heightening trade and security issues within their spheres of influence around the world.

Still, Secretary Blinken has signaled a new détente with the ICC that is less coercive and based on mutuality, “The best way forward, though, was through engaging with all stakeholders in the ICC process,” Blinken said.   The US continues to prod the ICC to engage in reforms.