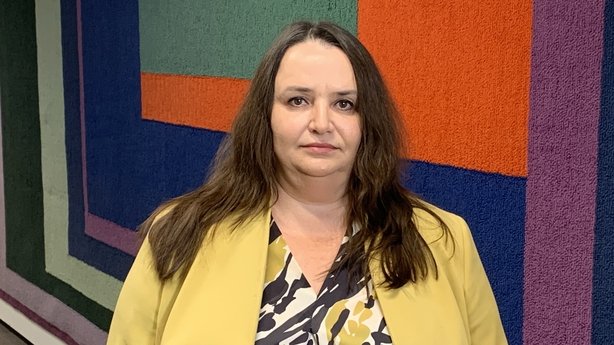 DUBLIN – Yesterday, the Russian Federation Ambassador to Ireland, His Excellency Mr. Yuri Filatov, appeared on RTÉ’s Morning Ireland programme.  During the appearance, Ambassador Filatov denied any interest by the Russian Federation to invade Ukraine.  Diplomats are aware that Russia routinely denies its belligerent activies.  Ambassador Filatov’s latest denials on behalf of his Government ring particularly hollow given Russia’s denials of aggressive intetions before their invasions and occupations of Moldova’s Transdniestria, their invasion of Georgia’s Abkhazia and later South Ossetia regions, then Russia’s denials of agression in Ukraine’s Crimea, Luhansk and Donetsk regions.  Russia also denied compliticty in the poisoning of dissident Alexander Litvenenko, Sergei Skripal and his daugther and Dawn Sturgess in Great Britain.  In the LItvenenko case, the Grand Chamber of the European Court of Human Rights (ECHR) found Russia ordered and facilitated his poisoning by polonium in a London restaurant.  So too did the ECHR reject Russia’s claims that it wasn’t in effective control of proxy forces in Georgia.  Only last month, a German Court rected Russia’s denials and found that the Russian Government had ordered the summary execution and assasination of a Refugee in a Berlin park frequented by children and families.  Russia is currently a defendent in the Hague, Netherlands where prosecutors reject their denial of responsiblity for shooting down civilian airliner MH-17 with a Russian made BUK missile that killed all 298 civilians on-board, including an Irish citizen.  Russia has also been found to be complicit in the use of banned chemical weapons against civilians in Syria despite its denials.  These chemical attacks have including targeting residential areas and hospitals.  Russia’s denials have proven time-and-again false leaving Russia without credibility.
This morning, Ukraine’s Ambassador to Ireland, Her Excellency Ms. Larysa Gerasko appeared on Morning Ireland.  Asked to opine on Russia’s denials, Ambassador Gerasko simply referred to the catalogue of false statements given by Russia, cited their breaches of international law, as proof of the lack of value of Russian denials.  To date, more than 14,000 Ukrainians have been killed by Russian forces and their proxies in Ukraine.  Some 1.5 million Ukrainians have been designated Internally Displaced Persons (IDP). In 2014, Russia illegally entered and temporarity occupies Ukraine’s Crimea, Luhansk and Donetsk regions.  The internationally community responded with sanctions which Ireland has universally and consistently supported in each vote at the UN and EU.  Given current intelligence, and Russia’s continued build-up of forces along Ukraine’s border, including now the Belarus border with Ukraine, Kyiva is preparing for an all-out invasion.

Ambassador Gerasko told RTÉ “[Russia] spreads massive disinformation”, launches cyber attacks and undermines the situation in Ukraine.  The Kremlin is very resourceful and inventive.”   According to Ukraine’s Ambassador to Ireland, “We are expecting the full-scale invasion.”