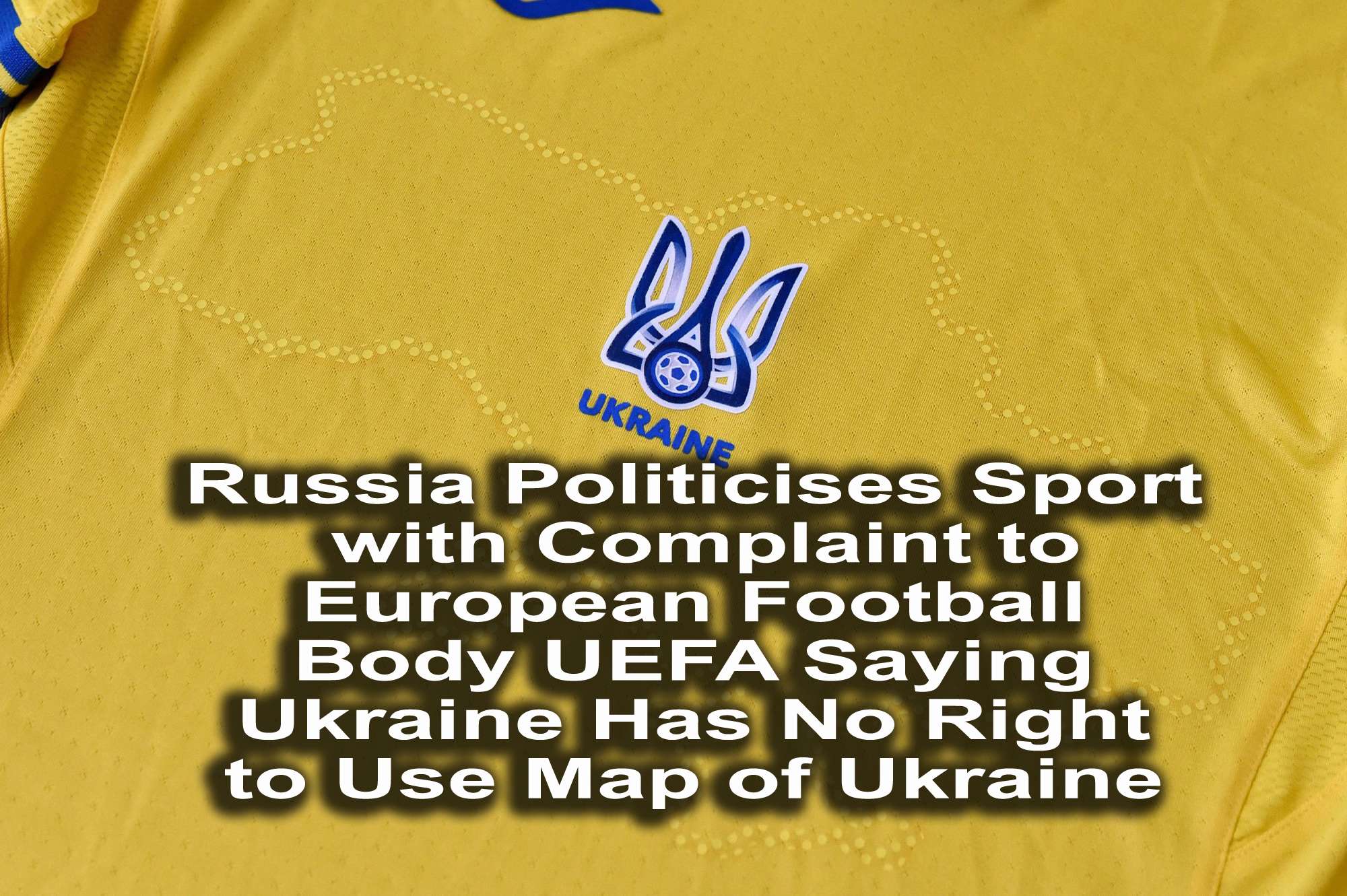 KYIV – Only a week before play begins, in a move of utter audacity and hubris that has invoked ridicule and disdain, Russia has complained to the Union of European Football Associations (UEFA), Europe’s football governing body, complaining that the inclusion of a map of Ukraine which includes Crimean on the Ukrainian national team’s jersey is an “act of provocation”.  Crimea is acknowledged as being part of Ukraine’s internationally recognised territory by the United Nations and European Union (including Ireland).

In 2014, Russia invaded Crimea by force, held unlawful sham elections, barred international observers and proceeded to illegally attempt to annex Crimea.  Over the seven years of Russian military occupation, which coincided with Russian forces invading parts of Eastern Ukraine, more than 13,000 Ukrainians have been killed, 1.5 million Ukrainians remain internally displaced and billions of Euros of property damage has taken place at the hands of forces effectively controlled and supplied by Russia.  Earlier this year the International Criminal Court announced that it is investigating Russia for war crimes based on numerous, credible reports of extrajudicial killings, disappearances and the widespread displacement and persecution of the Crimean Tatar community and ethnic Ukrainians.

The Ukrainian national team’s jersey is emblazoned with the Tryzub, a three-pointed trident that has been used as a national symbol of Ukraine since the time of St. Volodomyr the Great, Grand Prince of Kyiv and Ruler of the Kyivan Rus.  Appearing in light tracing behind the Tryzub symbol on the jerseys is the outline of the internationally recognised borders of Ukraine which includes Crimea.  According to Ukraine’s President, Volodymyr Zelenskyy, the map is a symbol on national unity.

One Russian lawmaker called the Ukrainian national team’s jersey, “… an act of provocation”.   Despite Russia having breached international law by invading Crimea and occupying it by force, Russia has made a formal complaint to UEFA on Ukraine’s depiction of a map of its own territory.  Moscow’s complaint states the Ukrainian jersey has “political motives”.

Other national teams have in the past used images of their national boundaries without objection, making the motivation for Russia’s objection both unique and politically charged.

Irish football fan and UEFA enthusiast Seán Ó Laoire told Diplomacy in Ireland – The European Diplomat, “Russia has some incredible cheek to complain.  Nobody has been this brazen since McDonald’s restaurants sued the chief of Scotland’s clan MacDonald for using his very own name saying it harmed their rights to the Big Mac!”.

The Euro 2020 games have been delayed by a year owing to the Covid-19 pandemic.  Play  begins in Rome on Friday.  Matches will be held in eleven cities around Europe, including St. Petersburg in Russia following restrictions in the United Kingdom that required a relocation of the matches to accommodate fans.