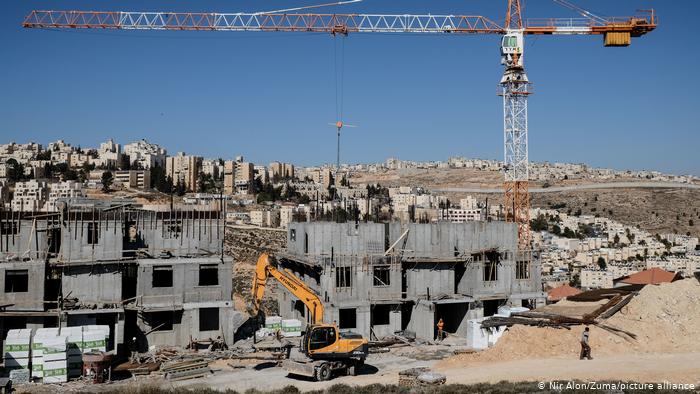 DUBLIN — In a unilateral move drawing widespread condemnation, Israel approved the construction of almost 800 new settlement housing units in the Occupied Territory of the West Bank on Sunday, only three days before Joe Biden is to be sworn-in as the 46th President of the United States.  The US has been a close ally of Israel since its inception in 1948.

The announcement comes on the heels of caretaker Israeli Prime Minister Benjamin Netanyahu pledging settlement expansion in the aftermath of the Israeli government collapsing.  The coalition Government, led by Netanyahu’s Likud party and Defence Minister Benny Gantz’ Blue & White party, was marked by growing acrimony and vocal mistrust between the two prior to Parliament being dissolved when the Government failed to pass a budget in December 2020.  The collapse of Parliament triggering Israel’s fourth election in two years.

Reached for comment, a Spokesperson for the Embassy of Israel to Ireland in Dublin provided the following statement, “Prime Minister Netanyahu’s recent authorisation for the advancement of construction of 800 residential units in Judea and Samaria (the West Bank) is in order to meet the essential needs of local communities in these areas. We hope that the international community will urge the Palestinian leadership to return to the table for direct negotiations, without preconditions. It is only through such negotiations that these, and other, issues can be resolved.”

In an exclusive statement to Diplomat Ireland, Her Excellency Dr. Jilan Abdalmajid, Ambassador of the Palestinian Mission to Ireland, was vocal in her condemnation of Israel’s latest plans to expand settlements in the Occupied Territories, “Settlement is illegal according to international law and settlement activity could not have been sustained or thrived without funding.  The funding of illegal settlements must stop and trade with these illegal entities banned.  The Israeli announcement to build 780 new housing units is a flagrant and grave breach of international law as well as UN Resolutions, mainly the UN Security Council Resolution 2334.  We condemn and reject the Israeli illegal settlement policy which, up to date, brings the total to more than 600,000 Israeli settlers living in more than 250 illegal settlements and outposts built on a seized Palestinian lands.”

Ireland’s Foreign Affairs and Defence Minister Simon Coveney expressed Ireland’s own growing frustration over growing illegal settlements, “I am extremely disappointed at the announcement earlier this week by the Israeli authorities regarding a further 800 housing units within Israeli settlements in the West Bank. Settlement activity in the occupied Palestinian territory is illegal under international law.”  Speaking to Israel’s conduct further damaging the ‘Two State Solution’ for peace to which they committed themselves in the Oslo Accords between 1993-1995, Coveney wrote, “I continue to be very concerned about the tender for construction of a new settlement of over 1,200 housing units in Givat Hamatos. The expansion of settlements in this strategically sensitive area between Jerusalem and Bethlehem will undermine the viability and territorial contiguity of a future Palestinian State and the possibility of a negotiated two-state solution in line with internationally agreed parameters.  I reiterate my call on the Israeli Government to reverse this decision and to halt all settlement activity.  I urge all parties to respect international law and to avoid unilateral actions which erode trust and confidence – critical components to the resumption of meaningful negotiations – between the parties.

Outrage was also expressed within Europe at what is seen as Israel’s continued violation of international law in expanding settlements.  An EU spokesman declared Israel’s decision to further expand settlements as “… contrary to international law and further undermines the prospects of a viable two-state solution.  The EU has repeatedly called on Israel to end all settlement activity, and to dismantle outposts erected since March 2001.  It remains the EU’s firm position that settlements are illegal under international law. The EU calls upon both parties to avoid unilateral steps that could undermine the two-state solution.”

Asked by Diplomat Ireland about the impact Israel’s settlement expansion policy has on the continued viability of the Two State Solution and peace, Ambassador Abdalmajid responded, “These activities undermine the possibility of achieving the two-state solution, as well as efforts exerted for the resumption of negotiations.  We call on the international community to hold Israel accountable and put pressure to stop its settlement policy.  These activities should come to a total halt and occupation must end.”

Jordan, a pivotal player in Middle East politics and diplomacy, also slammed the decision by Israel to expand illegal settlements.  In a Statement released Sunday, Jordanian Ministry of Foreign Affairs spokesperson Dhaifullah al-Fayez condemned Israel’s latest expansion of illegal Israeli settlements, displacement of Palestinians and expropriation of their property in the Occupied Territories saying they marked a “flagrant and grave violation of international law and resolutions, most notably UN Security Council Resolution 2334.”

Netanyahu has exploited his close friendship with President Donald Trump to increase the pace of settlement construction.  Peace Now, an Israeli organisation whose stated goes is to “…ensure Israelis embrace the only viable solution to the Israeli-Palestinian conflict: two states, meaning the creation of a Palestinian state alongside Israel,” claims Israel approved or advanced construction of over 12,000 settlement home in 2020 alone, the highest annual figures since it began recording statistics in 2012.  The Trump administration departed from long-held, bi-partisan US policy of US Presidents since Richard Nixon in opposing expanded Israeli settlements, viewing them as illegal under international law.  Notably, Secretary of State Mike Pompeo visited an illegal settlement in 2020.  More than 600,000 Israelis live in over 230 settlements built since the 1967 Israeli occupation of the Palestinian territories of the West Bank and East Jerusalem al-Quds.

Internally, the latest move to expand settlements is perceived to be a political move by Netanyahu and Gantz to court Israeli right-wing voters.  Yair Lapid, Israel’s Opposition Leader, called the approval of further settlement housing, “an irresponsible step.  The Biden Administration still hasn’t taken office and the [Netanyahu/Gantz] Government is already leading us to an unnecessary confrontation.”  Lapid, who leads the Yesh Atid party, indicated the decision was based on a crass appeal to voters in the upcoming Knesset elections, “Even during elections, the national interest needs to be maintained.  A sane Government doesn’t start an unnecessary battle with a new American President.”

Yossi Dagan, a Settler movement leader with the Samaria Regional Council, praised the announcement as a, “historic achievement.”  Dagan also called on the caretaker Netanyahu/Gantz Government to formally recognise the thousands of homes and illegal outposts built without the State’s approval.  Despite lacking State approval, illegal settlements generally enjoy the support of Israeli infrastructure, political participation and security, including the protection of the Tzahal (Israel Defense Forces or, IDF).