No Prior Registration Necessary - View Online at www.diplomacyireland.eu 20 Jan '22 at 1500hrs (GMT) 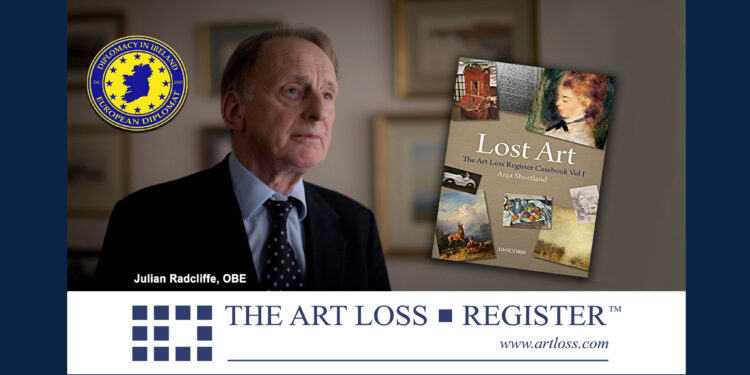 DUBLIN — On 20 January 2021 at 1500hrs (GMT), Diplomacy in Ireland – The European Diplomat will host an expert webinar on the topic “Stolen, Looted, Disputed & Missing — Diplomacy and the Law on Preserving Cultural Artefacts & Artistic Treasures” with our Special Guest Expert, Julian Radcliffe, OBE.   The Webinar can be viewed here at:  www.diplomacyireland.eu and will be hosted on Youtube thereafter. 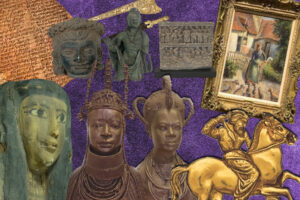 Whether its art stolen by Stalin or looted by the Nazis, the Parthenon Marbles which remain in dispute or the Amber Room which vanished from the face of the Earth, diplomats have increasingly become involved in issues relating to artistic, international law, recovery, preservation and dispute resolution.  Given the wars in Iraq and Afghanistan, the occupation of territories by the Russian Federation, coups, the emergence of authoritarian regimes and increased conflict across the globe, Stolen, Looted, Disputed & Missing will continue to grow as part of our routine dialogue.  In the past few months alone, the Government of Germany’s decision to return the ‘Benin Bronzes’, Israel’s return of Egyptian art they had seized from looters and, most recently, the ‘Scythian Gold’ case in the Netherlands Court of Appeals, all underscore how important State actions are to this topic and how diplomats were at the crux of each matter.  Private pieces that are stolen, looted or disputed or that have gone missing also routinely also involve diplomats given the international nature of art theft and disposal.  From private owners, to collectors, and from museums to auction houses, Stolen, Looted, Disputed & Missing Art continues to be a pressing issue. 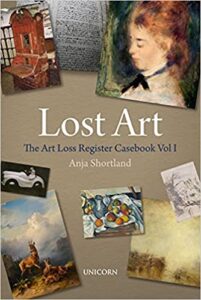 Julian Radcliffe is the Chairman and founder of the Art Loss Register, the internationally recognised searchable database of stolen, looted, disputed and missing art and antiques.  For 30 years it has provided a vital part of the due diligence service required by the art trade, and the recovery service required by the victims of theft, insurers and the police.  It has 50 staff, carries out 750,000 searches a year and over 140 auction houses subscribe to have their catalogues searched prior to sale.  Julian is an Oxford graduate  in PPE, specialising in International Relations and worked as an insurance broker at Lloyd’s of London where he pioneered the insurance of political risks and founded Control Risks, the leading Security Consultancy which advised on kidnap negotiations for Lloyd’s, many Multinational Companies and Governments.  He founded the Art Loss Register in 1990 and has lead on the recovery negotiations of many complex art/antiquity cases which feature in “Lost Art -the Art Loss Register Casebook Vol 1” by Professor Anja Shortland.  Julian Radcliffe was awarded the OBE in 2000 and the QVRM in 2007 for services in the Reserve Army.  He is a farmer, collects early English Watercolours and is organising the 900th anniversary celebrations of his Livery Company in London.

Issues covered will include: