‘National Readiness in Confronting Emerging Threats and Continuing Hybrid Warfare in Ireland, the EU & Throughout The World’ 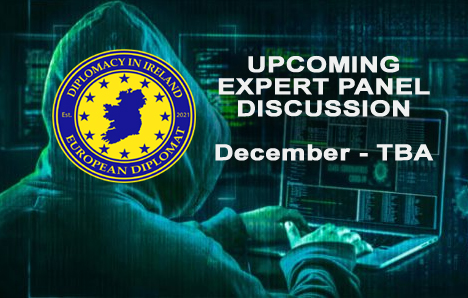 DUBLIN – Diplomacy in Ireland – The European Diplomat will be hosting a panel of defence experts, academics, journalists and others to discuss the issue of ‘National Readiness in Confronting Emerging Threats and Continuing Hybrid Warfare in Ireland, the EU & Throughout the World’.

Having suffered interference in Irish elections by fake Facebook accounts and the forgery of documents purportedly being issued by members of the Northern Ireland assembly, to ‘Finsta’ (fake Instragram accounts) fanning the flames of fake news and hoping to create disenchantment with politicians, ministries and other Irish institutions, to the emerging threat I reported on last summer such as increased surveillance flights off the Irish coasts by Russian military aircraft or suspected Russian intelligence agents conducting reconnaissance on critical transatlantic communications equipment in Ireland to the Russian hacking and use of ransomware against the Health Service Executive (HSE) during the height of the pandemic (the effects of which still have not been overcome), the issue of national readiness to confront these challenges is increasingly becoming part of the civil society dialogue.

Panelists will explore Ireland’s capacity and willingness to address these challenges to our economic, physical and democratic security and freedom as well as how almost all nations are subjected to emerging challenges and hybrid warfare that threatens everything from critical infrastructure to fundamental voting security.

The date of the event and the panel of experts will be announced shortly.