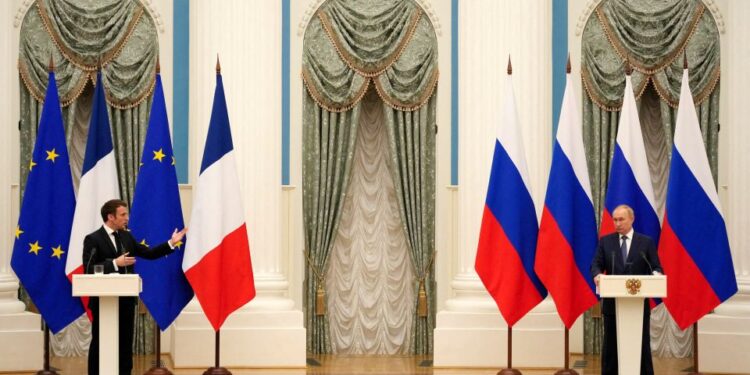 KYIV — With an eye towards Western unity a debate rages in capitals about how to create a diplomatic solution to resolve the conflict Russia instigated when it invaded Ukraine in 2014.  Various proposals have been put forward and in October, just before the U.S. mid-term elections, a group of “progressive” American Members of Congress of the Democratic Party released an ill-advised letter that echoed Russian themes to force Ukraine to resolve the conflict by terms unfavourable to Ukraine and upholding the country’s internationally recognised borders and flouting international law.  Still, others have made proposals from various capitals across Europe, all worth considering but the reality is that Ukraine is a sovereign nation, under assault, and it is Ukraine alone that must decide its future.  Here in the capital of Ukraine coffee houses are abuzz with disbelief that continuing to believe Russia will be guided by right-conduct instead of brazen self-interest and thirst for the conquest of empire abounds.

Given Russia’s objectively poor performance on the battlefield (unless one credits the Russian Federation for its barbarity and penchant for human rights abuses, war crimes, torture and summary executions) there is little reason to believe that Ukraine will not continue to go from strength-to-strength in their defense of their homeland.  From the ordinary soldier, many of whom are young women and men who left professions and trades to defend their nation in its hour of need, to the professional soldiers and generals that command the Ground Forces of Ukraine there can be little doubt they have not only proven themselves more motivated fighters but much to the consternation of “experts” who believed Russia to have one of the “Three Most Powerful Armies of the World” Ukrainian soldiers and volunteers alike have proven themselves the better military, more disciplined and their liberation of community-after-community across the 427 kilometer contact line in Ukraine has shown them to be superior to the Russians by all pertinent matrix.

To be certain, the arms packages from the West have been a critical factor in Ukraine’s defense and success on the battlefield.  But at U.S. General George Patton so rightly observed in World War II, “Tanks don’t win wars – soldiers do” and in this he is right.  Ukraine is battling for its future by relying on its own forces.  Yes, there is an international legion and one in which a few of my friends have fought and one has died fighting for Ukraine’s future, but the size of the International Legion is dwarfed by the numbers of Ukrainians who left fields, factories, pharmacies, laboratories, courtrooms and classrooms to fight for Ukraine’s independence, freedom and security as a European nation.  It is critical that the West not only continue to supply weapons to Ukraine, but to increase the flow and provide more advanced weapons systems that will help protect civilians and prosecute this war to a close as quickly as possible.  Without more advanced air defense systems, missiles, artillery and other munitions packages, including drones capable of destroying armour and hardened positions, Ukraine will continue to be that champion prize fighter forced to go into extra-rounds solely because it is fighting with one arm tied behind its back.

Accordingly, while the West must continue to plow a fertile field for diplomacy to take root once planted it must be weary of trying to create the kind of “off-ramps” some pundits advise are necessary for Putin to take.  A sober review of history with the Russians (and formerly Soviets) clearly demonstrates that they generally do not respond to such steering when it comes to negotiations.  From the Blockade of Berlin in 1948, to the Berlin Wall in 1961 to the Cuban Missile Crisis in 1962 to Russia’s decade-long failed invasion of Afghanistan in 1979 to the START Treaty in 1991 one pattern clearly emerges – Russia does not respond to the international community providing “off-ramps” but engages in a telos-driven pattern of decision-making that is centred on self-preservation more than any other factor.  Stalin gave up on the Berlin Blockade only after it became clear the resources needed to sustain it were too burdensome and his plan had little success.  The Berlin Wall was never brought down by diplomacy but endured until it was un-stainable and the people themselves rose-up to destroy it.  The Russian withdrawal from Afghanistan took place after the regime could no longer economically sustain its failed prosecution and the average Russian saw the plethora of wounded (physical and psychological) meandering through its streets in defiance of Kremlin propaganda that all was well in Kabul.

Putin and the Russian Federation will undoubtedly only withdrawal from Ukraine when they realise they must finally choose between domestic survival and their conquest of empire.  In the final analysis, Putin knows how to suppress and oppress his people to sustain his tenure much better than he knows how to subdue a Ukraine whose knowledge and embrace of democracy, freedom, reform and European values run deep in its veins.  After all, it was the daughters of Yeraslov the Wise who became queens to what are now the great nations of Europe.  France, England, Scotland, Denmark, Sweden, Hungary and other great European nations all claim descent from the likes of Anna of Kyiv (who brought literacy to the French court), Elisiv, Anastasia and Agatha.  Ukraine is as it always has been a thorn-in-the-side of Russia specifically because it is a European nation at its core and has been for over 1,000 years.

The West would be wise to reflect on Russia’s history and while continuing to be open to a diplomatic solution be prepared to follow the advice of that indominable Irish champion of fundamental justice, Mother Jones, who wrote, “Pray for the dead and fight like hell for the living.”  Ukraine lives and the West should fight like hell to ensure she has every tool it needs to prevail on the battlefield and sustain her civilian population through this long, cold winter made Medieval by Russia’s targeting of critical civilian infrastructure. 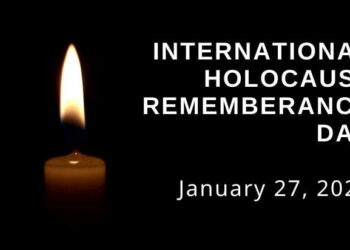