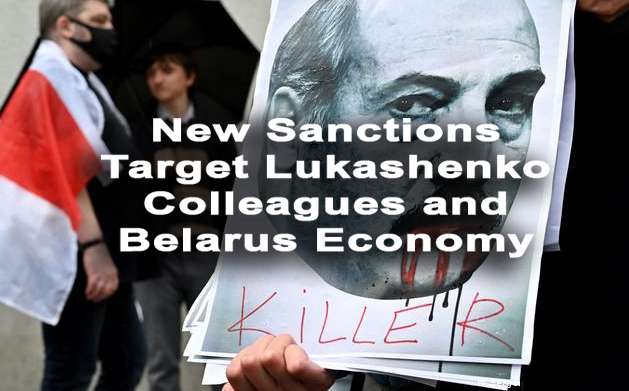 BRUSSELS – The European Union, the United States, Canada and the United Kingdom imposed new sanctions against Belarus.  Ireland supported the sanctions.  The latest sanctions are a response to Belarus forcing the landing of a Ryanair aircraft in Minsk to facilitate the wrongful detention of dissident journalist Roman Protasevich.  Belarusian strongman Alexander Lukashenko, who is widely regarded as taking his instructions from Moscow, has stepped-up his campaign of human rights abuses since stealing last year’s Presidential election from Svetlana Georgiyevna Tikhanovskaya.  Tikhanovskaya was forced to flee Belarus and live in exile for her personal safety.

European Union sanctions are targeted to degrade key sectors of the Belarusian economy.  The Belarusian economy operates in a limited capacity due to its Soviet-era structure, State controls and the personal graft and corruption enacted by the Lukashenko regime.  Belarus relies heavily on the export of potash fertilisers, oil, petrochemicals, a narrowly-focused financial services sector and its tobacco industry for the little cash it generates for the national economy.  As demonstrated by Lukashenko visiting Russia ‘hat-in-hand’ on a regular basis to beg for loans and cash infusions from Putin’s Kremlin, the sanctions are expected to cause significant difficulties for an already bankrupt Belarus economy.

According to Germany’s Foreign Minister, Keiko Maas, “The measures will affect those sectors of the economy that are especially important for Belarus and which are important for ensuring the regime’s income. In particular, we are talking about fertilizers, as well as about energy sector and financial services. Therefore, we are contributing to financial depletion of this regime and this is not the end.”  A supplemental list of sanctions for further consideration is now being assembled by the European Union, the United States, Canada and the United Kingdom to deepen the sanctions regime.

In all, sanctions were imposed on some 86 companies and individuals.  The latest sanctions also impose new restrictions such as corporate and individual asset being frozen and a travel Visa ban.

Owing to the ubiquitous use of the US Dollar in international banking transactions, new sanctions enacted by the US Department of the Treasury are meant to punish Lukashenko’s closest supporters, including an additional 16 individual Belarus officials and security officers.  It also adds a further 5 State entities to the sanctions regime, including:

Of the 16 individuals targeted by the latest US Department of the Treasury sanctions are:

Speaking to the latest sanctions imposed by the US Department of the Treasury, White House Press Secretary Jen Psaki said, “These are the people who are involved in human rights abuse, corruption, election fraud in 2020 and the forced landing of the Ryanair flight. Today we are bringing the matter to an end and bringing the regime to justice.”  That the announcement was made by the White House and not the Department of the Treasury signals President Biden having made sanctions against Belarus a personal priority and a building-bloc in his efforts to re-build bilateral relations in Europe.

Among the companies on the sanctions list are several of the few Belarusian flagship corporations:

The sanctioned companies represent a significant portion of the income-generating sectors of the largely dysfunctional Belarus economy.

The text of the following statement was released by the Governments of the United States of America, Canada and the United Kingdom, and the European External Action Service:

We are united in our deep concern regarding the Lukashenka regime’s continuing attacks on human rights, fundamental freedoms, and international law.

Today, we have taken coordinated sanctions action in response to the May 23rd forced landing of a commercial Ryanair flight between two EU member states and the politically motivated arrest of journalist Raman Pratasevich and his companion Sofia Sapega, as well as to the continuing attack on human rights and fundamental freedoms.  We are committed to support the long-suppressed democratic aspirations of the people of Belarus and we stand together to impose costs on the regime for its blatant disregard of international commitments.

We are united in calling for the regime to end its repressive practices against its own people.  We are disappointed the regime has opted to walk away from its human rights obligations, adherence to democratic principles, and engagement with the international community.  We are further united in our call for the Lukashenka regime to cooperate fully with international investigations into the events of May 23rd; immediately release all political prisoners; implement all the recommendations of the independent expert mission under the Organization for Security and Cooperation in Europe’s (OSCE) Moscow Mechanism; and, enter into a comprehensive and genuine political dialogue between the authorities and representatives of the democratic opposition and civil society, facilitated by the OSCE.
### END STATEMENT ###