by Editor
in Awards, News & Analysis
0 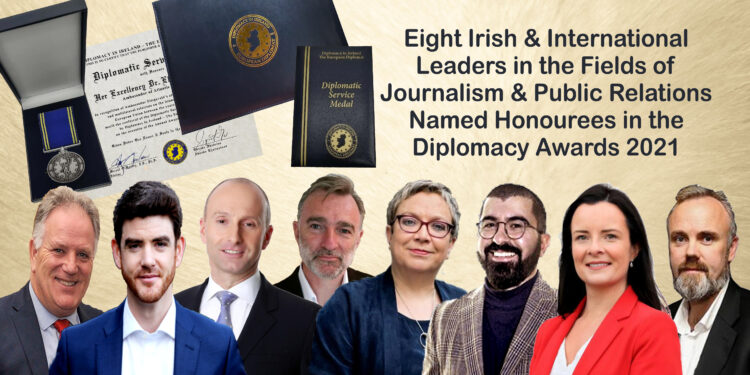 DUBLIN – Diplomacy in Ireland – The European Diplomat would like to announce further awards of the Diplomatic Service Medal.  The Awards Committee has chosen to recognise the contributions of individual leaders from the fields of Journalism and Public Relations who distinguished themselves by working with Ambassadors, Diplomats, Consul and Honorary Consul as part of a professional development training day in October 2021 for the diplomatic corps serving in Ireland.  The event, held at the Stephens Green Club, Dublin was organised by Diplomacy in Ireland – The European Diplomat Editor-in-Chief, Miceál O’Hurley with the assistance of Oksana Shadrina.  The professional development day was sponsored by Turkish Airlines and Revolut.  Each honouree will be conferred with the Diplomatic Service Medal in the annual Diplomacy Awards 2021 which will be held virtually this year.  The Awards Ceremony will be streamed on 30 Decmeber 2021 at:  www.diplomacyireland.eu

Those individuals being recognised for their individual contributions to the field and high level practice of diplomacy are: 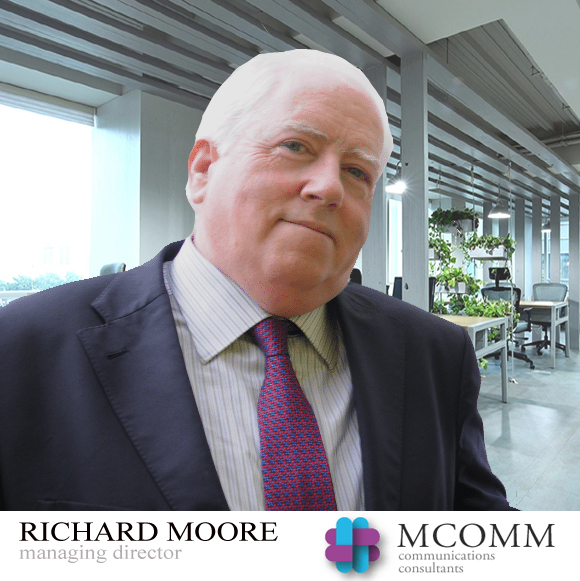 The Patron for the eight honourees from the fields of journalism and public relations in the Diplomacy Awards 2021 is MComm Communications which is led by Managing Director Mr. Richard Moore.  Based in Dublin city centre’s Georgian district, adjacent to Government buildings, State Departments and agencies, MComm Communications offers clients the reach of a global leader with the responsiveness and expertise of a specialist firm.  Mr. Richard Moore, who himself worked with the diplomatic corps during his previous service with the Department of Foreign Affairs, brings experience, insight and perspective into public relations, crisis management and public affairs. 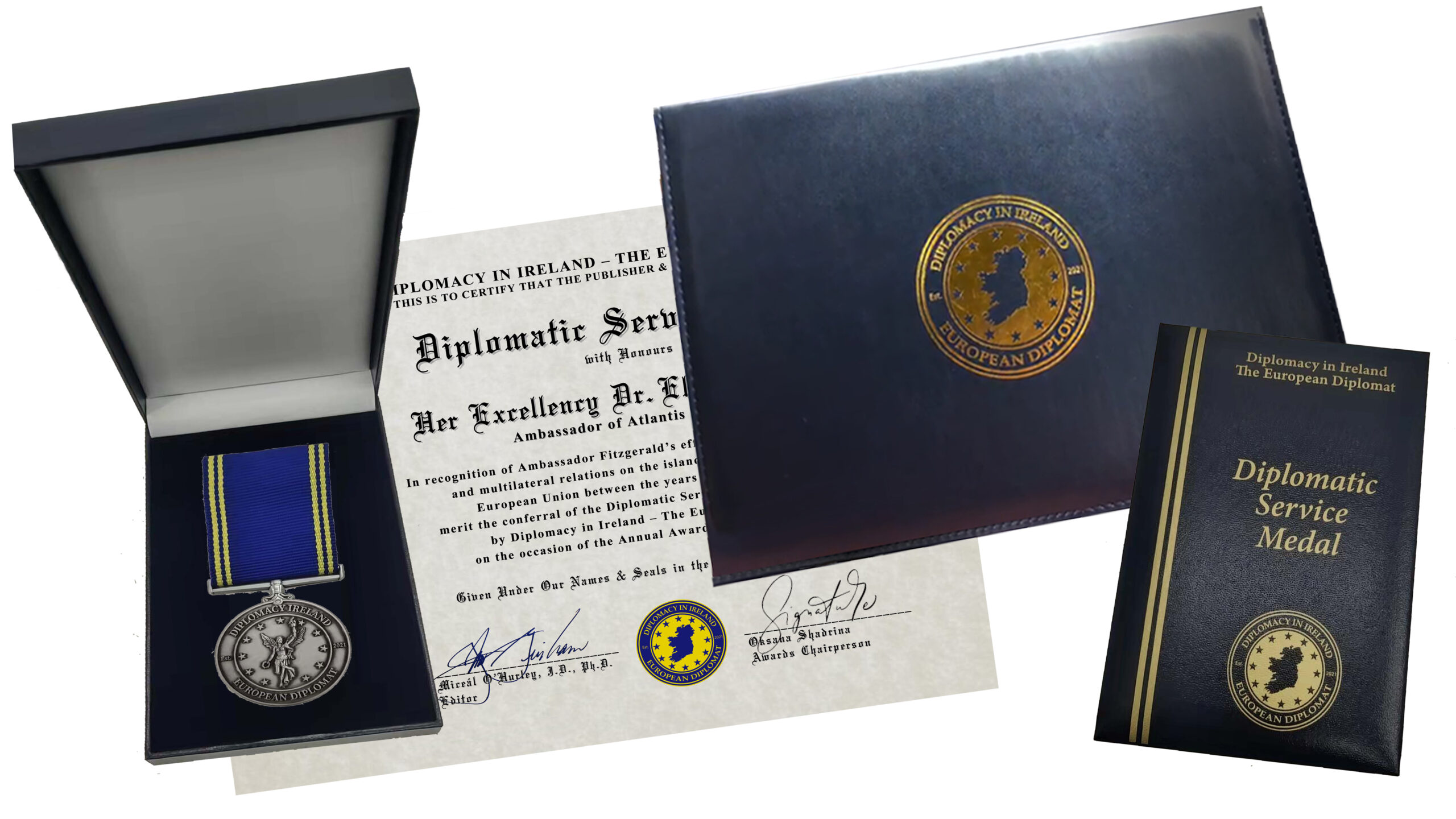 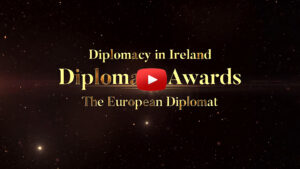 Annual December Awards – The Diplomatic Service Medals and Awards are generally presented annually in December.  However, the medal or award may be awarded at any time by a decision of the Editor and Awards Chairperson.  This year’s awards, which will be held virtually due to the pandemic, will be video recorded and streamed online on 30 December 2021 at:  www.diplomacyireland.eu

Comments from Editor-in-Chief Miceál O’Hurley
“It is with great pride that I will see these distinguished, professional and incredibly gifted colleagues be recognised for their meaningful contribution to the field and practice of diplomacy,” said O’Hurley.  “Because Ireland believes in freedom of the press, and our society values transparency public life, these leaders from the fields of journalism and public relations can practice their profession safely and with a robust zeal, not always to the liking of diplomats, politicians or public figures, but for the public good.  Their willingness to engage with the diplomatic corps was indispensable in ensuring that both journalists and diplomats can do their jobs better and in so doing, create a more informed public body,” concluded O’Hurley.

Comments from Awards Chairperson Oksana Shadrina
“With a public ever more skeptical of those in public service and desiring reliable reporting, and facing constant challenges to freedom of the press, these outstanding leaders we have chosen to recognise deserve great praise for their engagement with the diplomatic community,” observed Shadrina.  “Each of the honourees walked the fine line of maintaining their professional detachment from those diplomats they may one day interview while at the same time sharing hours of their insights, wisdom and experience with the assembled Ambassadors and diplomats,” remarked Shadrina.  “I know the diplomats found it very useful to hear about the concerns of journalists and public relations professionals of this caliber.  Likewise, the honourees have made know they too found the candid exchange with Ambassadors and other diplomats insightful and beneficial and the exchange will serve the honourees and diplomats in better meeting the public’s need for reliable, timely and insightful information.  For this and more they are to be congratulated and deserve our recognition,” Shadrina concluded.