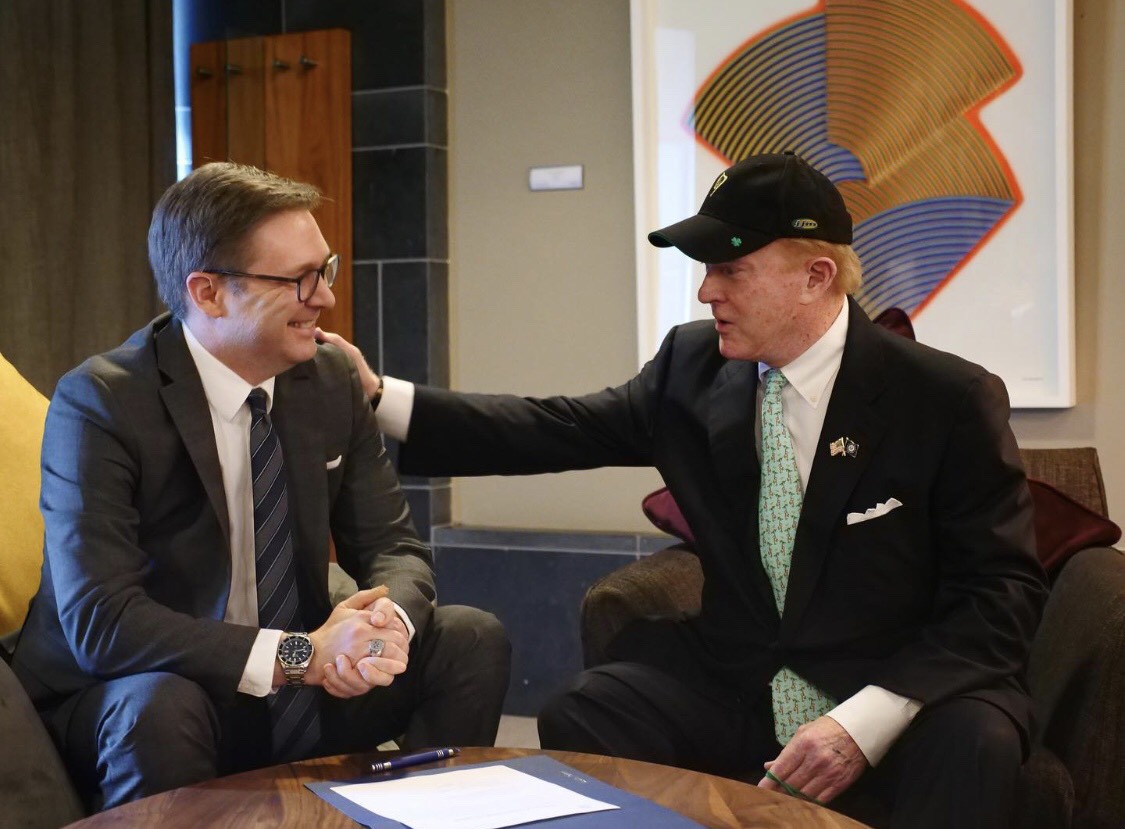 Edward F. Crawford presented his credentials earlier this afternoon to President of Ireland Michael D. Higgins at a ceremony in Áras an Uachtaráin, officially assuming the office of United States Ambassador to Ireland.

“I am deeply honoured to serve in this role,” said Ambassador Crawford, whose parents emigrated from Ireland in the 1920s.  “When I was a young boy, my parents instilled in me a deep love and sense of connection to Ireland. As Ambassador, I plan to build on our important relationship and strengthen the bonds between our two countries.”

Prior to his appointment, Ambassador Crawford founded and served as Chairman and CEO of Park-Ohio Industries, Inc., an international industrial enterprise with annual revenues of $2 billion and 8,000 associates worldwide. He is the recipient of the Northeast Ohio Business Hall of Fame Entrepreneurial Award, Small Business News Master Innovator Award, Ernst & Young Northeast Ohio Entrepreneur of the Year Award, and the Small Business Administration Man of the Year-Ohio Award. He has a long history of philanthropy and entrepreneurship in Cleveland, Ohio, where has been active for many years in the city’s Irish-American community.

Ambassador Crawford also is an avid sportsman. He is an active member of Masters Basketball and a Golden Gloves boxer. He has ran in the Boston Marathon.

Ambassador Crawford arrives in Ireland following his confirmation by the U.S. Senate on June 13. He and his wife Mary have one son, Matthew, who is married to Deborah, and three grandchildren, Colin, Catherine and Claire.

US AMBASSADOR TO IRELAND EXPECTED TO BE CONFIRMED