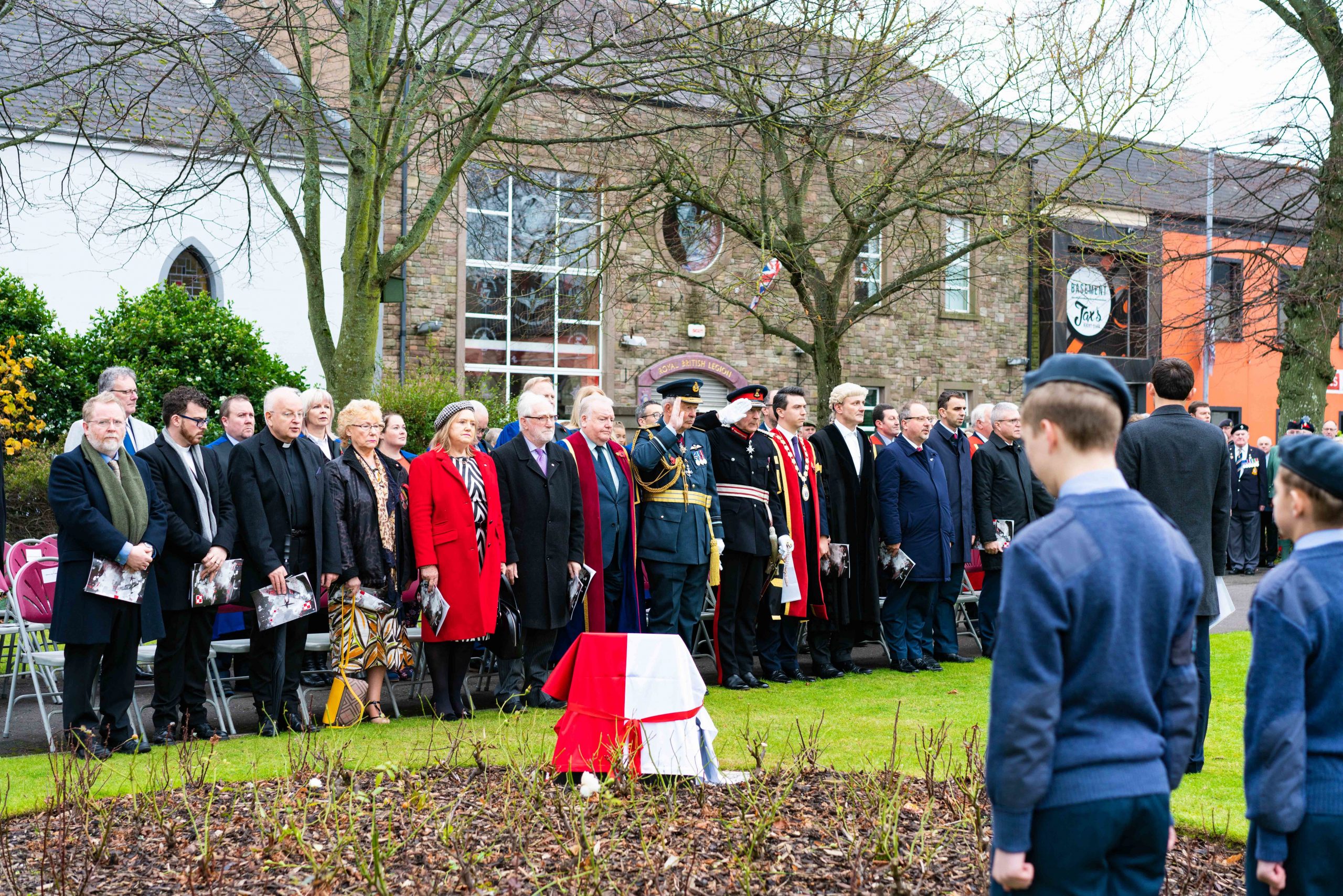 DUBLIN — A recent vehicular accident in the United Kingdom has reignited both diplomatic and public concerns over the exercise of diplomatic immunity.  At point is not only the immunity extended to fully credentialed diplomats, but the protections afforded their staffs and family members as well.  While professional diplomats are well versed in the matter, an overview for others may be of help.

Understanding the historic foundations of diplomatic immunity helps place the privilege and right in context.  The very concept of diplomatic immunity extends several thousands of years into antiquity.  The Indian Sanskrit epic Ramayana (c. 3000 B.C.E.) concludes that ‘messengers and emissaries should neither be harmed nor killed’.  So universally was this tradition embraced that Herodotus recorded that when the Persian King Xerxes demanded signs of submission from the Greeks, the Athenians transgressed by throwing his emissaries into a pit and the Spartans cast them into a well.  Herodotus concluded the fall of Sparta was ‘divine’ retribution directly attributed to this breach of protocol.

By the time the Western Roman Empire fell, the Eastern Empire in Constantinople began to accept delegations that stayed on in Constantinople for extended periods of time.  Some missions extended for years, if not decades, giving rise to the connotation that embassies could not only be temporary missions for the purpose of negotiating a specific treaty or trade deals, but a permanent physical Embassy from which foreign delegations could conduct relations with Byzantium on a continuing basis.  The Byzantines had one thing to offer these ‘barbarian’ peoples with whom they had contact– a codified system of laws which provided clarity not only about the role of diplomats, but the immunity and prohibition against the their mistreatment.  So well developed were the protocols surrounding diplomacy that the legal reforms of Justinian II enshrined them in the Corpus Juris Civilis (Body of Civil Law, better known as the Justinian Code).  Moving from privileges to rights, the Justinian Code extensively codified diplomatic rights including the principle of immunity from local prosecution as sacris et universalis (sacred and all encompassing).  The Lex Julia de Vi further codified it an offence to infringe on an ambassador’s inviolability, declaring any such infringement casus belli (legitimate cause for war).

In modernity, the basis for diplomatic immunity grew out of the evolution of citizen governments supplanting monarchical intercourse in which each claimed divine rights and protections.  The post-Napoleonic international conferences at Vienna (1815) and Aix-la-Chapelle (1818) advanced principles of the rights and protections of diplomats being granted and observed by the State and articulated language that was adopted and codified in subsequent treaties.  Today, diplomatic immunity is governed by the Vienna Convention on Diplomatic Relations (1961) (sometimes known as VCDR, or the 1961 Convention) which has now been ratified by 192 States.

The 1961 Convention sought to be comprehensive, providing for everything from the sanctity of physical missions to respecting the privacy of communications including the inviolability of diplomatic bags – all of which are routinely observed as universally non-contentious protections.  However, two Articles from the Convention have tended to fall under particular and periodic dispute and scrutiny in both the public realm and diplomatic circles:

Article 29 – Diplomats must not be liable to any form of arrest or detention. They are immune from civil or criminal prosecution, though the sending country may waive this right under Article 32; and,

Owing to historic excess and abuse, the 1961 Convention went a long way towards restricting the privileges granted to “… members of the diplomatic staff, and of the administrative and technical staff and of the service staff of the mission”.   It accorded immunity from criminal prosecution, and from some civil jurisdiction, to fully credentialed diplomats and their families.  Lesser protections were specified diplomatic staff members who tend to generally only be covered by immunity for acts committed in the course of their official duties.  The 1961 Convention also extended some measure of immunity to diplomats and representatives of international organizations, though the extent to which those protections have been observed by some States has be uneven, at best.

Of notable exception to the protections of universal diplomatic immunity are those extended to persons exercising an appointment as ‘Honourary Consul’.  According to the subsequent Vienna Convention on Consular Relations (1963), (commonly referred to as the VCCR or 1963 Convention), Honourary Consul have certain limited rights.  These rights include the right to affix the flag of the country he or she represents on their vehicle, as well as the right to the support of the host State, albeit most States provide only a very limited stipend.  The limits of immunity are starkly different for fully credentialed diplomats than for Honourary Consul.  For example, if a Honourary Consul can be arrested and be it in the course of their official duties or not the State represented must be immediately informed by the host State affecting the arrest.  However, Honourary Consul, while performing consular functions are not under the jurisdiction of legal bodies or administrative authorities of the host country that sanctioned their appointment.  In all other aspects in general, Honorary Consul, their staff and families have no further protections universally recognised by the 1963 Convention.

In the event a criminal or civil case is instituted against a Honourary Consul, they are obliged in law to appear before a court of competent authority.  The court of the host State is required to treat Honourary Consul with due respect in such proceedings.  If it arises that there is a necessity to detain any Honourary Consul, the State is required to compel the court to act with haste.  Therefore, Honourary Consul, unlike fully credentialed diplomats, may be detained and/or arrested, their residences and places of business may be entered and searched (subject to law) and they may be prosecuted for crimes and subjected to civil liability except in the official performance of consular activities.

There have been notable violations of the 1961 Convention since it was first ratified, the most famous of which occurred in Tehran.   In the aftermath of the overthrow of Mohammad Reza Pahlavi, the Shah of Iran, armed insurgents seized and occupied the diplomatic mission in Tehran and in so doing took more than 60 American diplomats and staff hostage for more than 444 days.  The United States regarded these acts as gross violations of the 1961 Convention.  The International Court of Justice (ICJ), which is the sole court of competent jurisdiction designated to hear disputes related to the 1961 Convention, accepted jurisdiction in the case.  The ICJ upheld the United States’ complaint and held that Iran had a positive duty to protect the Embassy, diplomats and staff.  Iran, by contrast, did not even file any pleadings with the ICJ through their lawyers, despite being a signatory to the 1961 Convention on 27 May 1961 and ratifying it on 3 February 1965.  This all led to the United States forcing the closure of Iran’s Embassy in Washington, D.C..  Today, the Islamic Republic of Iran continues a presence in the United States with a limited diplomatic mission from an ‘Interest Desk’ located inside the Pakistani Embassy in Washington, D.C.

Lesser disputes around the invocation of diplomatic immunity have revolved around the mundane, including voluminous number of un-paid parking tickets by diplomats to the United Nations, causing the City of New York endless headaches, to a diplomat lighting-up a cigarette on a commercial flight and to diplomats and their staff refusing to pay rent.  In one novel attempt to employ the shield of Diplomatic immunity, one diplomat attempted to claim his pet dog, and aggressive German Shepherd, was protected by the 1961 Convention after the canine bit several people (the request to honour Diplomatic immunity for the dog was rejected by the host government).  The ICJ has not had to intervene is such cases and disputes are generally resolved through bilateral negotiations between the host State and the Embassy or Mission.

The claim of Diplomatic immunity has also arisen in serious matters that have not been submitted to the ICJ and have varied from issues such as a diplomat attempting to smuggle $1.4 million in gold in violation of United Nations imposed sanctions to the spouse of diplomatic personnel in the United Kingdom returning to the United States to avoid questioning and potential prosecution in the jurisdiction.

Article 32 of the 1961 Convention provides a procedure for a State to waive diplomatic immunity.  This, however, is rarely done and when it is, not uniformly between the signatory States.

In the recent case of a United States diplomat’s wife being suspected of vehicular homicide in the United Kingdom, she returned to the United States before she could be questioned.  While Her Majesty’s Government made a formal extradition request to the United States to return her to their jurisdiction, the request was rejected by the United States Department of State eight days later.  The ordeal has led to tense diplomatic relations between the two nations otherwise known for their close and historic ties.

In contrast, some States have chosen to invoke Article 32 of the 1961 Convention thus exposing their own diplomats to jurisdictional prosecution and liability.  In 1997, Georgia unilaterally waived Diplomatic immunity protections from its second-highest-ranking diplomat at their Embassy in Washington, D.C. after he was accused of alcohol related vehicular homicide resulting in the death of a local teenager.  The diplomat had previously invoked Diplomatic immunity in the prior year to evade a drunk-driving charge.  Unilaterally stripped of his diplomatic immunity by his State he was sentenced to 21 years in prison and was later transferred to Georgia to finish his sentence.   Georgia was widely lauded for their common sense approach to the matter with their respect for the rule of law and human life, without conceding a precedent, while still safeguarding the principle protections of diplomatic immunity for official duties.

Reform of the 1961 Convention
While the merits of the invocation of diplomatic immunity will continue to rise and fall on an ad hoc basis, in an increasingly hostile world, the principles undergirding diplomatic immunity are deemed increasingly important.  While some find the invocation of diplomatic immunity repugnant in cases not related to official duties, or where sheer criminality is at point, in an age when the rule of law is often observed in arbitrary and capricious manner by some nations, few nations are willing to erode any protections extended by the 1961 Convention.  Some States and legal scholars have suggested that more clarity is needed for those afforded diplomatic status as the current language of … members of the diplomatic staff, and of the administrative and technical staff and of the service staff of the mission” is considered by some overly-broad and indeterminate and therefore open to arbitrary and capricious abuses.

There is a growing consensus, however, that the language of the 1961 Convention may be out-of-step with the times as the idea that diplomats, their staff and their spouses enjoying immunity from all prosecution for everything from parking tickets to vehicular homicide objectively falls well outside of official duties for which diplomatic immunity was intended thus running afoul of public sensibilities.

All three EU Presidents to discuss the EU’s future

All three EU Presidents to discuss the EU’s future