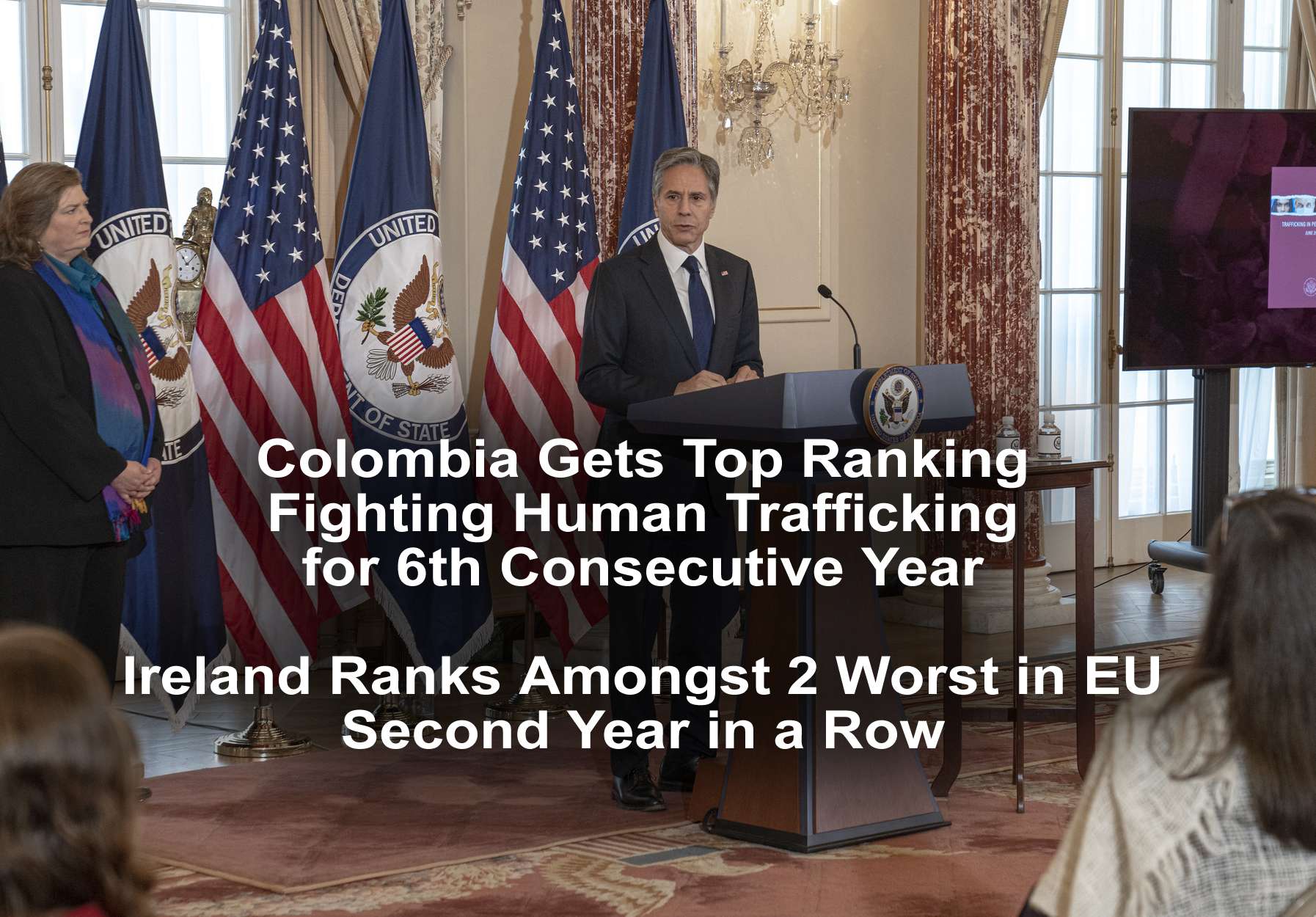 On 1 July 2021, Secretary Blinken re-certified that Colombia fully complies or exceeds minimum standards for the elimination of human trafficking.  Colombia’s demonstrable work in the area of combating human trafficking comes upon unprecedented challenges presented on multiple fronts, including the Covid-19 pandemic, fighting crime and dealing with historically high levels of Venezuelans seeking refuge in Colombia from the devolving crisis in their homeland.

2021 marks the 6th consecutive year that Colombia has been certified by the State Department at the highest, Tier 1, level in addressing human trafficking crimes.  IN all of the Americas, only Argentina, Bahamas, Canada, Chile, Colombia, and the United States occupy the Tier 1 category.

The annual report on Human Trafficking published by the United States of America Department of State ranks the efforts of 188 countries in addressing the scourge of human trafficking.  The report details four tiers of classification that address the 188 nations individual commitment in the fight against the crime of human trafficking.  Once again, Colombia earned Tier 1 status for its execution of their ambitious plans to thwart human trafficking and cooperation with international law enforcement and NGOs in doing so.

Colombia’s efforts, as detailed in the report, highlight the transcendental actions taken by the national government.  These comprehensive efforts include the adoption of a new strategy to combat human trafficking 2020-2024; the Temporary Statute of Protection for Venezuelan migrants; and, the reorganization of the Intersectoral Commission for the prevention of recruitment, use, use and rape of children and adolescents.  The breadth of work undertaken by Colombia’s leadership in combating the violent and exploitative crime of human trafficking of adults and children demonstrates the national commitment of law enforcement but is joined by the social care for victims and their families.

The long-term demonstration of the Government of Colombia’s commitment to work in a committed manner to guarantee a comprehensive approach to the crime of human trafficking and its guarantee to give adequate attention to the victims, in particular, those with the greatest vulnerability such as women, children, and adolescents, has made Colombia a role model in addressing this crime and caring for its victims.

The Report, which is regarded in international circles as the most complete and comprehensive assessment and ranking of each nation’s  efforts to combat human trafficking once again ranked Ireland’s efforts as woefully inadequate.  On par with Romania, Ireland is ranked as one of the two poorest performing States in the European Union.  Ireland and Romania both were ranked in Tier III which indicates that it fails to meet minimum standards.  The Report describes the number of persons in human trafficking in Ireland as “severe” and simultaneously “very significant or is significantly increasing and the country is not taking proportional concrete actions”.

Ireland ranked just as poorly in the 2020 Report on Human Trafficking.  Of note, the Report states, “[Ireland] investigated and prosecuted fewer suspected traffickers, did not prosecute any labour traffickers, and victim identification decreased for the fourth year in a row”. “The government continued to have systemic deficiencies in victim identification, referral, and assistance, and lacked specialised accommodation and “services for victims…” and the lack of prosecutions and convictions for human trafficking by the State only “weakened deterrence, contributed to impunity for traffickers, and undermined efforts to support victims to testify” .  In yet another blow to the already damaged reputation of the scandal plagued An Garda Síochána, the Report underscored Ireland’s “inadequate law enforcement efforts”, bringing the force into even greater disrepute.

The Report, released personally by United States Secretary of State Anthony Blinken, indicated the prevalence of human trafficking in Ireland is “likely much higher than official statistics report”.

Attempts to reach either An Garda Síochána or the Department of Justice for comment from the Minister went unanswered.

This report was compiled with information provided by the US Department of State and the Embassy of Colombia in Ireland.

Feature photograph Courtesy of the US Department of State.