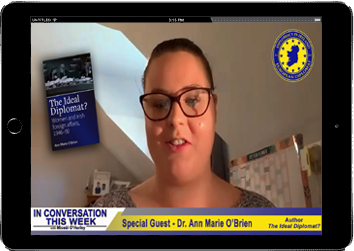 DUBLIN – This week I had an opportunity to discuss a very interesting book written by an equally interesting  young scholar and lecturer, Ann Marie O’Brien, Ph.D.   Dr. O’Brien broke ground in both research and literary circles by taking a deep-dive into the early days of the Irish State and the role that women played in foreign affairs.  Prior to the publication of her well researched book, The Ideal Diplomat? Women and Irish Foreign Affairs, 1946-90  (Four Courts Press, 2020), little if anything was known about the role women played in the then Department of External Affairs at the founding and in the early years of the State. 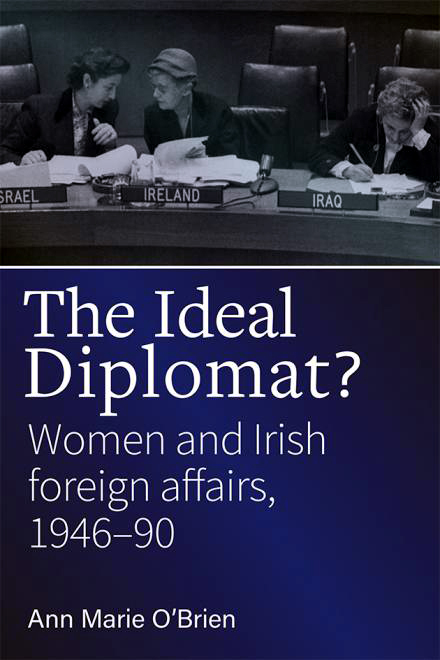 The challenges the women who served in foreign affairs faced were significant.  Following Irish Independence (1919-1921) the indispensable role women had played in the War of Independence, and again in the Irish Civil War (1922-1923), primarily through individual contributions, serving in the Citizens Army or through movements like Cumann na mBan, saw them return to the subservient condition they occupied prior to the Independence, largely due to social pressures, political views, misogyny and lack of opportunities caused by the ‘marriage bar‘ that prohibited women from being employed after marriage in State institutions (it remained in place until the early 1970s thus meaning many women today were impacted by the marriage bar).

While there were two women who served as Ambassadors who were holdovers from the ‘Sinn Fein Diplomats’, after the founding of Saorstát Éireann (the Irish Free State) women serving in the foreign affairs were remanded to mere secretarial duties, until they were eliminated from the service altogether.  Frightening little is known about them.  Indeed, a review of the records are reflective of the male dominance of the Irish diplomatic service.

Dr. O’Brien discusses how women eventually broke through into a limited number of diplomatic posts, even becoming Heads of Mission, while those in service slowly began to rise through the ranks to become Ambassadors.  During the discussion, the author gives us an update on the progress of women in the foreign service and Department of Foreign Affairs from the period after her book ends (1990) and some of the changes happening at the Department today.

Dr. O’Brien also gives us an insight into her next research project which is currently underway – an oral history project of Ireland’s diplomats.  If it is half as good as her book, it will be truly interesting and an invaluable collection for the State’s archives.