Virtual Celebration for 2020 Due to Pandemic 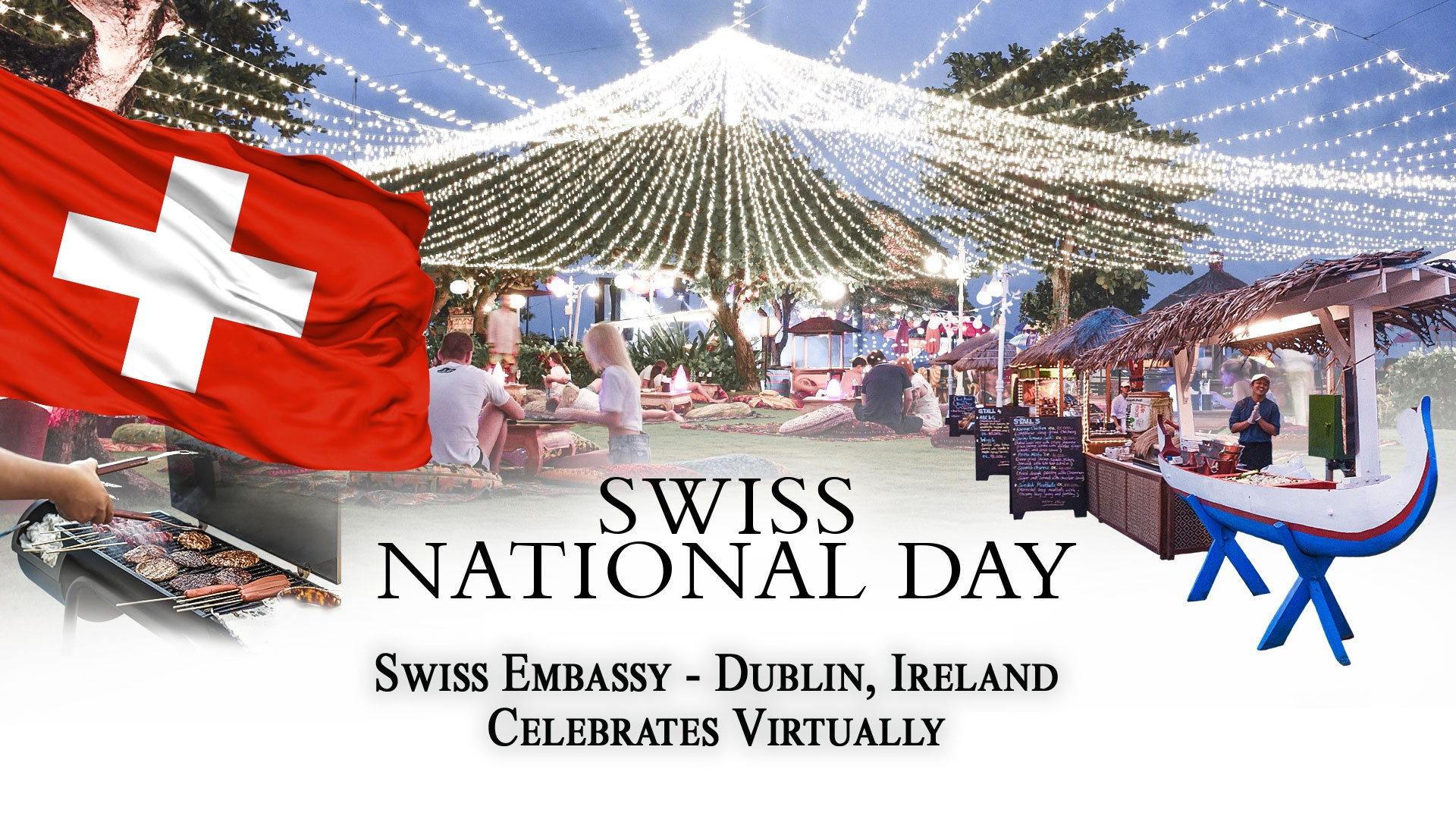 DUBLIN — If His Excellency Mr. Louis-José Touron, the Ambassador of Switzerland to Ireland, seemingly appeared virtually everywhere on 1 August 2020, he did.  This year Ambassador Touron substituted his regular invitation for people to join the Swiss Mission at their Dublin Embassy to appear online to celebrate the Swiss National Day.  Not one to let Covid-19 stand in the way of celebrating Switzerland’s National Day (known by one of the four official Swiss languages in German as Schweizer Bundesfeiertag; in French as Fête Nationale Suisse; in Italian as Festa Nazionale Svizzera; and, in Romansh as Festa Naziunala Svizra) Ambassador Touron gave his greetings via an online celebration of his homeland.

Speaking from his residence in Dublin, and owing to the Covid-19 pandemic, Ambassador Touron invited viewers to “… celebrate Swiss National Day, in a digital way, wherever you are in Ireland or in the world”.  The Swiss National Day is an official holiday of Switzerland celebrated annually on 1 August.  The founding of the Swiss Confederacy was first celebrated on this date in 1891 and annually since 1899.

Today’s Swiss National Day was inspired by the Federal Charter of 1291, in which “three Alpine cantons (Schwyz, Uri and Unterwald) swore the oath of confederation” which later came to be regarded as the foundation of the modern Swiss State.  The Swiss National Day became an official holiday in Switzerland following the acceptance of a federal popular initiative in its favour in 1993.  Prior to the Covid-19 pandemic the Swiss National Day was traditionally celebrated with paper lanterns, bonfires, decorating streets and homes with the Swiss flag and fireworks displays.

William Tell is a Swiss folk hero of the 14th century.  Legend has it that Tell, an expert marksman with the crossbow, assassinated the tyrannical Albrecht Gessler, a reeve of the Austrian dukes of the House of Habsburg, holding office in Altdorf in the canton of Uri.  Tell’s defiance led to a universal rebellion against the House of Habsburg inspired a rising that led to the establishment of the Swiss Confederacy.   The lore of William Tell took on new prominence in the 19th century as a symbol of resistance to foreign, aristocratic rule.  Rossini’s opera, William Tell, celebrates the patriotic memory the Swiss folk hero still inspires.

His Excellency Mr. Louis-José Touron has served as the Swiss Ambassador to Ireland since 2018.  The Swiss Embassy is located at 6, Ailesbury Road, Ballsbridge, Dublin 4.

As the situation continues to evolve, it is possible that the entry or exit requirements of the Irish government, the Swiss government or a transit country may be adjusted at short notice.

For details relating to Swiss entry regulations please consult the Q&A on the website of the State Secretariat for Migration (SEM).  In case of urgent inquiries that are not answered by the Q&A, travellers may contact SEM directly (by email or – in the case of emergency – the helpline).  Reopen.eu gives further information about travel in Europe.

Diplomacy in the Age of a Pandemic – Brazil