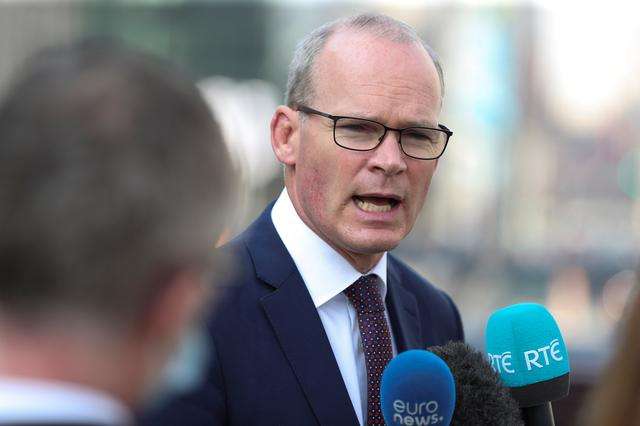 I am deeply shocked and saddened by the abhorrent and indefensible killing of unarmed civilians, including children, on the 76th Myanmar Armed Forces Day. The role of the military in society is to protect its citizens, not to murder and terrorise them. Today, the security forces have disgraced themselves and these actions leave another stain on the history of Myanmar.

The past decade has witnessed Myanmar take important, if incomplete, steps towards a democratic and prosperous future. The election results in November last and the sustained large-scale popular opposition since 1 February demonstrates that the Tatmadaw have no mandate to govern Myanmar. Their actions since overturning the will of the people are returning Myanmar to a dark past. They carry a real risk of driving the country into civil strife and chaos. Those who directed these killings must be held to account.

I call on the Myanmar military to step back from actions designed to consolidate power through fear and brutal violence. They must recognise that their actions are leading the country to further division and instability, with consequences for the wider region.

On 10 March, the Security Council spoke as one when it condemned the violence against peaceful protestors, including against women, youth and children; expressed deep concern at restrictions on medical personnel, civil society, labour union members, journalists and media workers; and called for the immediate release of all those detained arbitrarily. I echo those calls today.

Ireland continues to stand with the people of Myanmar and will continue to work with our partners in Europe, in the region and at the United Nations, both in the General Assembly and as a Member of the Security Council, to see an end to violence and to bring about a peaceful and democratic solution to this crisis.

The military claim fraud in the election of November 2020, in which Aung San Suu Kyi’s NLD party won a landslide, and have stated that they will hold power for one year, during which new elections will be held.

Since then mass, pro-democracy protests and a civil disobedience campaign have taken place across Myanmar to which the Tatmadaw have responded with mass arrests and increasing use of force, including the systematic use of lethal force.

The situation continues to deteriorate with increasing use of force by the Myanmar security forces, but no signs of the street protests or civil disobedience movement (CDM) relenting. The acting leader of the CRPH (Myanmar’s parallel civilian government) has called for a “revolution” to overturn the junta.

Prior to the coup Myanmar was facing notable humanitarian challenges, including a protracted internally displaced population of approximately 250,000 and almost a million people in need of humanitarian aid coming into 2021.[1]

This situation has been exacerbated by the coup as constricted supply chains continue to drive up food and fuel prices, and NGOs and CSOs face access and operational challenges. EU and others have suspended some development funding, though humanitarian programming continues, including Irish funded programming. In February the EU announced an additional €11.5 M to meet humanitarian need in Myanmar.

Saturday 27 March is the 76th Myanmar Armed Forces day, a celebratory day for the armed forces. Concerns around military action that were expressed prior to the day have been realised as the military has, at time of writing, reportedly killed 91 protesters and bystanders across 40 towns in Myanmar, including children as young as five.[2]

Minister Coveney has previously issued two statements condemning the coup, calling for the immediate release of detainees and supporting calls for a firm response from the international community. The matter has been considered on two occasions by the UN Security Council, and consensus statements have issued after each.

Comprehensive and strong Council Conclusions at FAC on 22 February have been followed by the adoption of sanctions on 22 March against 11 individuals who perpetrated the coup. Further EU sanctions against individuals and military controlled economic entities are likely.

There are approximately 40 Irish citizens in Myanmar.  There has been good communication with them by Embassy Bangkok and to date there has been no reports of them being caught up in the unrest.