by Editor
in News & Analysis, Videos
0 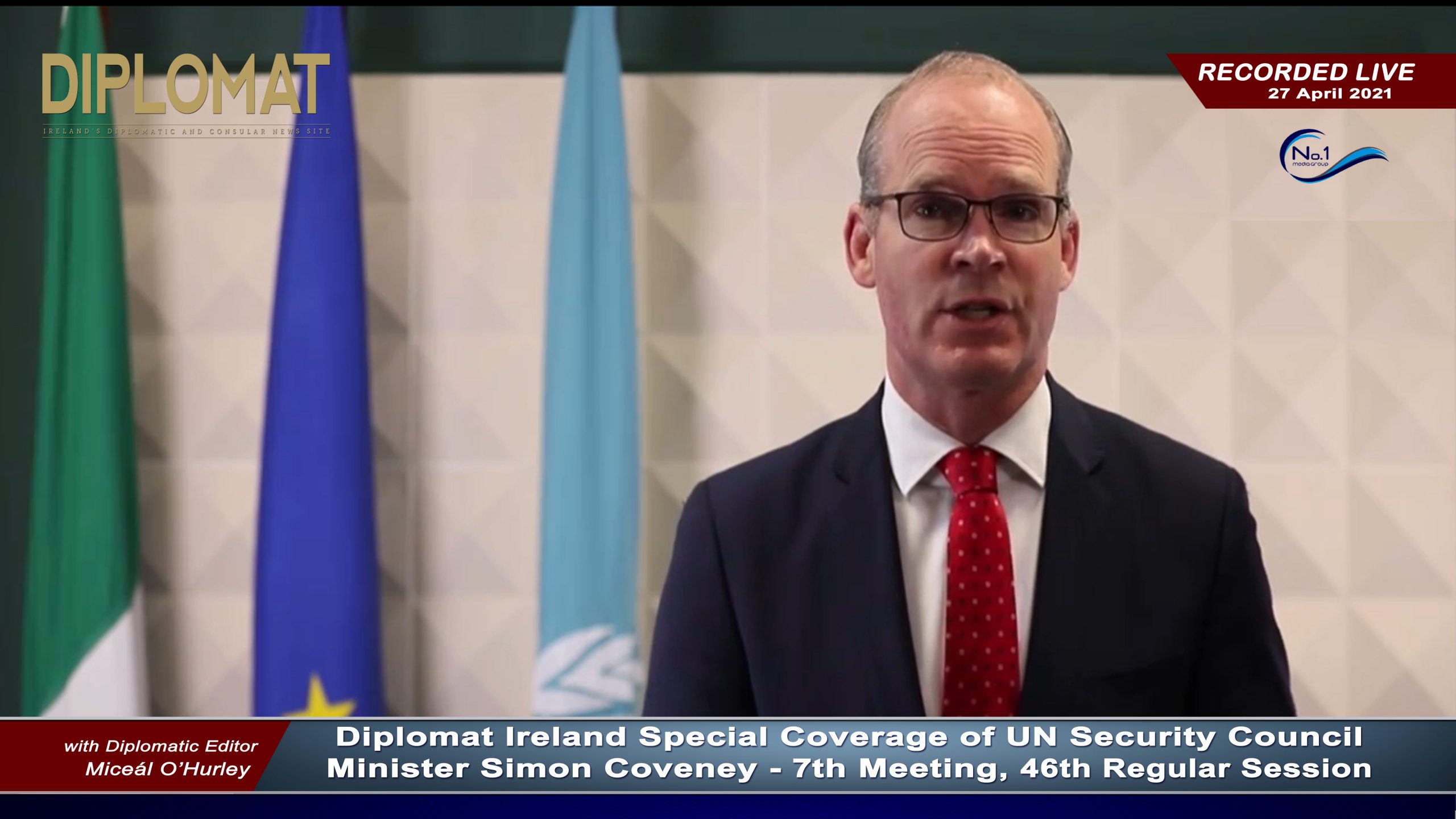 UNITED NATIONS – Ireland’s Minister for Foreign Affairs, Simon Coveney T.D., addressed the United Nations Security Council (UNSC) on Tuesday, 27 April 2021.  The 7th Meeting of the 46th Regular Session of the UNSC was Chaired by Vietnam.  Minister Coveney spoke on the topic of the protection of objects indispensable to the survival of the civilian population.

The Minister highlighted the devastating impact of attacks food and water supplies, hospitals and other objects that are protected under international law, and stressed that civilians must be protected from famine in conflict situations, “Starvation of civilians as a method of combat is prohibited. We have a clear responsibility, therefore, to protect civilian objects that act as a bulwark against famine.”

The Minister denounced attacks on medical personnel and hospitals and called on all parties to fully respect their status under International Humanitarian Law, “The indispensable nature of medical facilities, medical assets, and health care workers in times of conflict cannot be understated. Their protected status in armed conflict is unequivocally enshrined in International Humanitarian Law.”  Further, he added, “Attacks on medical infrastructure deprive the sick and the wounded, persons with disabilities, pregnant women, the old and the young, of their most fundamental dignity, and of vital care and assistance when they need it the most.”

Other speakers at the 7th Meeting, 46th Session of the UNSC included: