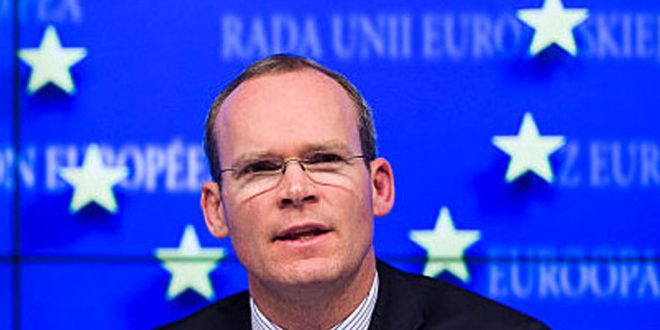 The Minister of Foreign Affairs, Simon Coveney TD, has welcomed the decision adopted today by the Council of Europe’s Committee of Ministers in Strasbourg in relation to a number of Northern Ireland legacy cases, including the re-opening of supervision of the case of Pat Finucane.

The statement made on behalf of Ireland to the Committee of Ministers meeting on  Tuesday 9 March is set out in full below.

“Ireland welcomes the decision being taken by the Committee today to reopen supervision in the case of Pat Finucane.

The Committee will recall that it has been the consistent and firmly held position of the Irish Government that a full and independent public inquiry, as provided for under the Weston Park agreement in 2001, is the right way forward on this case, and the best way for the UK Government to uphold its Article 2 obligations.

In 2019, the UK Supreme Court found that there had not been an investigation into the murder of Pat Finucane that was compliant with Article 2 of the Convention.

In December, on the eve of our last meeting, the Secretary of State for Northern Ireland announced that he had decided against the holding of a public inquiry into the case at this time, and wished to allow the Police Service of Northern Ireland and the Police Ombudsman processes to move forward first. This position has been restated by the UK Government in their most recent submission to the Committee.

The Irish Government expressed its profound regret in response to this decision at the time, and the Committee adopted an interim resolution with a view to considering whether to reopen the supervision of individual measures.

It is important to note the statement by the Chief Constable of the Police Service of Northern Ireland that there are currently no new lines of inquiry in the case, and it is unlikely that the PSNI would be in a position to carry out a review of the case.  The Police Ombudsman has also stated that the Finucane case is not central to any of its ongoing inquiries.

As such, it is entirely appropriate and welcome now for the Committee to decide to take the next, necessary step and re-open supervision of individual measures in this case.  This will facilitate full and thorough scrutiny of the steps to be taken in the period ahead, and to ensure that an inquiry that meets the United Kingdom’s obligations under Article 2 of the Convention is carried out.

The Finucane family, like so many families, has been waiting for too long.

Turning to General Measures, at the September and December meetings of this Committee, we spoke of our deep concern that progress has not been made to implement a framework to deal with the legacy of the Troubles in Northern Ireland.

We therefore welcome that, in its most recent submission to the Committee, the UK Government stated its commitment to introduce that legacy legislation as soon as possible.  However, we fully share the strong concern at the continuing delay and lack of detail and timetable for that legislation.

The Irish Government remains ready to engage and work together with the UK Government and the parties in Northern Ireland to progress our collective commitment to the Stormont House framework and its pillars of truth, justice and reconciliation. We underline too the absolute importance that the framework that is put in place is fully compliant with the requirements of Article 2 of the Convention.

None of these issues is easy or straightforward.  However, it is essential that we do this work together, even when it challenges us – for the families who lost their loved ones, and for communities who need to see broader societal progress, now and for the future.

The work of the peace process in Northern Ireland is still ongoing.  It is the work of generations, as we seek to build a deeper reconciliation across the island, and a stable, prosperous and peaceful future for all citizens, and communities.  The legacy of the past is something that we know we must address – collectively, comprehensively, expeditiously and consistently with our obligations under the Convention – or it will continue to impact our present and our future.

There is an opportunity in the period immediately ahead, to make genuine progress on these issues and to restore wider confidence that national responsibilities under the Convention are being fully realised both on individual cases like that of Pat Finucane, and in the establishment of the comprehensive agreed framework for all outstanding cases.

It is essential that this opportunity be taken so that when the Committee resumes its consideration of these matters later this year, we are able to register and welcome significant progress.”

Notes for the Editor: