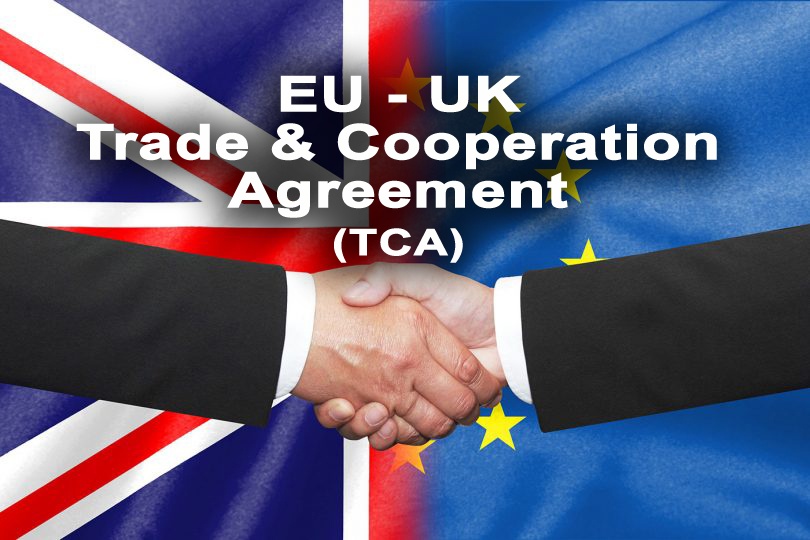 The path for the EU-UK Trade and Cooperation Agreement (TCA) to be formally ratified will be cleared this week, following the outcome of the vote in the European Parliament on Tuesday, 27 April.  Within the Council of the European Union, the Agreement has been approved by all 27 EU Member States and in January, a motion in its support was adopted by acclamation in Dáil Eireann. Ratifying the Agreement ensures that the TCA’s full potential can now be realised.

“Ratification of the TCA this week is an important milestone.  It will ensure we have a full toolbox at our disposal to make the best of the new framework for EU-UK cooperation. Ireland, as part of the EU, will play our full role in ensuring the Agreement works as effectively as possible.

With the TCA and Withdrawal Agreement, including the Protocol on Ireland/Northern Ireland, in place, we have a new basis for EU-UK cooperation and partnership. Much work remains in the time ahead to ensure that these Agreements are fully implemented and that their full potential is realised. In that context, I welcome the recent constructive engagements between Vice President Sefcovic and Lord Frost on the Protocol. Finding a sustainable and collaborative way forward is ultimately to the benefit of all communities in Northern Ireland, and to the EU and UK as a whole.”

“This Agreement means that the many areas of EU-UK cooperation, so vital to the lives of citizens across this island, can continue. The TCA secures important positives – from everyday exchanges between police forces to keep our citizens safe, to the rights of our traders to deliver goods across borders, to market access for our goods free of punishing tariffs.  All forms of Brexit have a negative impact on our economy but over the long-term the ESRI found that a trade deal would almost halve the negative impact on our GDP compared to the consequences of no deal.”

Minister Coveney also updated Cabinet this week on ongoing work to address the ongoing challenges Brexit brings to our economy and to reaffirm the Government’s support for traders and operators as they adapt to the permanent changes in our trade with Great Britain.  The Minister informed colleagues that:

“Notwithstanding the Government’s extensive readiness preparations, and the very welcome conclusion of the TCA, challenges and risks remain.  Our fishers, our hauliers, and our importers and exporters are at the sharp end of these unavoidable changes. Nothing can replace the seamless relationship that existed during the UK’s membership of the EU but the Government remains wholeheartedly committed to providing all of the support and guidance that we can as we navigate these challenges together.”

The EU-UK Trade and Cooperation Agreement has provisionally applied since 1 January. Following the positive endorsement of the Agreement, through a plenary consent vote of the European Parliament, the final formalities in ratifying the Agreement – by the EU and the UK notifying each other of the completion of their respective procedures – can take place. These will be completed in time for the expiry of the period of provisional application on 30 April.

The GDP figures referred to in this Press Release are set out in Ireland and Brexit: modelling the impact of deal and no-deal scenarios ESRI, March 2019