Diplomatic Service Medal with Honours to be Conferred in December 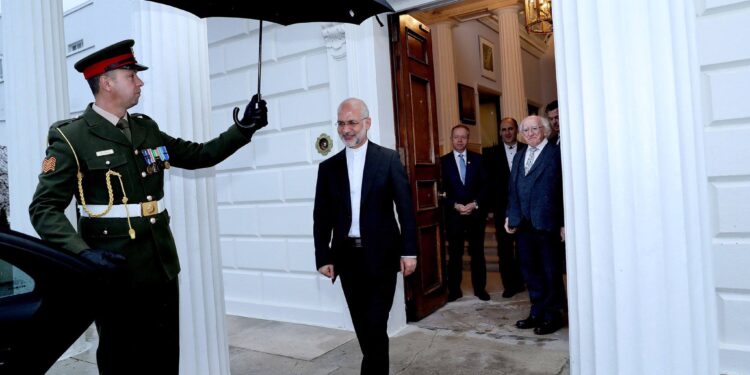 Dr. Eslami’s efforts in the field of strengthening the bilateral relations between Ireland and Iran have been instrumental in bringing the two nations closer together.  In 2021, Ireland re-established a Diplomatic Mission in Tehran, headed at Chargé d’Affaires level.  Because of the work of the two nations, for which Dr. Eslami deserves a great level of credit, Minister for Foreign Affairs Simon Coveney, T.D. announced Ireland’s commitment to re-open an Irish Embassy in 2023 as part of the Global Ireland strategy.

In March 2021, Minister Coveney visited Tehran where he met with then President Dr. Hassan Rouhani and Foreign Minister, Dr. Javad Zarif.  Those discussions demonstrated both the practical and strategic benefit to Ireland and Iran in building stronger relationships and included discussions on the Joint Comprehensive Plan of Action (JCPOA), a critical agreement that has languished in the past few years.  Dr. Eslami’s indespensible work helped play an integral part of the success of that visit and the advancement of bilateral relations between Ireland and Iran as well as multilateral relations with the wider European Union. 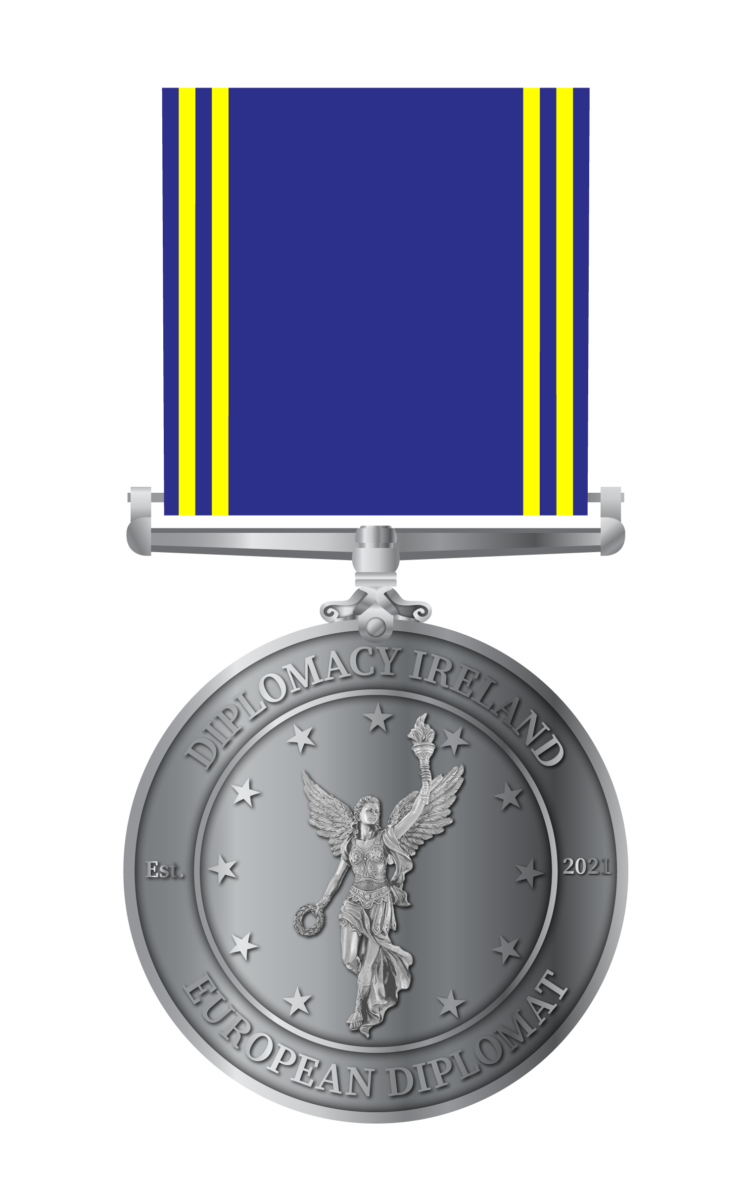 Comments from Editor-in-Chief Miceál O’Hurley
“Dr. Eslami and the Embassy of the Islamic Republic of Iran’s contribution to bilateral relations cannot be overlooked.  Few people have helped accomplish so much on behalf of their nation in terms of bettering their bonds with Ireland.  His affable smile and genuine warmness of character are only matched by his deep intellect and skills as a diplomat.” said O’Hurley.  “At a difficult time in world affairs, when old relationships were strained, Dr. Eslami and the Islamic Republic of Iran forged a stronger bond with Ireland and it can only be to the benefit of the Irish and Iranian people, who both hold faith as a cente of their lives, family as vitally important and the preservation of culture and hopes for peace as a mutual ambition.  Dr. Eslami is to be congratulated on being part of this renewed and beneficial relationship between Iran and Ireland,” concluded O’Hurley.

Comments from Awards Chairperson Oksana Shadrina
“If diplomacy is the art of building relationships, Dr. Eslami has proven himself a master” remarked Shadrina.  “Moreover, he was able to continue the diplomacy he began early in his tenure throughout the pandemic and see its labours come to fruition when Ireland re-established a diplomatic presence in Tehran with a commitment to have an Embassy within 2-years. Dr. Eslami’s work is exemplar of what can be accomplished, even in difficult times, when the refined skills of diplomats are used to bring great nations closer together,” Shadrina said.

Looking Back - 1 Year Ago - Interview with Russian Ambassador to Ireland