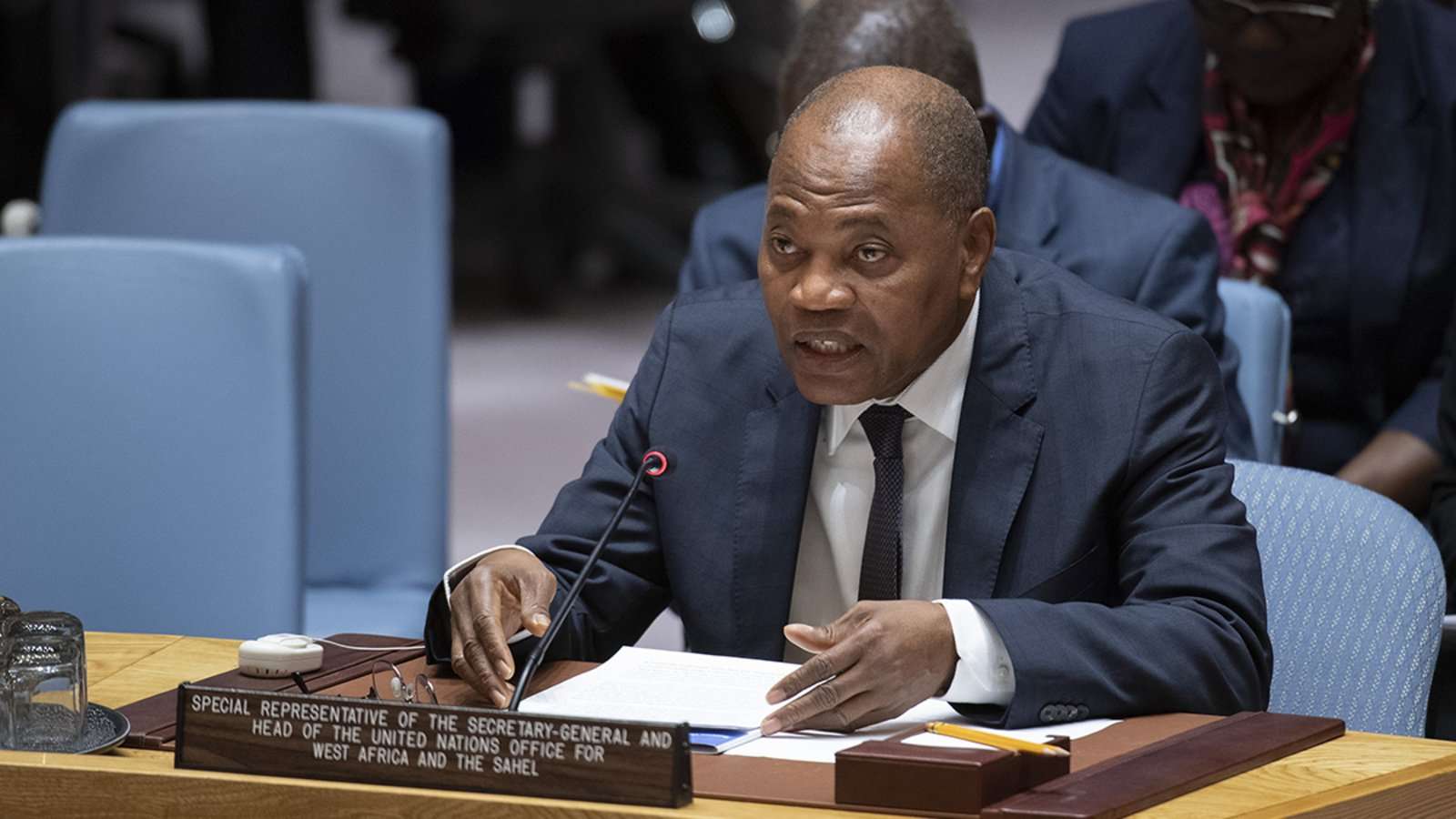 UNITED NATIONS – On 2 June 2021, the Permanent Mission of Niger, Chad, Mali, and Mauritania jointly with the Permanent representations of the African Union and the European Union, together with the Permanent Missions of Estonia, France, Ireland, Kenya, Mexico, Norway, Saint Vincent and the Grenadines, Tunisia, the United Kingdom, the United States, and Viet Nam co-hosted an Arria Formula meeting to explore how to strengthen an integrated approach to peace and security in the Sahel through a gendered lens. This Arria meeting will be sanctioned by the launch of the Group of Friends of Women of the Sahel.

Niger organised the meeting to address the gender inequality and insecurity that women and girls disproportionately experience on a continuing basis in the Sahel region of Africa.  The Sahel is the ecoclimatic and biogeographic realm of transition in Africa between the Sahara to the north and the Sudanian savanna to the south. Having a semi-arid climate, it stretches across the south-central latitudes of Northern Africa between the Atlantic Ocean and the Red Sea.  The region has been adversely effected, particularly by conflict, food shortages, economic insecurity and climate change.  The Sahel part of Africa includes from west to east parts of northern Senegal, southern Mauritania, central Mali, northern Burkina Faso, the extreme south of Algeria, Niger, the extreme north of Nigeria, the extreme north of Cameroon and Central African Republic, central Chad, central and southern Sudan, the extreme north of South Sudan, Eritrea and the extreme north of Ethiopia.  Sahel inhabitants were historically semi-nomadic.

According to the United Nations Security Council website, The Group of Friends of Women of the Sahel will be launched at the meeting. Ambassador Abdou Abarry (Niger) will chair the meeting, which Niger co-convened with 11 other Council members (Estonia, France, Ireland, Kenya, Mexico, Norway, Saint Vincent and the Grenadines, Tunisia, the UK, the US and Viet Nam), and together with Chad, Mauritania, the AU and the EU.

Deputy Secretary-General Amina Mohammed, who undertook several visits to the Sahel in recent years to focus on women’s participation, will deliver the opening address. AU Permanent Observer to the UN Fatima Kyari Mohammed and EU Ambassador to the UN Olof Skoog will also provide opening remarks as co-chairs (together with Niger) of the Group of Friends of Women of the Sahel. Nana Aïcha Cissé, Regional Coordinator of the G5 Sahel Women’s Platform, is expected to deliver a statement at tomorrow’s meeting. Statements are also expected from representatives of the co-chairs of the Group of Friends’ Advisory Leadership Board, including: UN Women Executive Director Phumzile Mlambo-Ngcuka; Assistant Secretary-General and Deputy Executive Director of the UN Population Fund (UNFPA) Diene Keita; and Ousmane Diagana, Regional Vice President for Western and Central Africa at the World Bank. In addition to Council members, member states that intend to join the Group of Friends of Women of the Sahel will make statements. The meeting will take place in person, with speakers from west Africa participating via videoconference. The meeting was webcast on UNTV.

The concept note for the meeting underscores that stability and prosperity in the Sahel will require an integrated and gender-responsive approach that combines local governance, peacebuilding and human development. It states that women are underrepresented in decision-making and peace processes and face increased threats to their security and human rights, including in the form of sexual and gender-based violence linked to conflict and violent extremism. Notwithstanding these challenges, women peacebuilders in the Sahel are “leading momentous change”, according to the concept note, as first responders within their communities and as key players to prevent and mitigate the effects of hazards such as climate-induced disasters. The concept note says that “progress will be more sustainable, inclusive, faster and greener” if women and girls are meaningfully involved.

The objective of the Group of Friends of Women of the Sahel will be to “inform the discourse, policy and practice on and in the Sahel by furthering the full, equal and meaningful participation of women in development and peacebuilding”. The security situation in the Sahel receives ample attention at the UN—including in Security Council meetings which address the situation in Mali, the Group of Five for the Sahel joint force, and strategies to tackle root causes of conflict, such as the UN Integrated Strategy for the Sahel.  However, the effects of insecurity on women in this sub-region and their role in addressing these effects are less often discussed. The Group of Friends will seek to raise attention to the disproportionate impact of many of the Sahel’s challenges on women and girls, and to support and amplify organisations led by women in the sub-region.

The Group of Friends is expected to meet on a quarterly basis in New York, with two meetings a year anticipated at ministerial level. The participation of Aïcha Cissé at the meeting is envisioned as the start of a process to provide women’s groups in the Sahel an audience in UN meetings. Among other objectives of the Group of Friends is to foster exchanges between women of the Sahel and other regions on issues of development, peace and security.

UN Women and the Office of the UN Special Coordinator for the Sahel are the proposed co-leads of the Advisory Leadership Board that will be established for the Group of Friends, which is apparently a relatively new construct for a UN group of friends. Diagana of the World Bank, which will serve on the board, may address the issue of funding for women’s organisations in the Sahel. He may note that only a small percentage of aid goes to such groups. Keita of UNFPA, also an advisory board member, may speak about the implications of the Sahel having one of the world’s highest birth rates and one of its youngest populations. While this creates challenges, the concept note also highlights opportunities, stating that “unlocking the full potential of young women, adolescents and girls will be a game changer”.

The concept note proposes several questions for participants to consider at the Arria-formula meeting, included:

Following the meeting, informal comments to the media were made by Abdou Abarry, Permanent Representative of Niger to the UN, Abdoulaye Mar Dieye, Special Coordinator for development in the Sahel, following the Arria formula on the launch of the Group of Friends of Women of the Sahel.  The informal comments coverage was webcast by the UNSC and can be viewed by clicking on the image.

Statement by Permanent Representative of Ukraine to the UN
Mr. Sergiy Kyslytsya a
t the UNSC Arria Formula Meeting on
Strengthening an Approach to Peace and Security in the Sahel Through Gender Lens

Ukraine appreciates the initiative of the Permanent Mission of Niger to hold this Arria formula meeting and thanks to the delegations of the European Union and the African Union as its co-chairs, as well as all briefers and speakers for their presentations.

Ukraine has always been committed to promoting the Women and Peace and Security agenda as a state that, as an elected Security Council member for 2000-2001, was involved in preparation and adoption of the Resolution 1325, as well as a country affected by the international armed conflict.

This insecurity in the region has disproportionately affected women and girls, who are particularly vulnerable to the threats stemming from attacks by armed groups and violent extremism, poverty, sexual violence and discrimination, as well as climate change.

Since gender equality has several dimensions, it is equally important to consider the socio-economic aspects of gender equality in the Sahel region. ECOSOC resolutions on this topic defined the main UN agencies’ activities in this region. Last year the ECOSOC transition event focused on multidimensional and interconnected challenges in the central Sahel region, particularly on reducing needs, risks and vulnerabilities for people through closer humanitarian, development and peacebuilding collaboration.

The COVID-19 pandemic has also brought women and girls in the Sahel to higher risks due to their disproportionate presence in the informal economy and activities, that cannot be done remotely. They do not have the same access to resources, digital technologies, education, job and business opportunities as men.

As the Vice-President of this ECOSOC session, I believe that special attention to this topic should be paid at the ECOSOC Humanitarian Segment in June this year.

Conflicts and climate change have gender impacts on communities in the region, including in the context of male out-migration and increased share of female-headed households, as well as women’s important role in economic and social developments in the Sahel countries.

At the same time, local women have been marginalized from conflict resolution and peacebuilding efforts, despite the obvious benefits for peace processes from women’s engagement. Being a part of long-lasting practices of limitation of women’s access to decision-making and political careers in regional societies, this inequality should come to an end.

This is Ukraine’s strong belief as a consistent promoter of the WPS agenda as well as a contributor to UN peace operations in the Sahel region, including to MINUSMA.

We, therefore, support the initiative to launch the Group of Friends of Women of the Sahel and are ready to contribute to the Group’s activities.

Minister Coveney Launches the Government’s Strategy for the Nordic Region