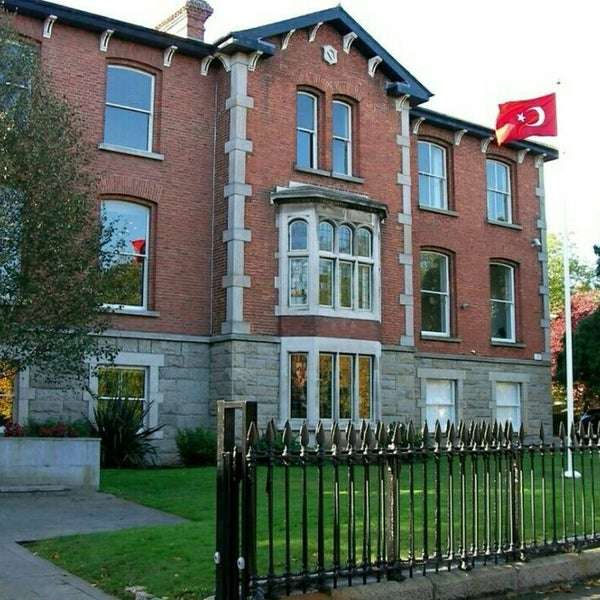 Today (July 15th ) marks the 5th anniversary of the heinous bloody coup attempt perpetrated by a small faction in the Turkish Armed Forces. On this day, we commemorate the utmost sacrifice made by The Turkish people who gave their lives for the protection of democracy, freedoms and constitutional order.

On the evening of July 15th 2016, Turkish people lived through an ordeal that was unprecedented in Turkish history: The Bosphorus Bridge was closed by tanks; unarmed protesters were shot and killed at the very same spot. Tanks rolled on the streets, running over people. Helicopters fired at civilians protesting the putsch. Jets bombed the Parliament, the Presidential Palace and Ankara Police HQ. An elite squad was sent to assassinate the elected President. The terrorist plotters also raided major private and state media, either to force them to announce the messages of the plotters or to silence them.

However, when President Erdoğan called on the people, tens of thousands of unarmed civilians poured into the streets to protect Turkish democracy and its legitimately elected President and Government. A vast majority of the armed forces stood by the citizens against the plotters. The success of the Turkish people’s resistance in the face of a military coup attempt stands as a unique example in history.

This was not only the bloodiest coup attempt in Turkish history, but also the most organized terrorist attack, which Turkey had ever been subjected to. The coup attempt failed, leaving behind 251 deceased and over 2000 maimed or wounded.

It is now evident beyond any doubt that the coup attempt was led by a network of terrorists in military uniform supported by some civilians and groups known to be affiliated with “Fethullah Terrorist Organization” (FETO) who infiltrated and disguised themselves in state institutions.

Turks from all backgrounds and with different political views thwarted the plot in historic solidarity as they stood bravely before the tanks reclaiming their democratic rights. The Turkish media also played a key role in foiling the coup attempt.

Resilience and the determination of the Turkish people to protect their democracy made it possible to avert the coup staged by FETO terrorists.

United together against this violent conspiracy, all political parties and Members of the Turkish Grand National Assembly stood firmly by democracy, legitimate democratic institutions and the Constitution as reaffirmed in a Joint Declaration issued during the extraordinary meeting of the Parliament on 16th July 2016.

The 7 August 2016 rally in Istanbul gathered more than 5 million people from all political backgrounds and addressed by President Recep Tayyip Erdoğan, Prime Minister Binali Yıldırım and leaders of the main Opposition Parties, was another historic milestone. The rally itself demonstrated the staunch and united position of Turkish people against the putschists and the conviction that FETO was the culprit of this despicable attempt.

Having thwarted this most violent act of terror and treason against its democratic institutions, the Turkish State took necessary measures within the confines of its Constitution and laws to protect its own citizens. Hence a state of emergency (SoE) was declared and measures were taken to remove FETO terrorists from the state institutions they had infiltrated.  This has been achieved taking into consideration the obligations in compliance with the international treaties to which Turkey is a party and the principle of rule of law. Due respect is being shown to fundamental rights and freedoms and all legal procedures are being conducted by the independent judiciary in a transparent manner. Legal remedies, including individual application to the European Court of Human Rights (ECHR) are available.

Turkey healed her wounds during the last four years. The state of emergency was lifted on 19th July 2108.  Turkey’s commitment to democracy, rule of law and its international obligations has been confirmed once again by the termination of the SoE. Moreover, upon the advice of the Council of Europe, The Inquiry Commission on State of Emergency Measures was established to process the complaints of those affected by these measures. The Commission started to receive applications on 17 July 2017 and received 126.674 applications as of 28 May 2021. The Commission delivered 115.130 decisions. 14.072 of those were decisions of acceptance of the claims. So, 91 percent of the total applications have been decided since the date of the beginning of the Commission’s decision-making process. Domestic legal remedies are available against the decisions of the Commission. This Inquiry Commission has been recognized by the ECHR as an effective domestic remedy.

Turkey’s fight against terrorism, be it DEASH, AL-QAIDA, PKK/YPG, DHKP-C, FETO will continue unabated without any discrimination as to nationality, religious belief or ethnic origin etc.

In fact, the fight against terrorism (without any adjectives attached), which is a global threat, should be countered globally. To be successful in this respect, unreserved cooperation at the global level is absolutely indispensable.

Turkey has now embarked upon comprehensive reforms in all fields, administrative, judiciary, economic and so forth with the aim to achieve a more efficient and effective administration,  strengthening at the same time democracy, fundamental rights and freedoms, rule of law in line with its strategic objective of becoming a full member of the EU.