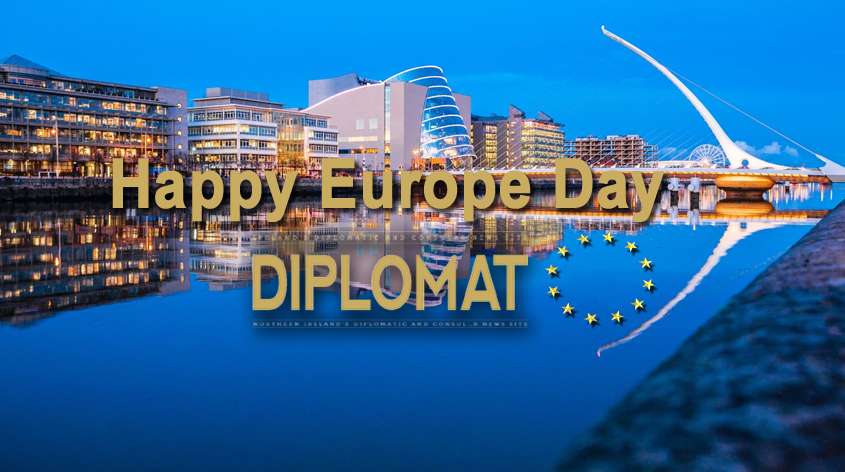 Everyone at Diplomacy in Ireland – The European Diplomat wish our friends and neighbours a very Happy Europe Day.

Europe Day held on 9 May every year celebrates peace and unity in Europe. The date marks the anniversary of the historic ‘Schuman Declaration‘.  At a speech in Paris in 1950, Robert Schuman, the then French foreign minister, set out his idea for a new form of political cooperation in Europe, which would make war between Europe’s nations unthinkable.  His vision was to create a European institution that would pool and manage coal and steel production. A treaty creating such a body was signed just under a year later. Schuman’s proposal is considered to be the beginning of what is now the European Union.

To celebrate Europe Day, the EU institutions traditionally open their doors to the public in early May.  Local EU offices in Europe and all over the world organise a variety of activities and events for all ages.  Each year thousands of people take part in visits, debates, concerts and other activities to mark the day and raise awareness about the EU.

Since the start of the COVID-19 crisis, the EU is inviting citizens from across Europe and the world to discover it in a safe and mostly virtual way, with physical or hybrid events and visits taking place where sanitary conditions allow it.

Find out about Europe Day 2021 activities

Find out more about Europe Day 2020