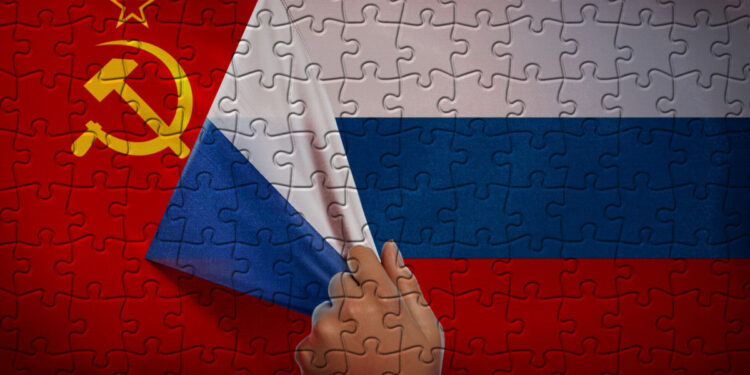 PARIS — There are Russian forces in Moldova, Belarus, on three sides of Ukraine, and now rolling westward from Siberia.

Vladimir Putin insists there aren’t Russian forces in Kazakhstan. And in his own warped manner, he’s right. The military units that have effectively taken over this former Soviet republic—the Collective Security Treaty Organization (ODKB)—comprises military forces of six former and still utterly loyal states: Armenia, Belarus, Kyrgyzstan, Tajikistan, Kazakhstan and of course Russia. So, it didn’t take much to call in these forces. Well, actually most of them were Russian Spetsnaz, but they wore the insignia of the ODKB.

It’s all part of a very grand strategy that has still not fully dawned on the West. Putin is intent on reassembling the Soviet Union and, in a twenty-first century fashion, the Warsaw Pact as well.  So far, he’s winning.

Putin is especially adept at playing the long game. It’s a trait he learned during the waning days of the KGB, in which he served, and from his study of and experience with the Soviet leadership. Most survivors of those days believe that if it weren’t for some impetuous and weak-kneed actions by the last Soviet leader, Mikhail Gorbachev, an iron-hand-in-a-velvet-glove [ железная рука в бархатной перчатке ] playbook might have preserved the Soviet state. This is a view certainly shared by Putin. And now he is in a position to act on this. Indeed, a Putin-like posture by Gorbachev might even have worked long enough for soaring oil prices to have provided the kind of foundation it’s now provided the current ruler of the Russian empire.

Instead, America, most of Europe and the world must confront an increasingly ugly reality. Putin is prepared to do whatever it takes to re-assemble a colossus where the Kremlin can feel secure and which will enable its re-emergence on the world stage as a respected, even feared, superpower.

Just what does that entail?  First, Putin needs desperately to secure his ‘near abroad‘—expanding the red lines around the core Russian state by adding buffer nations. That was one of the original real reasons for the assembly of the Warsaw Pact—that and as means of demonstrating Moscow intended to stand nose-to-nose with NATO and refuse to bend to any western demand.

Not that much has changed. Except that a substantial portion of the Warsaw Pact is now a member of NATO. In 2004, seven East European states including three former republics of the Soviet Union itself—Estonia, Latvia and Lithuania—joined the Atlantic alliance. Not surprising that Putin is quite desperate to make certain—even to the point of war—that not another single element of the former Soviet Union is ever in a position to join.

Putin’s own threats have suggested the lengths to which he might go to assure he has his way. He seems prepared to re-litigate the Cuban Missile Crisis of 1962 when in a showdown with John F. Kennedy, Nikita Khrushchev blinked and stood down on his threat to install nuclear missiles in Cuba, just 400 miles off the Florida coast. Now, Putin has threatened to install his new hypersonic missiles on nuclear submarines stationed in the Atlantic, barely a five-minute flying time from Washington. He also has no interest in withdrawing weaponry from the Kalingrad salient, strategically situated between Poland, Lithuania and the Baltic Sea. There are also a host of companies and strategic networks deeply vulnerable to Russian cyber-attacks from Munich to Michigan. Russia has already provided a taste of that form of warfare in a broad-based denial-of-service attack on the entire Estonian web in 2007 and most recently in a rather clumsy, but no less demonstrative attack on Ukrainian government websites in January. And of course, there are the 100,000-plus troops surrounding Ukraine with more armored divisions en route from as far as Siberia.

That said, there will be no winners in an all-out confrontation between Russia and the west. Just how that can be avoided, however, is far from clear at the moment.

David A. Andelman, twice winner of the Deadline Club Award, is a chevalier of the French Legion of Honor, author of “A Red Line in the Sand: Diplomacy, Strategy, and the History of Wars That Might Still Happen” and host of its Evergreen podcast. He formerly was Eastern Europe bureau chief for The New York Times and Paris correspondent for CBS News. David is also a Columnist for CNNOpinions and has now joined Diplomacy in Ireland – European Diplomat as a Special Contributor.  Follow his Substack column David A. Andelman Unleashed. Tweets @DavidAndelman