Mr. Ohan Yergainharsian, a member of the Armenian Diaspora, is a long time resident and citizen of Ireland.  In April, 2008, The Government of Armenia nominated Ohan to serve as Honorary Consul of the Republic of Armenian in Ireland and the Minister for Foreign Affairs confirmed his appointment on behalf of the Irish government.  Over the past 13-years, Ohan has been active in providing Consular assistance to the Armenian community in Ireland as well as working diligently to build bilateral relations and greater understanding between Armenia and Ireland.

Working in cooperation with the Armenian community, Ohan was one of the leaders who worked to establish St. Hripsime Armenian Sunday School (Dublin) in 2009.  A centre for community and worship in the confession of the Armenian Apostolic Church, St. Hripsime also serves as a cultural centre, helping parents who have chosen to make Ireland their home pass-on to their children the Armenian language, culture and traditions.

The combination of Consular and community work, and Ohan’s leadership in the private sector as Founder and CEO of Sona Nutrition, Ltd., a nutrition and health supplements company with a global reach, has been instrumental in enhancing the bilateral relations between Armenia and Ireland and assisting the Armenian community in Ireland to prosper and integrate all while maintaining the ancient richness of Armenian culture, faith and traditions that significantly adds to the richness of Irish life and society. Mr. Yergainharsian’s service as Honorary Consul of Armenia to Ireland over the past 13-years has been distinguished and is worthy of praise and recognition by the diplomatic community.

Given the years of service to Armenia as Honorary Consul, his long-term service to the community, his acumen as a business leader with Sona Nutrition, Ltd., and the care and concern he has shown for both Armenians and Irish citizens in need, the Armenian Community in Ireland are happy to be the Patron for this year’s award of the Diplomatic Service Medal to Mr. Ohan Yergainharsian.  Members of the Armenian community will assist in the presentation of the Award to Ohan Yergainharsian, Honorary Consul of Armenian to Ireland, in the Diplomacy in Ireland – The European Diplomat Awards 2021. 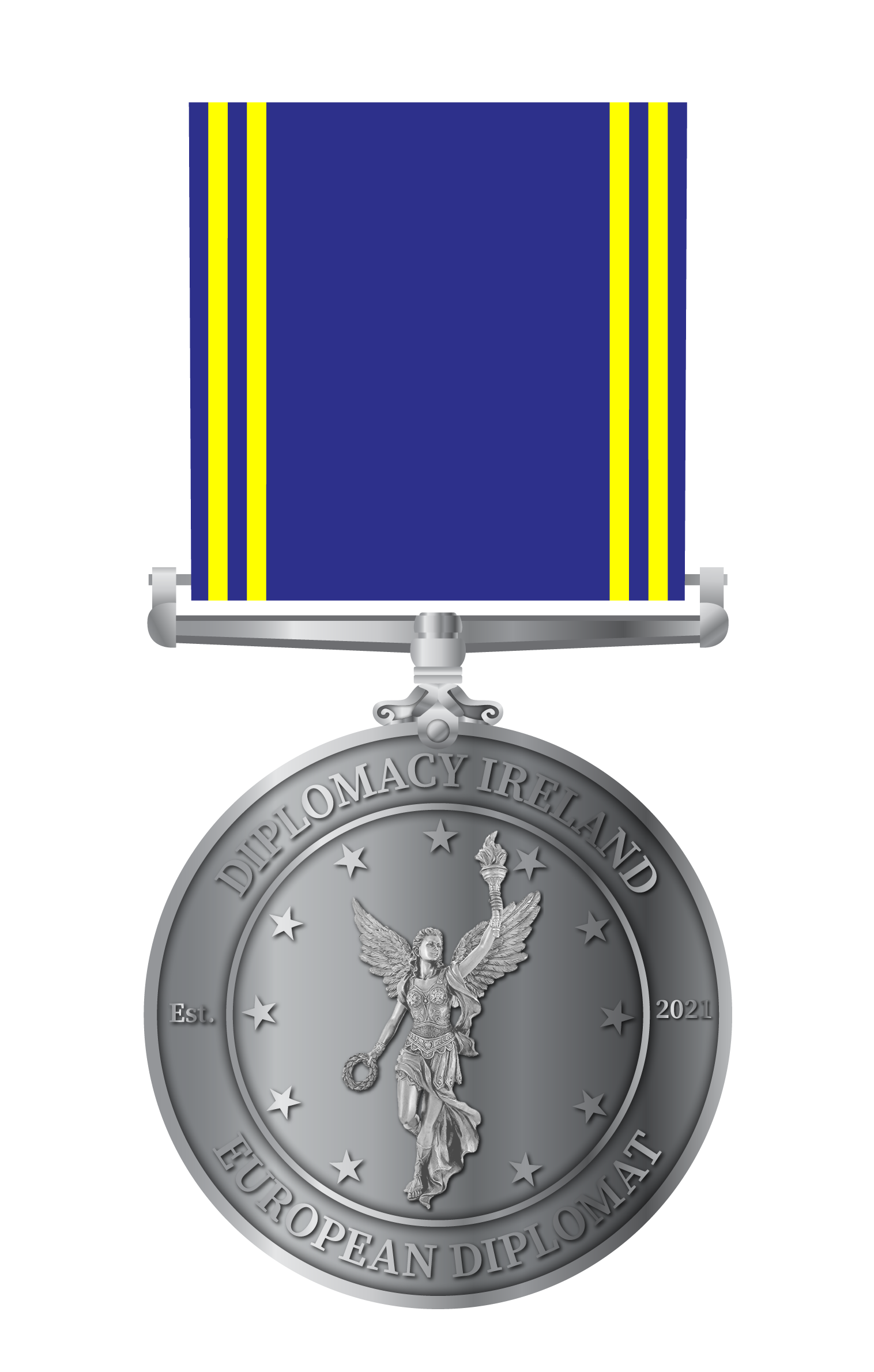 Comments from Editor-in-Chief Miceál O’Hurley
“Few Honorary Consul have contributed so distinctly to the fabric of their people all while building stronger ties between their nations and Ireland as Ohan has done for Armenia and the Armenian diaspora community in Ireland,” said O’Hurley.  “The same skill, determination and care he took in building Sona Nutrition, Ltd. was and continues to be given to the Armenian-Irish community and to the field of consular and diplomatic activities he undertakes on behalf of Armenian-Irish bilateral relations.  Not only for the many years of his service, but for the skill and acumen with which he has discharged his duties as Honorary Consul of Armenia in Ireland, Ohan Yergainharsian deserves both our congratulations and this very deserved recognition,” O’Hurley commented.

Comments from Awards Chairperson Oksana Shadrina
“With a relatively small Armenian community in Ireland, most would have been content to perform their duties when issues arose requiring their attention,” Shadrina commented.  “That is not Ohan Yergainharsian!  Over the past 13-years he has sought ways to build the community, participate in ways both great and small, roll-up his sleeves, help meet the needs of the Armenians in Ireland as well as anticipate and deliver on ways of serving that make a measurable difference in their lives, the lives of their children and the preservation of Armenian faith, culture and language which distinctly add to the quality and richness of Irish life.  He has performed no small measure of good work in promoting bilateral relations between Armenia and Ireland and it is our privilege to recognise such outstanding work from such a worthy person,” added Shadrina.

Remembering the Victims of Ukraine’s Holodomor