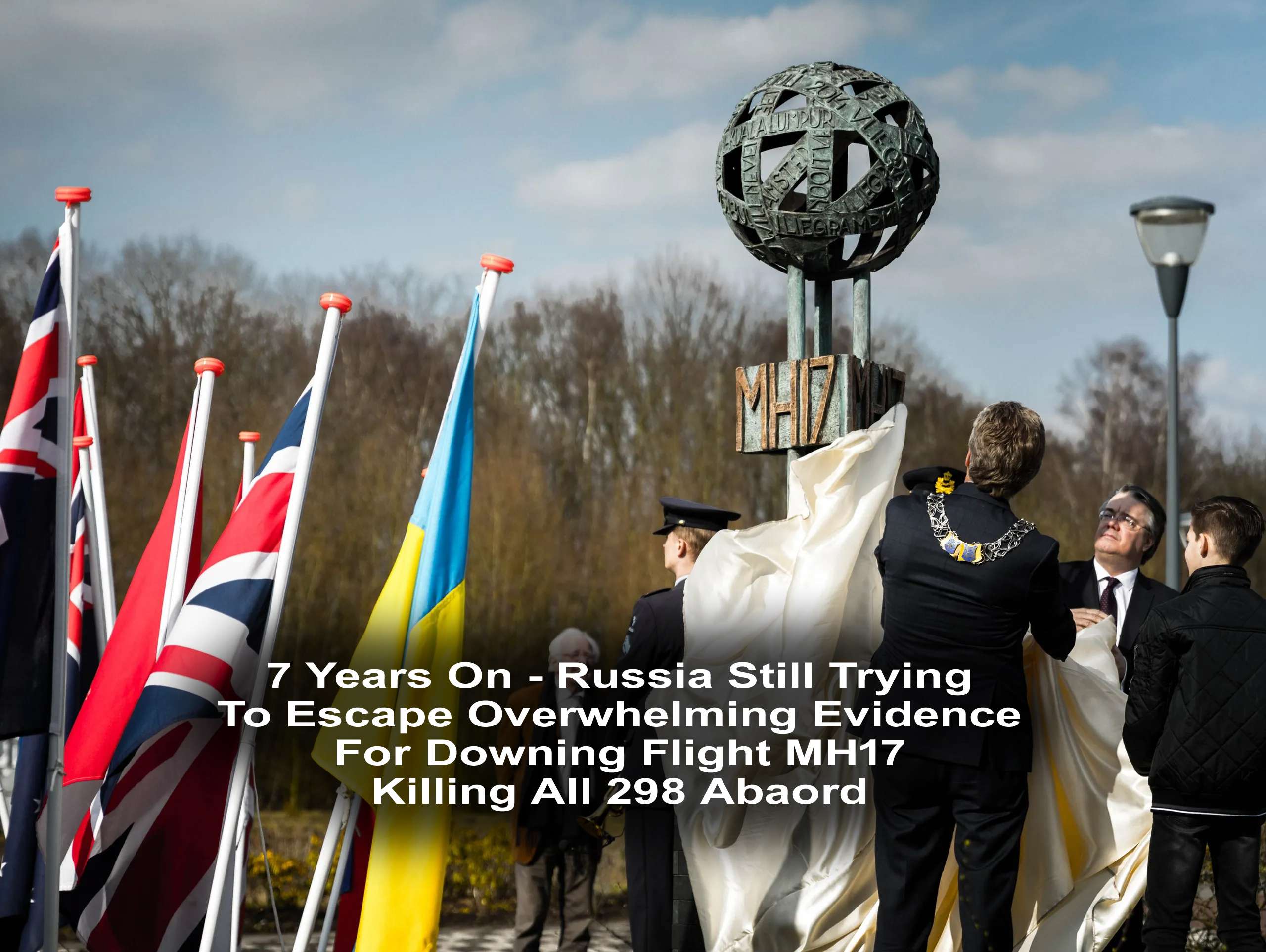 THE HAGUE – 7 years ago, 17 July 2014, Russian forces that had commenced their occupation of parts of Ukraine’s Donbas and Crimea fired a BUK missile at Malaysian Airlines flight MH17, killing all aboard.  The 298 souls who died as the metal fleshettes ripped through the aircraft causing its ensuing crash were commemorated today in countries across the world who lost citizens.   Amongst the passengers killed by Russian forces that day was an Irish mother of two children, Edel Mahady.  The plane had been on its way from Schiphol to Kuala Lumpur. Same as last year due to the coronavirus, the commemoration was held online at 2 p.m. on Saturday.

During the memorial held today in the Netherlands, the names of all 298 victims read aloud in a solemn ceremony.  Prime Minister Mark Rutte Presided over the event along with the Chairperson of the MH17 Crash Foundation, Piet Ploeg.  Both delivered remarks also held a speech. Before the start of the pandemic, the memorial was held yearly at the national memorial monument in Vijfhuizen.  During the memorial, the names of the 298 victims were be read aloud. Prime Minister Mark Rutte and the chair of the MH17 plane crash foundation, Piet Ploeg, also held a speech. Prior to the Covid-19 pandemic, the memorial was held annually at the national memorial monument in Vijfhuizen.

In 2017, survivors of the 298 who were murdered by Russian forces gathered as The Netherlands unveiled a memorial to victims of the downing of Malaysia Airlines flight MH17.  At the unveiling, Dutch King Willem-Alexander and Queen Maxima joined surviving family members, including small children, to unveil the monument in the village of Vijfhuizen, outside of Amsterdam.  The Dutch poet laureate composed a somber piece for the unveiling.  Famed Dutch vocalist Natasja Den Toom sang in honour of the victims and survivors. (Video Courtesy – Star TV/Youtube)

Last year, criminal proceedings were started against four suspects who have been held believed to be responsible for the tragedy.  The four suspects include three Russians and one Ukrainian who assisted the Russians in their aggression against Ukraine and ultimately, those aboard MH17.  The case is held in a special court at Schiphol.

To date, the defense has repeatedly sought to delay the proceedings, at times even claiming they cannot access data provided to them by the Prosecution.  The Court has refused many of the defence’s motions.  Despite numerous intercepted radio and telephone communications were presented in evidence, the defense continues to claim they are the product of ‘manipulation’ without providing any evidence of the same.

On 31 August 2020 the Court, sitting at Schiphol, decided that Ukrainian law was applicable in assessing the claims for compensation to be submitted by relatives.  Counsel for the relatives consulted experts on Dutch international private law and Ukrainian civil law on the matter.  Counsel for the relatives presented the resulting reports together with the claims for compensation submitted.

60 Minutes (Australia) produced a comprehensive segment about Russia’s culpability in the downing of Flight MH17 which can be viewed below:

The defendants, and Russia itself, continue to claim they are simply victims of an orchestrated, Russophobic effort to bring them into disrepute, despite overwhelming evidence.