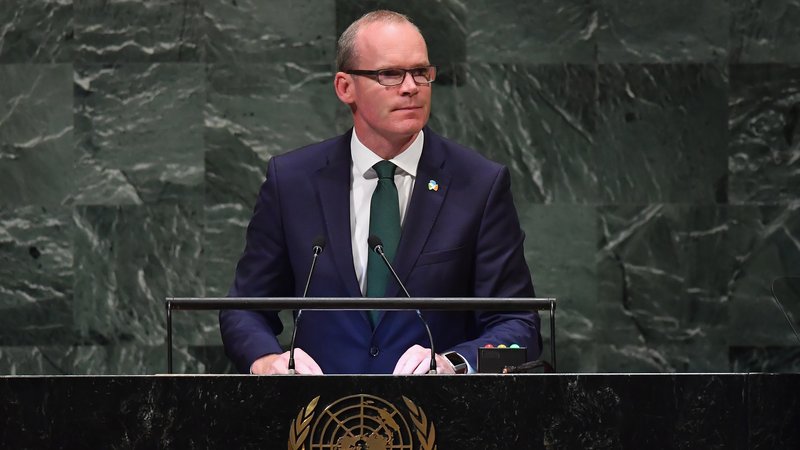 The Minister for Foreign Affairs and Minister for Defence, Simon Coveney, T.D., will travelled to New York yesterday, 8 September, for a series of engagements related to Ireland’s Presidency of the United Nations Security Council.

On 9 September, Minister Coveney will chair the Quarterly Debate on the UN Assistance Mission in Afghanistan (UNAMA). This meeting will focus on recent developments in Afghanistan and the renewal of the UNAMA mandate, which expires on 17 September.

While in New York, the Minister will meet with the UN Secretary General, António Guterres. He will also meet with a number of high-level UN officials including Special Representative of the Secretary-General for Afghanistan, Deborah Lyons.  The Minister is also expected to preside over the adoption of a UN Security Council Resolution spearheaded by Ireland on peacekeeping. The resolution, if adopted, will focus on the transition from UN peace missions to a UN civilian presence that supports peacebuilding in post conflict environments, and ensuing that civilians are protected throughout this process.

Speaking ahead of the visit, Minister Coveney said:

“As President of the Security Council for the month of September, Ireland has a significant responsibility to steward the Council’s vital work. The Council will address a number of critical situations this month, including the situation in Afghanistan.

“We continue to call for an inclusive, negotiated, political settlement in Afghanistan, and for the protection of the rights of women and girls. The meeting on 9 September will be an important opportunity to chart a course for the UN mission in Afghanistan over the coming months. It is more crucial than ever that the UN is able to continue its political and humanitarian work on the ground.”

“Ireland has worked for months to secure agreement on this Resolution on peacekeeping.  A well-planned, managed and phased reconfiguration of the UN’s presence in post-conflict areas can ensure that peaceful conditions are sustainable and civilians are protected after peacekeepers leave. I very much hope that agreement can be reached as it is no exaggeration to say that this resolution, if adopted, would save lives, now and into the future.”

Building on this theme, the Minister will deliver a lecture at the International Peace Institute, titled Making the Link: Building the Bridge between Peacekeeping and Peacebuilding, on 9 September.

While in New York, the Minister will meet with a number of Irish-American leaders in the economic, political, media and cultural spheres to discuss the experience of the COVID-19 pandemic in New York and the opportunities and challenges faced as the economy reopens.

He will also visit the 9/11 memorial to commemorate the 20th anniversary of the tragedy, including the Irish American lives lost.