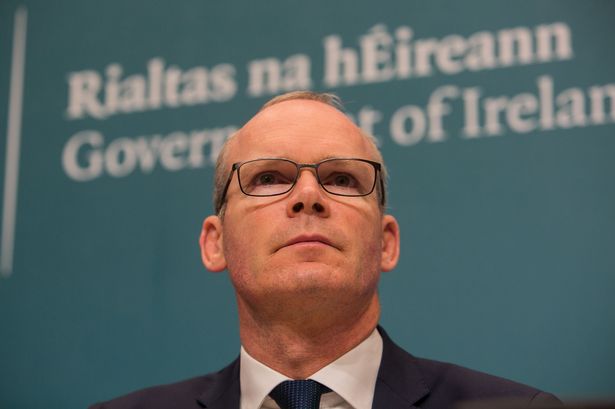 Responding to the unprecedented crisis in Afghanistan, the Minister for Foreign Affairs, Simon Coveney TD, the Minister for Children, Equality, Disability, Integration and Youth, Roderic O’Gorman TD and the Minister of State for Law Reform, Youth Justice and Immigration, James Browne, TD, today announced the provision of up to 150 additional humanitarian visas for Afghans under the Irish Refugee Protection Programme (IRPP).

Speaking in an emergency meeting of the United Nations Security Council on the situation in Afghanistan today, Ireland strongly condemned the appalling attacks perpetrated against civilians, and called for an immediate end to violence and intimidation. Ireland specifically condemned attacks targeted against women and girls and joined other Council members in calling for safe and reliable humanitarian access, and for the work of all relevant UN agencies and humanitarian partners to be facilitated without exception.

Following the meeting, the Council issued a Press Statement, calling for “an immediate cessation of all hostilities and the establishment, through inclusive negotiations, of a new government that is united, inclusive and representative – including with the full, equal and meaningful participation of women”. The Council expressed deep concern at “the number of reported serious violations of international humanitarian law and human rights abuses” and underlined that all parties must respect their obligations under international humanitarian law in all circumstances. The Council called for “immediate, safe and unhindered humanitarian access for United Nations humanitarian agencies and other humanitarian actors providing assistance, including across conflict lines, to ensure that humanitarian assistance reaches all those in need”.

Ireland has been a strong advocate for the rights of women and girls in Afghanistan and has highlighted the importance of upholding the fundamental human rights of all people living in Afghanistan.

Ireland will play its part in providing practical support to some of those under threat from the Taliban by providing for their resettlement in Ireland. Priority will be given to those working on human rights issues, including the rights of women and girls, as well as those working with NGOs and European and international organisations. The allocation of up to 150 refugee resettlement places under the Irish Refugee Protection Programme is in addition to 45 visas already approved in recent days for Afghans in similar circumstances. The Department of Justice is also prioritising the processing of family reunification and visa applications for Afghan nationals on hand, which is expected to result in a further approximately 150 people being granted permission to enter Ireland.

Minister Coveney will take part tomorrow in an emergency meeting of EU Foreign Ministers, to discuss EU responses to the crises in Afghanistan, and its disproportionate impact on women, girls and minorities.

The Government will continue to closely monitor developments in Afghanistan and will work closely with our EU and other partners, to defend human rights and fundamental freedoms at a global level and to provide safe refuge to those who need it most at this perilous time.